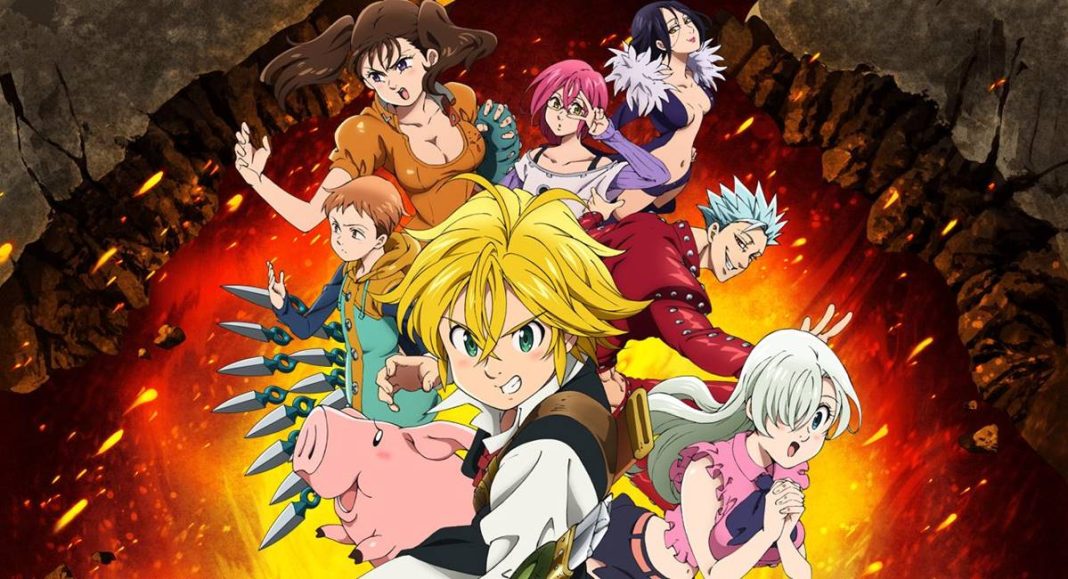 Characters of the Anime Seven Deadly Sins: Since its debut in 2014, Seven Deadly Sins, also known as Nanatsu no Taizai, has gained a following and established itself as a standout anime on Netflix. Characters in the anime are distinctively different from one another in terms of both personality and appearance. Netflix offers the movie Prisoners of the Sky, which is based on the television series, as well as all of the show’s seasons. Seven Deadly Sins is without a doubt one of the best anime programs of the 2010s due to its cult following and distinctive plots that put a new spin on the fantasy genre.

The characters’ physical characteristics mostly remain the same despite some differences between the manga and the anime. The Seven Deadly Sins cast includes a number of characters who have lived for a very long time. Reincarnation has occurred for some, while it hasn’t for others, who have stayed in the same body that seems to have reached a certain biological age.

Meliodas is a character in Seven Deadly Sins who is regarded as one of the strongest, and his abilities are extremely amazing. He is the sin of wrath, and though he is small, he is strong. In conflicts with foes, he makes use of his demon clan abilities, cunning, and agility. He once owned the pub where Elizabeth and Hawk spent most of their time, the Boar Hat. The Demon King curses Meliodas and his clan for his love of Elizabeth.

Meliodas has seen Elizabeth in many different forms pass away in front of his eyes over time. Over the years, this has hardened him, and he now spends a lot of time and energy attempting to break the curse. Meliodas is a snarky but endearing lead character who appeals to anime newcomers.

As a group member of the Giant Clan, Diane is referred to as the sin of envy. From 5’5″ to almost 30′ tall, she has the capacity to modify her size. She is extremely physically strong and carries a unique battle hammer. She has tremendous strength and speed, even though she’s a human. Diane had a thing for Meliodas in the show, but she chooses King.

She has the ability to change the earth since she possesses the power of Creation. Giant Clan chief Drole predicts that Diane will succeed him as their people’s supreme leader. Diane’s connection to the soil deepens and she gains more transforming abilities if she performs Drole’s Dance.

Ban is a Greed-based sin. The love of his life, Elaine, is the reason he has spent so much time in Purgatory. He will stop at nothing to achieve her over. Ban is a clever and adaptable foe in combat because of his capacity to take things or human body parts. He also employs the Holy Staff Courechouse, an unusual staff made up of four pieces that are linked together by chains.

Merlin eventually gives him his staff back when it is stolen from him. Ban and Meliodas eventually settle their differences and wind up becoming close friends after having long-standing animosity toward one another.

The member of the Fairy Clan and the sin of sloth, King. He is equipped with a unique spear fashioned from the Sacred Tree known as Chastiefol, which resembles a sword. When King is not engaged in combat, Chastiefol frequently appears as a green cushion despite having the ability to shift into a variety of various objects. The spear has ten distinct shapes, including a poisonous flower, a big fatal teddy bear, and a spear that resembles a crab. It is quite adaptable.

Despite King’s unassuming appearance, he is incredibly strong and has little trouble defeating even the toughest foes. He is capable of flying, levitation, and super speed. King has even greater strength and the ability to use the Sacred Tree’s power once he develops wings.

With a special beginning, Gowther is the sin of lust. Gowther is actually a magic doll that was made by a strong magician a long time ago. In terms of his friendships, he doesn’t appear to care. He struggles with the idea of empathy because he doesn’t comprehend how people feel. Despite the fact that he doesn’t seem to care what other people think of him, Gowther does comprehend the ideas of honor and duty. Gowther once felt more things, but with time, loneliness drained his spirit.

Gowther possesses the power to wreak havoc on other people’s memories and minds. In order to confuse and disable individuals, he can lock them inside their own memories. Additionally, he has the freedom to alter his own appearance.

Merlin is a mage and the sin of gluttony. She casts spells and vanquishes foes with the help of a floating ball named Aldan. Instead of using her own name, which is unknown, she goes by Merlin since it is short, straightforward, and simple to say and understand.

Merlin is incredibly strong and has a wide range of skills and spells. She has a huge range of abilities, including the ability to summon dragons, use fire, call forth lightning, find individuals, enhance magic, teleport, battle foes with icicles, and more. Check out these eerie anime programmes if you’re a fan of Merlin’s occult connections and wizardry.

The sin of Pride is called Escanor. He appears to be an incredibly powerful man during the day, but at night he deteriorates and becomes fragile. He employs Rhitta, the Divine Axe, in combat. Throughout the course of the anime, Escanor battles a number of demons while also fighting Rhitta and using his own body as a weaponries. Escanor, sadly, is one of the few characters in the game who loses their life in combat and does not have a happy ending. Furthermore, he harbors an unrequited love for Merlin.

As a talking pig who works at the Boar Hat inn, Hawk is first introduced to fans in Seven Deadly Sins. A chatterbox at times, Hawk has a large personality. Though he perceives himself as being extremely strong, Hawk really shares Kirby’s power set in that he gains specific skills by eating particular foods. Hawk can track individuals for kilometres and locate them. Hawk, however, is more than simply a magical pig because he spent part of the programme working as the Demon King’s spy after being born in Purgatory.