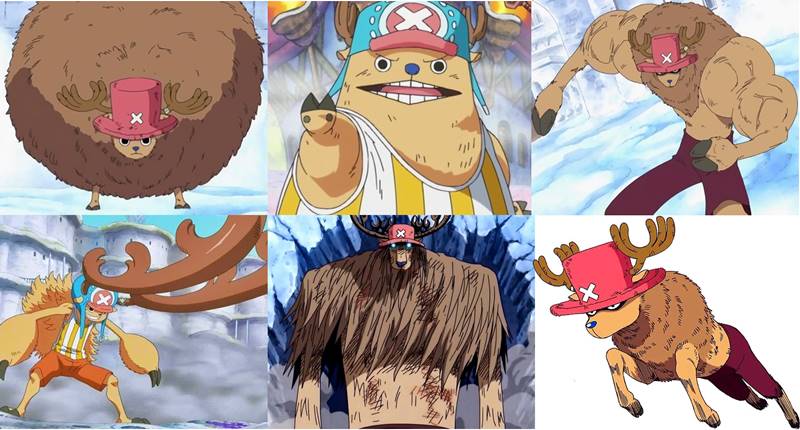 Chopper: After consuming Devil fruit he got the abilities of a human being. He was a reindeer. He had spent most of his life at Drum island. After, he joined with Monkey D. Luffy to become the King of the pirates. Because he was a member of the  Straw Hat Pirates in one piece he was an important and powerful character. By role, he was a Doctor in Luffy’s ship. So he was that pivotal important in the Crew. Now let us see ten interesting facts about Tony Tony Chopper.

Chopper is very much afraid when going to some unknown island or dealing with some threats. Even Usopp is also a coward like him. But in the end, if any problem comes in his way Chopper is very courageous. The Big Mom, a Yonko of the sea was being kicked out for the crew in Whole Cake Island by Chopper. This was backed by  Eiichiro Oda. He wanted Chopper to be cute and brave at a time. Anyway, He was in this way. He was charming and courageous at the same time.

Even though Chopper is not on the crew’s main fighters list, he is a very efficient fighter. He has devil fruit and it gives him the ability to use different points. All the points are for human strength. But the Monster point is not for that. It will make him into a big giant with so many superpowers. When he uses this he can make under the likes of CP-9 members that even with a single hit. He had displayed full strength when using it. We may think he is not strong because of his bounty but it is not the case. He is stronger and powerful.

4) Chopper Is a Doctor

Even though He is a reindeer, he is one of the good doctors in the world. So he can cure any disease. Chopper became a pure human because of the use of Hito Hito no Mi. Under the supervision of Dr. Kureha, Chopper became the best doctor. Dr. Kureha is one of the talented doctors. Chopper also learned medicine in the Torino Kingdom. This was because he can treat as a doctor in the crew more efficiently.

From Drum island, He joined the Straw Hat Pirates. So he is also the first person from the Grand Line to join the Crew. Before that Vivi was there but he left the crew. Chopper born at Drum island makes him the first member of the crew. This makes him born in the Grand Line. Nico robins joined the Straw Hat Pirates and this was followed by Chopper. It was at Alabasta and after  Shichibukai Crocodile’s defeat.

He has an epithet and all the members of the Straw Hat have that.it doesn’t make fear in his enemies because it is like his bounties. But some others have epithets that others fear. For example  ‘Black Leg’, or ‘Pirate Hunter’. Chopper’s one is called ‘Cotton Candy Lover’.it is because he is a big cotton candy lover. Also, he is not seen as a threat by the world. Anyway, from this, we understood that Chopper is the pet of Straw Hat Pirates.

Only four members in the Straw Hat Pirates use Devil Fruit and Chopper is one among them. The other members are Brook, Nico Robin, and Monkey D. Luffy. But the other three Devil Fruit users use Paramecia types. This makes Chopper unique from all three. Chopper doesn’t have Paramecia and Chopper uses Zoan type. This gives the power of Hito Hito no Mi (Human Human Fruit). Because of this Devil fruit Chopper has a human appearance and abilities.

Chopper’s voice is given by two different people in the One Piece Series. His introduction is given in episode 83. And from there to episode 253, Ikue Otani gives the voice for Chopper. From episode 254 onwards Kazue Ikura gives his voice. But this didn’t continue for so long. Only nine episodes were voiced by Kazue Ikura. Again the role of voicing was taken by Ikue Otani. She stopped her job and start to give voice to Tony Tony Chopper till now.

We know that Chopper is dangerous and strongest among the members of the Straw Hat Pirates. So the world government doesn’t take him seriously and he is not a threat to him. For the world government, he is just a kid of the Straw Hat Pirates. This is why his bounties are very few compared to the other member’s bounties. Previously he had a bounty of fifty berries in his head. After two years the number just came to a hundred. This is not near to actually what he deserves.