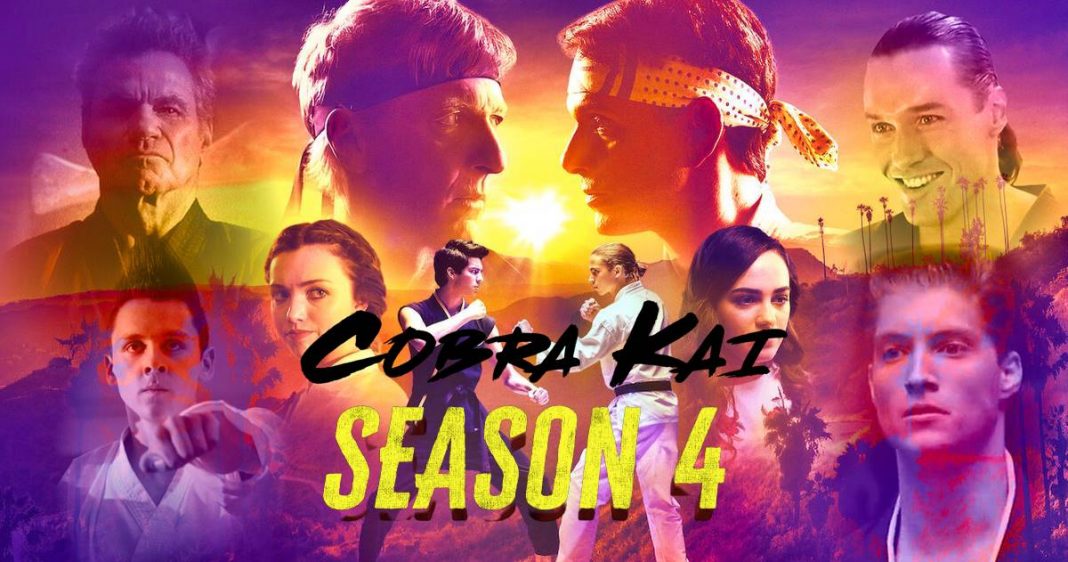 COBRA KAI SEASON 4 Teaser is dropped with its release date

more information about it. The first-ever episode of Cobra Kai

season 4 is going to be titled as “Let’s Begin”. This season

starts streaming from the month of December this year that

confirmed by its production house. This Karate Kid sequel series

popular streaming platform Netflix from its third season, and

Netflix. now it’s considered to be one of Netflix’s most

anticipated series till this date which is returning originals.

Cobra Kai Season 4 whose filming was wrappe up in the

month of May 2021. Which is now no longer will take your

wait so you don’t have to wait now for its return. Cobra Kai’s

fourth season teaser has confirmed that it is going to

premieres in the month of December over Netflix only.

This announcement was made on the day of Thursday.