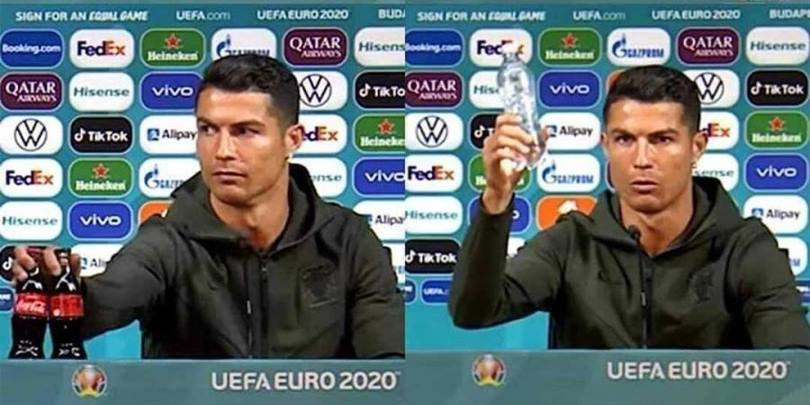 when Cristiano Ronaldo has picked up those two Coca-Cola bottles which were placed in front of him.

And he had just put off them out of his sight and after that holding up his own water bottle and said that: “Drink water.”

Coca-Cola definitely might not have impressed by this gesture of Ronaldo’s moves.

But the stock market had sense a great fall of more than 4 Billon Doller on Tuesday.

The company Coca-Cola had saw a very staggering loss of market value around $5.2 billion which just wiped off from its own market value in just a moment roughly in 1 hours just after Ronaldo has made his press conference.

What Lessons we Should learn from it:

And at last all we can say is Prefer Water, Drink Water