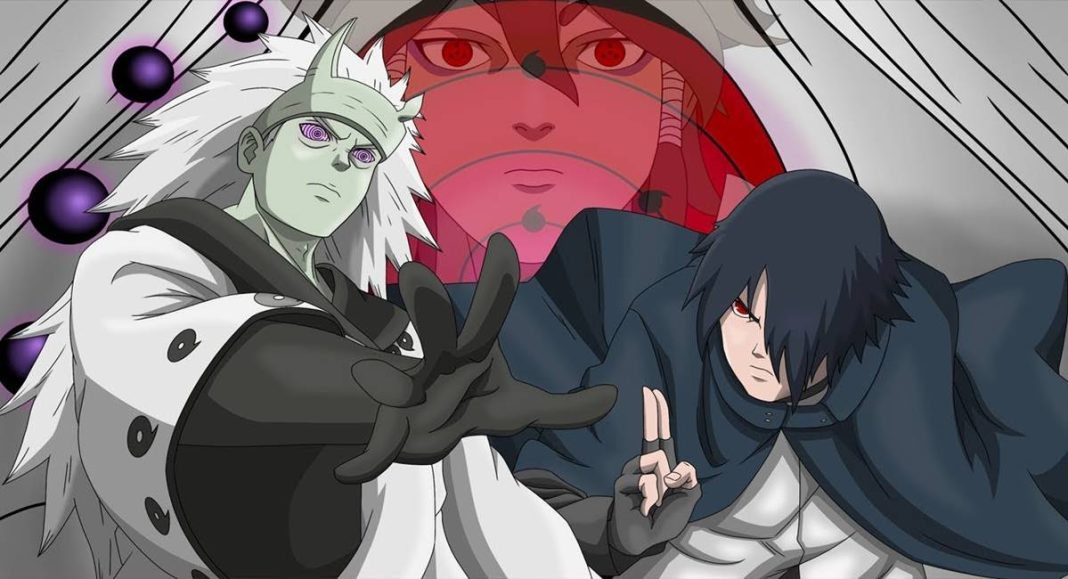 Could adult Sasuke beat Madara?: Strong personalities are a hallmark of Naruto. These individuals stand out from the competition thanks to a variety of unique special abilities. Sasuke Uchiha and Madara Uchiha are two individuals who possess extraordinary abilities.

The two are members of Naruto’s powerful Uchiha Clan, which is regarded as one of the strongest. They are two of the strongest characters in the anime thanks to their respective special abilities. The argument over whether Uchiha in Naruto is the more powerful has, however, been debated frequently, and the supporters of both characters believe that their choice comes out on top. So let’s examine both characters carefully to determine which is more powerful.

One of the three primary methods for combating an adversary is taijutsu. Martial arts must be used, and occasionally they are mixed with chakra to boost the strength of the assaults. As skilled practitioners of taijutsu, Sasuke and Madara have faced numerous formidable foes who are also practitioners over the years.

Although Madara battled against Hashirama, Tsunade, and Might Guy, he was never able to match their level of taijutsu proficiency. In reality, Might Guy destroyed him, and the only reason he lived was because he had the power of healing.

Sasuke, however, possesses exceptional taijutsu abilities. Sasuke is unquestionably more skilled at taijutsu given that he was able to use taijutsu to completely outmatch Gaara and Naruto, and given that both of them had battled Momoshiki.

In Naruto, ninjutsu is the primary method of combat. A ninja must shape their chakra and use a particular nature. Madara was able to utilise all five fundamental natures as well as Yin-Yang Release once he was made the jinchuriki of the Ten-Tails. It was incredibly astonishing the range of ninjutsu Madara had.

Sasuke is equally adept with all five natures as his fellow clansman. Sasuke has utilised them numerous times to escape challenging circumstances thanks to the wide variety of techniques in his arsenal. Sasuke’s ninjutsu is more skilled, despite Madara’s multiple uses of powerful techniques.

The Uchiha Clan has genjutsu experts among its members. The Uchiha have a clear advantage over their adversaries thanks to the Sharingan, which enables them to cast genjutsu on them. Madara never used any unique genjutsu techniques, despite possessing the Eternal Mangekyou Sharingan.

Sasuke has incredibly advanced genjutsu skills in the meantime. All of the tailed monsters and Sakura were subdued by Sasuke using his unique Rinnegan. Considering Sakura is nearly resistant to genjutsu due to her tolerance to them, this is an amazing feat.

Any ninja who wishes to become powerful must have high chakra levels. Using powerful methods is possible thanks to one’s chakra reserves. This means that a ninja who has more chakra over their opponent will win. Due to his vast chakra reserves, Sasuke is a formidable foe. For a long time, Sasuke was able to battle Naruto, but in order to execute his strongest attack—the Indra Arrow—Naruto had to take the chakra from the tailed animals.

When it comes to chakra reserves, Madara clearly has the upper hand. Madara finally succeeded in obtaining the position of jinchuriki of the Ten-Tails during the Fourth Great Ninja War. Madara was able to use any jutsu without difficulty after the change considerably raised his chakra levels.

The renowned ninja known as Madara is regarded as the “God of Shinobi” and is credited with defeating Hashirama Senju. Madara defeated the Five Kage after being reanimated, although this was only possible because she possessed boundless chakra. During the Fourth Ninja War, he was able to overpower Tobirama, Sasuke, and Naruto.

Comparatively, Sasuke’s accomplishments are far superior. He has so far prevailed in battles against opponents such as Kinshiki, Momoshiki, Naruto, Kaguya, Madara, etc. Notably, by not acquiring a new limb, Sasuke weakened himself. He can therefore create hand seals using only one hand.

When it comes to using weapons, both Sasuke and Madara are quite skilled. To counterattack from his opponents, Madara used his Gunbai Fan. In addition, he was able to engage in combat with the renowned weapon specialist Hashirama.

Swordplay is Sasuke’s area of expertise. Since he left the Hidden Leaf to join Orochimaru, Sasuke has been wielding a sword, which he first began doing so. In the course of the fight, he managed to cut off Kinshiki’s horn, proving that he was an equal match for Kinshiki.

Sasuke and Madara are regarded as geniuses due to their extraordinary capacity for opponent analysis and identification of weaknesses. With his cunning, Madara has demonstrated his ability to wriggle out of tight spots, yet he was also betrayed by Black Zetsu and was unable to devise a plan to defeat Hashirama Senju.

Without a doubt, Sasuke is one of Naruto’s most intelligent characters. He has demonstrated repeatedly that he is capable of quickly formulating a powerful strategy. Reverse calling himself to a different area allowed him to outsmart Deidara. He was also able to attack Momoshiki with a hit from Naruto using his Rinnegan.

Given that Madara was the jinchuriki of the Ten-Tails, it is clear that Sasuke outperforms him in all categories but chakra reserves. In all other areas, Sasuke, however, is well ahead. Sasuke is unquestionably Naruto’s strongest Uchiha as a result.