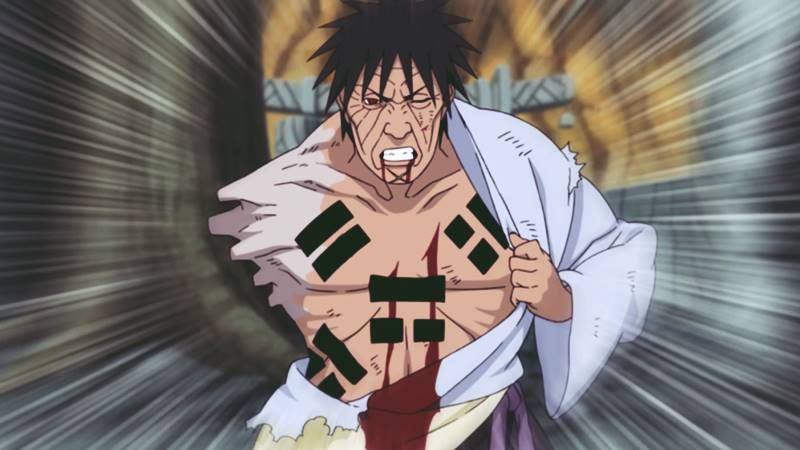 Danzo: Some believe Danzo Shimura to be the most despicable villain in the Naruto universe. This is understandable because he offers the incentive for many of the tragic adversaries to despise Konoha and act against its inhabitants. By doing so, we can acquire a better grasp of the character’s sinisterly widespread impacts and how deeply

he has harmed the world around him, earning his self-proclaimed moniker of “the Darkness of the World.” Look at the 10 most interesting facts about Danzo Shimura of Naruto.

Danzo possessed a one-of-a-kind summons, a massive tapir-like creature known as a Baku, also known as the “Nightmare-Eater.” It was a huge beast with the power to suck objects and targets from the space in front of it. The Baku’s suction might also be employed to boost Danzo’s wind-generating abilities. Using the suction, however, made the creature vulnerable to fire-tactics.

2. Danzo is trained in fuinjutsu

Danzo knew a lot about Fuinjutsu and cursed seals. he placed binding seals on the mouths of all Root members to prevent his secrets from being revealed. Should a Root member openly discuss Root and Danzo’s operations, the seal would activate, paralyzing the member’s body instantly. When Danzo died, the seals vanished. Danzo could also use binding seals in battle,

as he demonstrated when he used one on Sasuke to briefly paralyze him. Finally, Danzo disclosed his most potent sealing technique, the Reverse Four Symbols Sealing, after his death. Four seal marks on Danzo’s skin exited his body and formed a big sphere around him as a result of the method.

3. He has a partnership with Orochimaru

Danzo’s alliance with Orochimaru nullified any claims he might have made about serving the Leaf’s best interests. The reason behind it is that Sannin was a village traitor who was directly responsible for the death of Hiruzen Sarutobi. The Foundation’s chief, on the other hand, forged a deal with him that benefited both of them. His colleague would ensure that he was one step ahead of Konoha’s Anbu as long as the scientist provided him access to his jutsu and promising creations.

4. He was hot-headed in his childhood

Danzo was a fiery and eager ninja when he was younger, with a great desire to show himself. He planned to volunteer himself to buy time for his teammates after a long internal fight, but Hiruzen Sarutobi beat him to it. Donzo was frequently envious of Hiruzen, believing that

he was constantly one step ahead of him and that he was inferior to him. Danzo never used soft terms like “friend” because he didn’t want to rely on anyone or be reliant on anyone.

5. Danzo was Calm as an Adult

Danz grew up to be a fully calm, cold, and collected person who never let his emotions show. Danz’s opinions diverged from those of the Hokage since he believed that the village’s interests should take precedence above all else, including ethics and morals, because he was raised during times of conflict. Danz appeared to despise the previous Hokage’s beliefs, claiming that they were responsible for the village’s destruction following Pain’s assault on it, despite using the attack to overthrow Tsunade and putting its citizens in danger, as well as being responsible for Nagato’s negative perceptions of Konoha, which led to its destruction.

6. He took away an orphan mother

Danzo went to Nono’s orphanage and ordered that some of her children be offered as tributes in order to boost Konoha’s ranks and, more significantly, his own personal power. She declined, as any good mother would,

and instead volunteered herself so that they might continue to get support from the Leaf. Both Kabuto and Nono would eventually be recruite, with the former inadvertently killing the latter on a mission, thereby changing his path toward Lord Orochimaru’s darkness.

The Uchiha rising up against Konoha was one of Konoha’s greatest worries. Certainly, a coup was plan to accomplish this. Shisui, on the other hand, was certain that by using his own genjutsu, he could appease his clan and avoid slaughter. Even if this succeeds, Danzo admits that it will not appease his paranoia. As a result, he pursued Uchiha, snatching his eye and almost killing him. In the end, what happened next was an inevitability; not because it would happen anyhow, as Shimura feared, but because the Foundation leader himself rendered any other option impossible.

8. Danzo was a part of the Escort Unit

During the First Shinobi World War, Danz, along with Kagami Uchiha, Torifu Akimichi, and Team Tobirama, was surround by Kumogakure’s Kinkaku Squad as part of the Escort Unit. Danz struggled to volunteer after concluding that one of their team members would have to sacrifice himself as a decoy in order for the rest of them to escape. Danz described himself as weak as Hiruzen announced his intention to take the post,

yet a part of him felt relieved. The Second Hokage, enraged at Hiruzen for volunteering before he could, opted to be the decoy instead, choosing Hiruzen as his successor, much to Danz’s surprise. Tobirama was kill in the process of the team’s escape.

Danzo’s role in facilitating the Uchiha genocide is perhaps his most well-known and significant crime. Itachi was able to wipe out practically the whole clan, save for Sasuke and, unbeknownst to most, Obito, after he was left with no other option. Nonetheless, Itachi’s final deed in Konoha’s service came with a warning to the Foundation’s leader:

if his younger brother was harme, he would pay the price. This ultimatum would be lift after Danzo’s death at Sasuke’s hands, albeit Danzo’s fate had already been decide.

He chastised Sasuke for his hatred and aggression toward Konoha, noting that it had squandered the Uchiha’s sacrifice as well as Itachi’s own personal sacrifices. He, like Hiruzen, tried to help Konoha in his final moments by attempting to take Sasuke and Tobi with him. Despite his enmity for the Third and their increasing rivalry,

he seemed to care about his boyhood connection with Hiruzen, reminiscing about their childhood memories together and in his final moments inquiring what he was to Hiruzen.