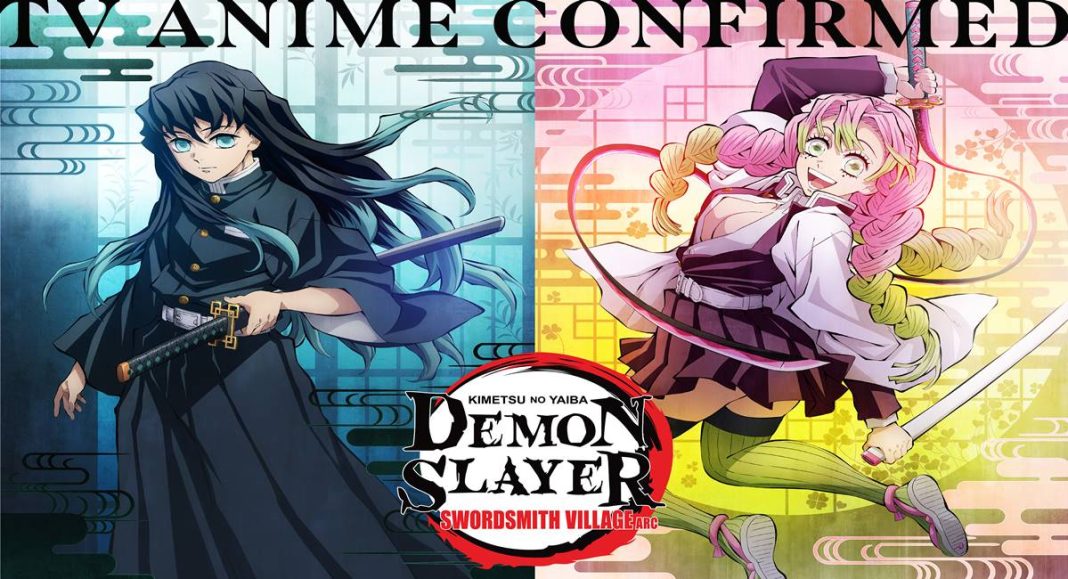 ‘Demon Slayer’ Season 3: Everything We Know: Many anime lovers, both seasoned and newcomers, fell in love with Japanese studio Ufotable. The studio adapted Koyoharu Gauges manga Demon Slayer: Kimetsu no Yaiba, and they produced a critically acclaimed, action-packed two seasons.

Those that saw Demon Slayer are aware of the anime’s strengths. Its aesthetics are simply stunning, with fights that flow like water and animations that feel alive. Additionally, everything fits the rough, unforgiving theme, especially with the moving characters and the chills they bring.

A flame of success was ignited when the anime’s first season was launched back in 2019. Since then, Demon Slayer: Season 2 debuted in 2021, and the movie Demon Slayer: Mugen Train was made in 2020.

However, the public wants more than just two seasons and one film. Demon Slayer: Season 3 was just announced as a result of a series of events. Some of the new characters are known, as well as the manga arc it will cover. Excellent information.

When will Demon Slayer Season 3 be released?

While we would love to know the precise release date for Demon Slayer: Season 3, we are only able to guess. The “when” has unfortunately not been disclosed by Ufotable.

However, a review of the studio’s past work reveals how reliable it is. Their fresh content is typically released in intervals that are predetermined. The release date of the newest Demon Slayer anime chapters can therefore be predicted, according to this.

It is possible that it will be launched in the fall or winter of 2022, but it is quite unlikely. The declaration would have been made by now, but that is really doubtful.

There will probably be a year between the second and third seasons. There should be anticipation for the 2023 release of Demon Slayer: Season 3. The majority of people envision mid- or late-2023, whereas optimists anticipate a January-April window in the following year.

The third season’s release on that day cannot be confirmed, though. The release date may be tomorrow or ten years from now, for all we know. Just completely focus on breathing in the interim.

In the third season of Demon Slayer, the Swordsmith Village arc—which spans Chapters 100 to 127 of the manga—brings Tanjiro and his gang to the Swordsmith Village. The first trailer is available above, however it only features a few brief sequences from Season 3, including a peek of Tanjiro with a new blade and an ally.

After Tanjiro’s exploits in the Entertainment District arc, which was detailed in the previous season, comes the current arc. Tanjiro teams up with fresh heroes in Season 3, giving us brand-new Demon Slayer figures.

The identities of the newly confirmed characters are OK to know if you don’t mind being given spoilers. The Mist Hashira, Muichiro Tokito, and Mitsuri Kanoji, two Demon Slayer Hashira, travel to Swordsmith Village with Tanjiro (the Love Hashira). The demons, of course. A sketch that the animators shared almost certainly indicates that you will see one or two Upper Moons.

Concerning the plot (again, proceed with caution regarding spoilers), those who watched the entirety of Season 2 will likely recall that Tanjiro damaged his dependable blade in the final battle of the Entertainment District arc. Tanjiro visits Swordsmith Village in the forthcoming arc with his friends. They’re going there for a cause that is pretty well implied by the place’s name.

Who will be producing Demon Slayer Season 3?

Will Demon Slayer: Season 3 Stream on Crunchyroll or Netflix?

Demon Slayer: Kimetsu no Yaiba Swordsmith Village Arc streaming rights for North America are still unknown. The first season of Demon Slayer was added to Netflix not long before the start of season 2, whereas earlier seasons of the series had their premieres on Crunchyroll and Funimation. The likelihood that Demon Slayer: Kimetsu no Yaiba’s third season will debut on Crunchyroll is increasing because Funimation and Crunchyroll have merged since Sony bought the latter last year. However, we won’t likely learn the answer to this query until a little closer to the show’s actual premiere, and we’re especially unlikely to learn anything else about this before the release date has been revealed.

Although the third season of Demon Slayer hasn’t yet premiered, we can assume that the majority of the characters from the first and second seasons will return. The Love Hashira, Mitsuri Kanroji, and the Mist Hashira, Muichiro Tokito, who were both initially presented in season one’s episode 21, will be the two main additions.

Here are the voice actors for each of the major characters in Demon Slayer in both Japanese and English:

Akira Matsushima, the character designer, Haruo Sotozaki, the director, and head of original plot Koyoharu Gotoge are among the prominent members of the production team who will return.