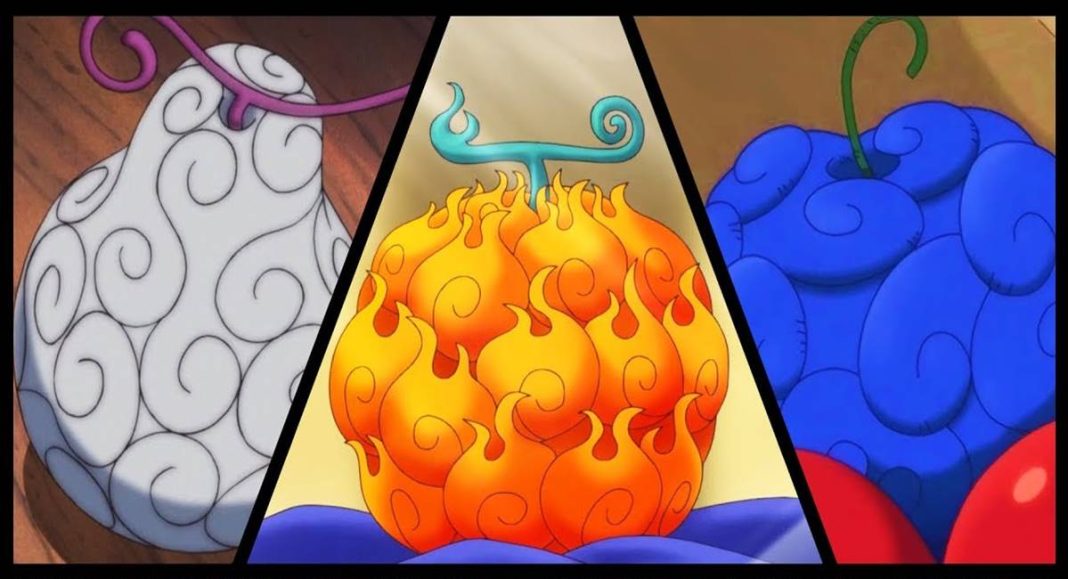 Devil Fruit in One Piece: One piece is one of the longest-running shows in the history of anime and it is still loved by the fans as before which makes it the most loved show. There are characters in the anime which make the anime different from other anime. Basically, the show is about pirates and thieves and the one character Luffy’s Journey to become the Pirate king one day.

The world is full of Devil Fruits which give anyone the power that fruit has when eaten. There are many fruits in the show with each having power different from the others. In other Language Devil fruits are fruits that give the superhuman ability to any who eats them,

there are basically three types of Devil fruits such as Paramecia, which offers a vast array of strange abilities; Zoan, which allows users to transform into animals or animal hybrids; and Logia, which grants users the power to become and control natural elements.  Here is the list of Top 10 devil fruits which are available in the anime one piece.

Toki Toki no Mi was introduced during the Wano Country arc, which is a Paramecia type of Devil Fruit that allows users to jump forward in time as much as they want but it doesn’t let users go back in time

which means that once used the user cant go back in time. The fruit was used by Kozuki Toki. the fruit is currently not shown wielded by anyone since her death.

It is a man-made devil fruit that was created by none other than Vegapunk by experimenting on Kaido. By using his Lineage factor, he was able to create a replica of the fruit. The devil fruit was once considered a failure by him but later when Momonosuke ate the fruit,

it worked flawlessly making this one of the best Devil fruits. This Devil fruit allows the user to transform into a giant dragon at will. In the future, it is expected that he will become stronger if he gets full control of the powers of the fruit.

Zushi Zushi no MI (Devil Fruit in One Piece)

Zushi Zushi no Mi, also Thump-Thump fruit, is a paramecia type of Devil Fruit which is wielded by one of the New Admirals of the Navy, Fujitora. The devil fruit once eaten gives the user power to control gravity and its force. The user can make things heavier and lighter by using gravity as a source. This fruit is one of the top devil fruits and makes him one of the overpowered characters in the anime.

The devil fruit is one of the Mythical Devil fruits and is wielded by the former Fllet admiral of the Navy, Sengoku. The fruit gives the power to the user to transform into a giant buddha golden in color

whose primary power is to emit shockwave from the palms of the hands. That is why he was known as one of the strong during the era of Gol. D. Roger. He was also a good person who used the fruit to help others.

Another powerful devil fruit was eaten by Phoenix at a very young age. The devil fruit is also a Mythical Fruit, as the name suggests this devil fruit allows the user to transform into a Phoenix at will. One of the impressive things about the fruit is that

when turning into a Phoenix the user can quickly heal from any damage using the blue flames of resurrection. Also, the user gains great energy and strength during the fight which means that this fruit also gives power to the user if he is capable of handling it,

Yami Yami no Mi (Devil Fruit in One Piece)

Yami Yami no mi, another powerful Devil fruit, eaten by the dangerous Blackbeard, is an extraordinary unique devil fruit. This fruit is known to hold the power of evil at its peak,

The devil fruit, Goro Goro no Mi allows the user to transform into lightning at will and manipulate it. This devil fruit was introduced in Skypiea Arc and was eaten by God Enel. The fruit is also called one of the rarest which is said by Nico Robin which shows that this fruit is among one of the strongest also, which can also produce a current of more than 200 million volts.

Magu Magu no Mi (Devil Fruit in One Piece)

The next one on the list is Magu Magu no Mi which is a logia type Devil Fruit and which lets the user control Magma freely. The fruit was first eaten by Admiral Akainu and was introduced during the Marineford Arc. The thing which makes this devilfruit rare is that the user becomes so powerful that a single hit can prove to be very lethal and that is the reason this Fruit is also special.

Another legendary fruit in the list and one of the strongest as shown in the anime, this fruit lets the user transform into an actual dragon at will. The fruit was given to Kaido which made him even more powerful. The thing which makes this Devilfruit special is that the user can produce wind, fire,

and lightning at will and with its advanced durability it becomes even more powerful than before. The user becomes almost invincible to every Haki only Advanced Conqueror Haki can cause damage to the dragon.

Hobi Hobi no Mi (Devil Fruit in One Piece)

Hobi Hobi no Mi is a paramecia-type Devil Fruit that is extremely dangerous and powerful and was eaten by Sugar. Just a touch from this fruit can turn the opponent into a toy, then the user can use the toy to obey anything they want using the contract one of the things which makes this fruit so special is that the person

who becomes a toy gets forgotten by everyone in the world which makes it very dangerous weapon. These are some of the fruits available in one piece each having different powers of its own. Devil fruits play an important role in the pirate world of one piece which is you should know about them before watching the show. I hope you have watched the list and maybe now aware of them.