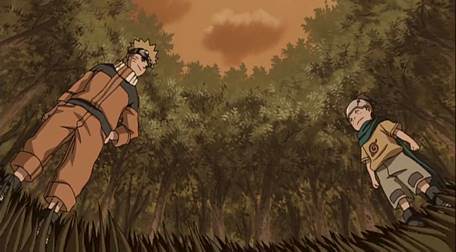 Konohamaru grandfather is the Third Hokage, Konahamaru Want Learn Sexy Jutsu Naruto agrees and they become friends in Main time together. Konohamaru’s tutor, Ebisu, tries to separate Him To Naruto, Konohamaru tries using the Sexy Jutsu on him. But That doesn’t work On Ebisu , Naruto defeats Ebisu with his Harem Jutsu. Deeply impressed by Naruto’s actions And words, Konohamaru decides to start copy Naruto in the hope that he will one day surpass him. Then Konohamaru realised there is no shortcut to being Hokage .