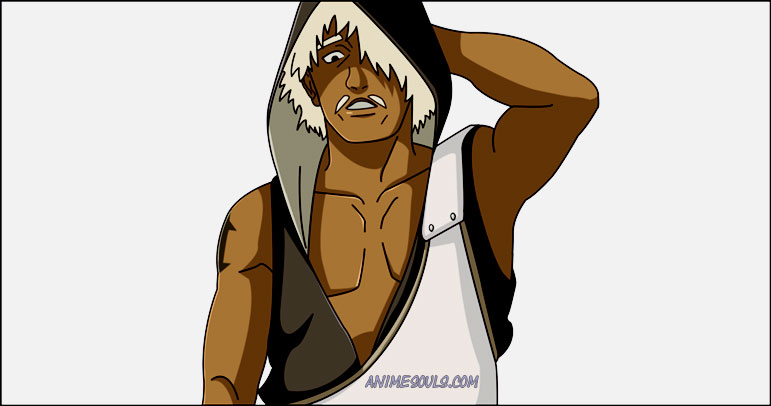 Darui is a shinobi of kumogakure (Village of the cloud) and the right arm of the fourth raikage. He is currently the fifth raikage (Godaime Raikage) which means, “fifth shadow of lightning”.
Darui was in charge of the first division, for those who don’t know,
First Division is also known as “Division of combat in the medium range”, is a battalion of the allied forces shinobi in the fourth great ninja war.
He has two tattoos on your shoulders right and left, water (Shuǐ) and lightning (Léi), to show the affinities of your nature of chakra, the release of the water and the release of the lightning. He also has the release of the wind.
He has a kekkei genkai, the release of the storm.
The tattoo on his left arm also means that he inherited the black lightning the third raikage.
He learned how to create the black lightning under the tutelage of the third raikage, doing his techniques of release of lightning even more powerful. Its reserves of chakra are big enough not to die of exhaustion after using three of the valuable tools of the sage of six paths chakra and still have enough to keep fighting. According to one of his friends, darui was the only person to have inherited the black lightning the third raikage.
Darui Raikage is the only one whose birthday is not on the first day of the month.
In shippuden he was 26 years old, currently he is 41/42 years old.