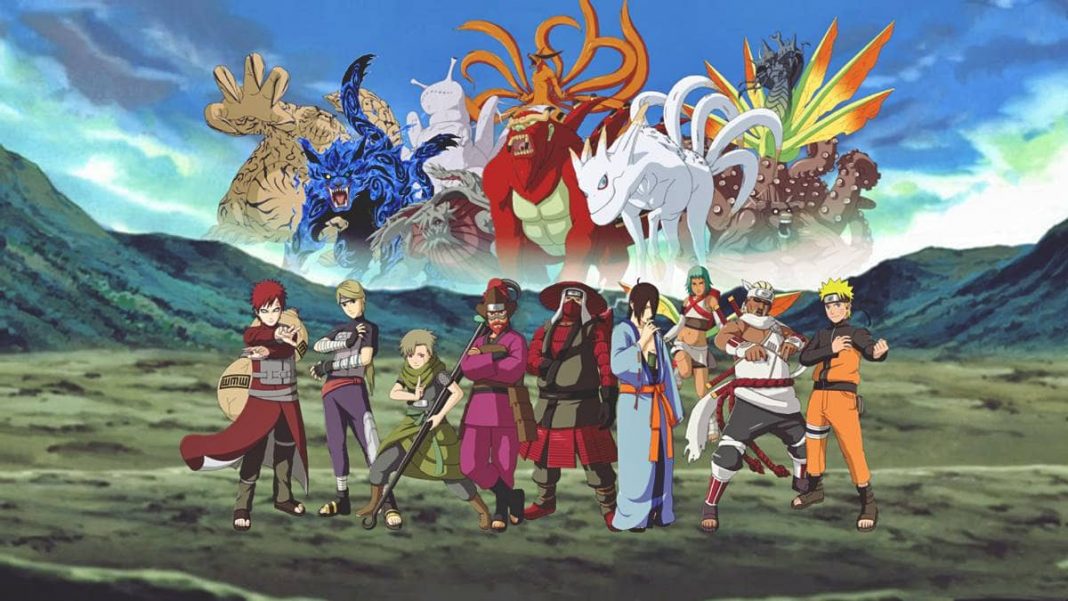 Tailed Beasts Naruto: the Tailed beast in the Naruto series is one of the most important characters in the entire series. All the tailed beasts are highly powerful and are used by all the powerful characters of the anime.

The Naruto series has a lot of powerful ninja and Jutsu. The strongest weapon of all these powerful ninjas is none other than the tail beasts. Tail beasts are also call as Chakra beasts. They are massive chakra forms and can do monstrous damage.

All the tailed beasts have their separate personalities. They have several tails and base on the tails they are identifie in the series.

Let’s take a look at the 11 tailed beasts in Naruto.

The Jubi (Sage of the six paths) is the only one with 10 tails. It is the most powerful out of all the tail beasts. Jubi is the combine form of the God tree and Kaguya Otsutsuki. It was create to reclaim the Chakras of Hagoromo and Hamura Jubi is also called the progenitor of chakra and is tied to the Sage of Six Paths.

Kurama is the Nine-Tails who resides inside Naruto. Everyone fears Kurama because he is the second most powerful tailed beast out of all the tailed beasts. His powers are immense. He has destroyed the Hidden Leaf Village with his powers.

he can kill almost anyone with just one fingernail, similar to what happened to Minato and Kushina Kurama can also create a tailed beast bombs’ barrage and can use it for immense destruction. There are many reasons why everyone fears Naruto and Kurama is one of those reasons.

Gyuki And Killer B (8 tail)

Gyuki is the eight tail beast who resides inside Killer B. he is monstrous with the amount of power he possesses He can use his octopus like tails and can cause tons of damage Apart from this Gyuki also has the ability to dispel B’s Chakra and expel any Genjutsu, besides Infinite Tsukuyomi.

The true powers of Gyuki were shown in the fight between Killer B and it was able to execute Amaterasu with his fists. Gyuki was also able to overpower two tailed beasts simultaneously and that too very easily.

Gyuki and Kumara have many similarities. But Kurama exceeds Gyuki in terms of Power.

Chomei is a seven tails who resided inside Fuu. he can use its wings like tails to create a coccon. It can also use its wings to blind others.

he is the six tails who resided inside the deceased Hidden Mist Ninja, Utakata. he is a slug and has the ability to share his Chakra with other tailed beasts He also has the ability to use water release.
Saiken can also trap its enemies by using Water Release: Starch Syrup Capturing Field. he has a tough body and hence can absorb lots of damage. It was thrown by Kurama once but still, nothing happened to him and he was able to stand fine. The durability that Saiken has is huge. The only thing that is not good about Saiken is his speed. Saiken is very slow as compared to other tailed beasts.

He is a five tail beast who resid inside Han. he decides to live in a forest after the Ninja war.

Kokuo is a strong tailed beast. Kokuo can use his horn to run into enemies He can also use his Jutsu to defeat opponents. It can also scald others by increasing the temperature of its chakra.

Son Goku is a four tailed beast who resides inside Roushi. he was an interesting tail beast. He had the ability to create a tail beast bomb.

Son Goku is immensely strong. Out of all Tailed beast, he has the ability to use Taijutsu. The character of Son Goku is said to be inspire form The Monkey King. The design of Son Goku is base on A giant monkey. He has great strength thanks to his body structure.

Isobu is three tails who reside inside Yagura Karatachi. he is a tossup He manage to befriend Yagura when he was alive.

It has the ability to swim at a fast speed and can defeat its opponents with sea coral. On the ground, it is not that powerful. The powers of Isobu are immense in water.

Matatabi is a two tails beast who resides inside Yugito Nii. She has the ability to use fire release. Matatabi is very polite in nature and can lend his ability to other tail beasts.

Shukaku And Gaara of the desert (1 tail)

Shukaku is one tail that resides inside Gaara. After Kurama Shukaku was the other tail beast that Naruto anime introduce.

Shukaku is one of the main reasons behind Gaara’s ultimate defense. he has a childish personality. It is generally considere as the weakest of all Tail beasts but it has advance sealing techniques that outrank many other tail beasts.

Reibi is the zero tails. It is a malevolent spirit. It is create by feelings and dark thoughts. Reibi is seal within the land of the sky. It has a serpent like body and is purple in color.

The zero tails has the ability to sense negative emotions. Reibi can possess anyone who is emotionally unstable.

If I even have miss any great points about this topic Kindly comment below so as that everyone can share. We’ll be happy to inform us about this within the comments So write your comments down below.