Volume 2 of the Dragon Ball Super manga has brought news, including a new interview with Toyotaro who has revealed important details for the series. Here the complete interview.

People keep asking me “Who is your favorite character in Dragon Ball?” 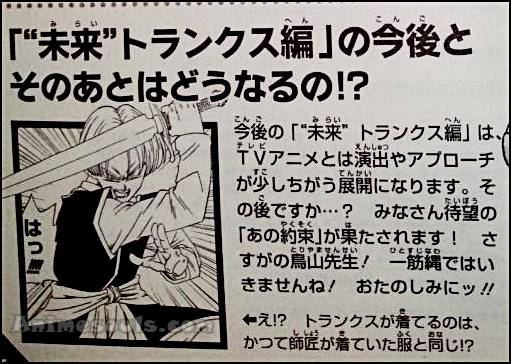 It would make them angry if I answer that Oolong, Pilaf or somebody like that, but I can not lie. Of course, my favorite character … is Son Goku!

When did you start to draw sleeves?

When I was in elementary school, I filled out my textbook with many drawings of Dragon Ball without really realizing it. Thinking about it, I was already dreaming of doing a Dragon Ball spin-off manga. My first idea was a story with Chaoz.

What characters are difficult to draw?

The new characters in Dragon Ball Super, like Bills or Whis, since I have nothing to use as a reference. Whis has a look, a form of eyes we’ve never seen before in Dragon Ball, it’s super complicated!

What is your way of working with Toriyama-sensei?

I make a first draft based on the original story of Toriyama-sensei, then I send it to my editor, who asks Toriyama to check it out. It is an honor to be able to give life to the ideas of sensei, but sometimes, sensei returns a drawing that he himself does what causes me a sacred tumult, which creates a strong excitement but also a deep despair.

What will happen in the rest of the Trunks arc of the future, and after?

The end of the arc “Trunks of the future” is going to be slightly different to the anime. After that… ? “This promise” that all hope will be celebrated! But you know Toriyama-sensei! Things never go according to plan! Stay tuned !

What do you think? Undoubtedly that “promise” of which he speaks refers without a doubt to the tournament of the 12 universes organized by Zeno, but says that things do not go according to plan, will refer to the arc of the order of Goku’s murder?

Other details of the manga were added, such as the corrections made by Akira Toriyama, as well as the announcement of what may be a special chapter of Trunks when he was training with the kaioshins for the next volume that we leave below and also see In the gallery:

“Trunks is wearing the same clothes as his mentor Gohan? Is there a secret in this author’s image? Wait until the next volume to know the truth!”

The Dragon Ball Super manga began in June 2015 as a means of promoting the # TV series. The manga is published monthly in the Shueisha V-Jump magazine, and from the beginning to the last chapter (18) recently published in the January 2017 issue, is illustrated by Toyotaro. #dragonBallSuper # Animation