Home ANIME Dragon Ball Super: Wiss and the other angels show all their power? 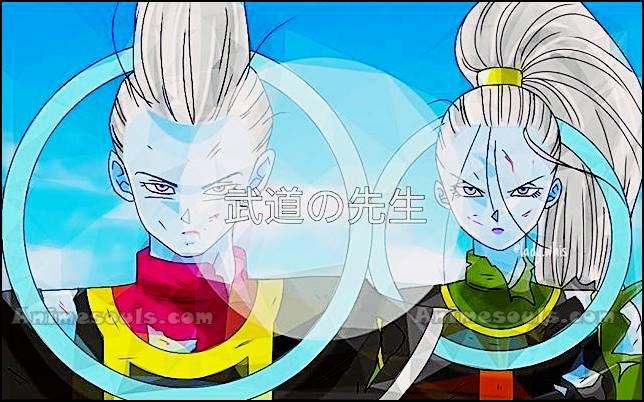 where can i buy prednisone over the counter Since the beginning of this new story of Dragon Ball, the most mysterious characters have been those now known as angels. #Wiss, Vados and now Daishinkan, are extremely mysterious but incredibly powerful characters and every time we talk about one of these beings of light, we are surprised with new data really amazing.

buy neurontin 800mg no prescription In the last manga of Dragon Ball Super, Wiss revealed that the angels seldom fight. Besides that, he mentioned that if the god of all came to know that they are fighting, the universe from which they came would be in great danger. After this, we ask ourselves the following question: Will we ever see Wiss and the other angels fight?

Seroquel cheap mexican Certainly the possibility is, but because of the harsh rules imposed by Zeno, the likelihood that we will see the angels in action is seriously reduced. One of the few chances we have of seeing an angel in action would be if his master (the destroying god) commands him. Clearly, something like this would be very difficult, because the destroying gods are infinitely powerful beings and would not see the need to ask for their protectors.

Another possibility would be that the universe runs a risk of imminent destruction that even Zeno himself can not counter. After this, the angels would be forced to fight to defend their god and all of their creation. Unfortunately, we do not imagine an enemy of such magnitude. And the last possibility could be that Zeno himself commands the angels to fight against a certain individual. This is the only possibility to see the angels in action, since they could not refuse to fulfill an order of their omnipresent and almighty God.

As you see, not even the theories excite us with seeing the angels showing us their incredible abilities because of their enormous power. For this to happen, an enemy of the levels of the high priest (#Daishinkan) should appear and after this, the angels being the closest to that level, to fight a threat of such magnitude.

Question: Would you like to see Wiss, Vados and the other guards showing off their skills? Below we will love to read your answers.