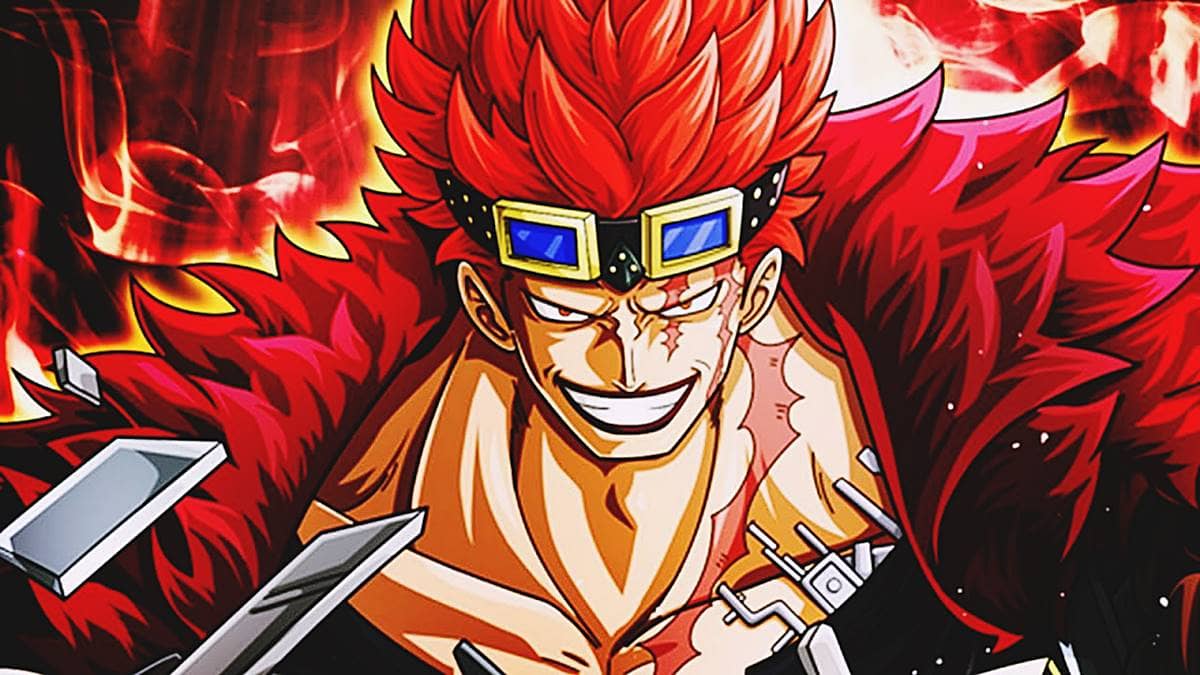 Eustass Kid: One Piece has a staggering number of characters. The series features some of the most memorable characters ever created. When it comes to world-building and consistency, no series compares to One Piece. For a long time, Eiichiro Oda has been working on this masterpiece. Because of the wide range of characters in the series, almost everyone will discover a character with whom they can identify. One of the rare characters who give the impression of being a true pirate is Eustass Kid. Kid is one of the Worst Generation’s members, and he first appeared in the Sabaody Archipelago storyline. In this blog, we’ll go over ten things we should know about Eustass Kid.

The first thing we need to know about Eustass Kid is that he is a South Blue member. Many well-known characters from the series live in the South Blue, including Portgas D. Ace, Sengoku, Kuzan, and Lucky Roo. Killer and Jewelry Bonney are both from the same sea.

This further supports the theory that Kid is Luffy’s competitor. Only Luffy and Kid are known to employ the Conqueror’s Haki among the Worst Generation. Kid can also employ Armament and Observation Haki, which is self-evident. He did manage to injure a Sweet Commander of the Big Mom Pirates, and, unusually, he did so without Haki. As a result, Kid is quite likely to have all three forms of Haki.

This one may be a reach, but Oda may have once again demonstrated his resourcefulness in this case. After being beaten up by Kaido, Kid was imprisoned. Kid was placed in Udon by Kaido to shatter his spirits. Kid was not ready to join the Beasts Pirates, as he desired. Oda mentioned in an SBS interview that both Kid and Killer despise Udon curry. Both of them were imprisoned and mercilessly tortured in Udon prison. After being forced to eat a SMILE, Killer was transformed into Kamazo.

Kid has a couple of hobbies, even though he doesn’t appear to be a fun-loving individual. Kid enjoys music and weapon collection, according to the SBS. His penchant for amassing weaponry is most likely why he is linked to the criminal underground. Many people may have missed this, but this may be one of the reasons he has ties to the underworld.

Eustass Kid was ranked 37th in the sixth fan poll. It’s not a particularly high ranking, but Kid is now the third most renowned Supernova after Monkey D. Luffy Trafalgar Law. Kid was ranked 18th in the fifth fan survey, but he dropped 19 places in the most recent fan poll. When you’ve been following the series, it’s easy to see why Eustass Kid is so popular. The kid has a distinct personality and beliefs, as well as a distinct approach to problem-solving. He possesses a huge bounty of 470,000,000 beris, which will very certainly rise after the Wano storyline ends.

Kid’s appearance after the time jump is extremely similar to Shanks’. Kid was severely wounded throughout his body, and he also lost his left arm. Both of them have red hair and have wounds above their left eye. It’s also worth noting that Kid was wounded in the struggle with Shanks. Kid is most likely going after Shanks because of their resemblance in appearance (not really). Kid was able to compensate for his loss by creating a prosthetic limb.

The kid hasn’t been hesitant in expressing his desire to be the Pirate King. He is, in fact, deadly serious about it. If someone made light of Kid’s dream, Kid would beat them black and blue right away. Kid was forthright while discussing his time on the Grand Line when he stated that he killed everybody who mocked his dream of becoming the Pirate King. Again, this differs from Luffy’s strategy, which was to just dismiss Bellamy’s comments about his dream.

Kid and Luffy are polar opposites, and it’s very evident that they tackle challenges in very different ways. he appears to be more mature than Luffy, yet he has a serious temper issue. he is likewise a harsher character than Luffy. he is well-known as a legendary pirate who raided and destroyed numerous towns. Kid and Luffy share certain commonalities despite their differences. The first is that they’re both from the generation known as the “Worst.” Furthermore, Luffy and Kid are the only two persons who have a member of the Worst Generation on their team. It’s Zoro for Luffy and Killer for Kid. Many people think Luffy and Kid are rivals since they both want to be the Pirate King.

Eustass Kid is one of the few characters in the series who is based on real-life pirates, as is his name. Eustass the Monk, a French pirate, inspired the surname “Eustass” for the kid. The name “Kid” was inspired by William Kidd, a Scottish pirate. It’s always exciting to hear new stuff, and many One Piece fans would have missed out on this nugget of wisdom about Eustass Kid.

Oda has gone out of his way to provide more information to supporters on numerous occasions. Eustass Kid is an example of such a detail. Oda believes that if Eustass Kid existed in real life, he would be from Scotland. Kid and Killer, his most loyal crewmate, have the same nationality. Kid would also be a weapons salesman if he wasn’t a pirate.