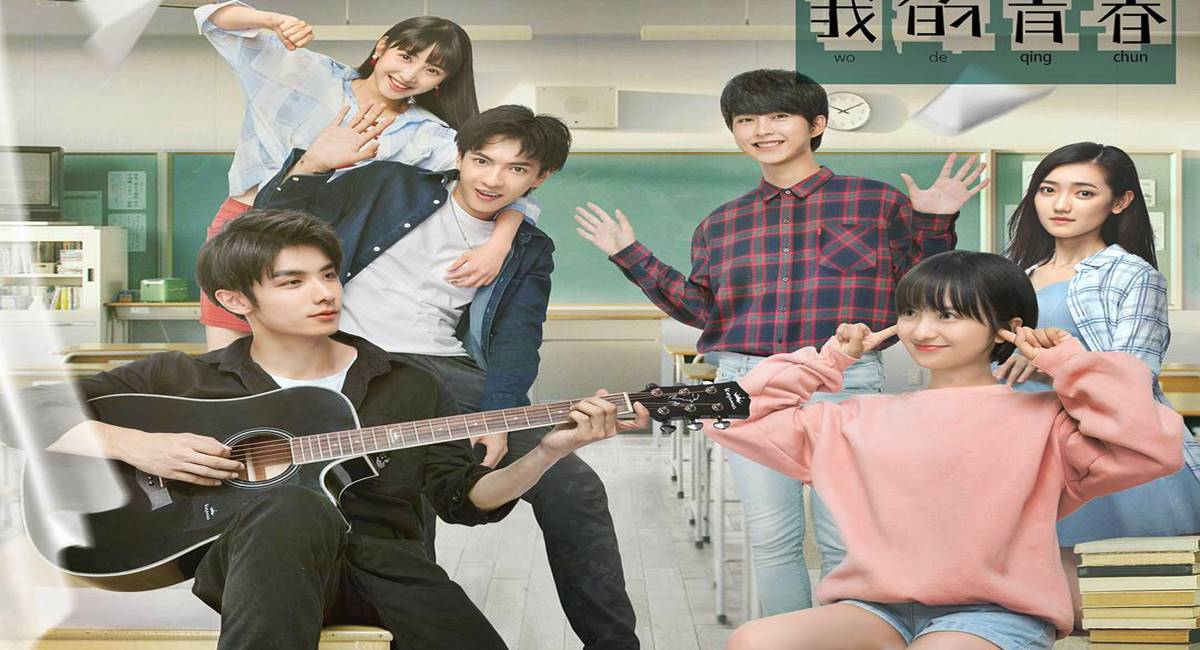 The series is the greatest one when it comes to the friendships thing. The story is about two friends Wei Wu Xian and Lan Wang Ji, two talented fighters and disciples of the respected clans who meets during the cultivation training, and they found a secret that was hidden for many years. They find about a threat but in turn of events, Wei dies. But after 16 years, he is brought back into life through a ritual. He hides behind the mask and fakes himself as his summoner. They unite and work for some time to unravel the truth.

Guardian is another masterpiece in this friendship Genre. The story is about a world that is beyond scientific understanding as a group of passionate adults as they try to fight against the creatures which live in the underworld of the country. Zhao Yun Lun and Shen Wei try to find a way to create peace between the underground dwellers and humans. The story is about their friendship and present lifetimes.

Ultimate note is a mystery supernatural genre series that is friendship based thing. The story is about the Xu xei who sis born in the family of tomb explorers. They are trying to find the secret behind an event which happened with their friends in past a decade ago. So he gets curious about his uncle’s past and he watches a mysterious videotape that contains information but later he finds himself mixed up In an elaborate conspiracy of events.

Jiang Shuo is in the business of buying and selling haunted houses. He meets Qin Yi Heng, a psychologist on the lookout for his father, and Yuan Mu Qing, the warlord’s daughter. They join forces to fight strange powers together. Jiang Shuo has amnesia yet is well knowledgeable about esoteric matters. Qin Yi Feng receives a letter sealed with the six-finger seal that contains the countdown to Jiang Shuo’s death and evidence of his father’s abduction when he went missing a year ago. Qin Yi Heng gets adamant about finding the one and only clue that will bring him back to his father.

The movie is set in 2008 where Xiao Fong is a sports team leader who is unable to keep his team on the spot and together. The money which they earn Is very little. In 2019 there is another player which is a very masterful player and but in reality, he is a disabled young man in a wheelchair. He promised to continue his brother’s legacy. A cosmic glitch happens and they meet in the same timeline, where they form their own teams and fight to win the game and achieve their dreams.

The series is about a man who is an assassin but tries to live the organization named the Window of The Heaven, in return his leader makes his life shortened and he is left with only three years to live. He tries to live his remaining life as a drunken person in the martial art world. Three months later he meets Wen Ke Xing, who immediately notices his condition, they work together to solve the problem with him.

A tale of two guys who are extreme opposites, one who kills and the other who heals. One is a ruthless cop, while the other is a caring doctor. During difficult times, they support and redeem each other. Jiang Yue Lou, the chief of the Jingcheng Police Station, is neither nice nor wicked. Smugglers, on the other hand, are terrified of him. Yue Lou meets Yu Zhi while investigating an opium case in Hong Kong, and Yu Zhi learns that Yue Lou has bipolar disorder. Yue Lou finally opens up to Yu Zhi, despite her initial reluctance to seek treatment. Despite their opposing viewpoints, they gradually become good friends. Secrets from the past are beginning to surface at this point.

Xue Wen Xi, the daughter of a poor family, is no stranger to adversity. Wen Xi has gone to great lengths to help support her cherished family, willing to do whatever it takes to make ends meet. That’s why, when the opportunity to work as a writer arose, she eagerly accepted it, despite the fact that it required her to disguise herself as a boy. The ploy was harmless enough until Feng Cheng Jun, the Prime Minister’s son, entered her life. Feng Cheng Jun, impressed by Wen Xi’s work, devises a strategy that forces Wen Xi to enroll.

A nostalgic tale that revolves round excessive college students at some point of the yr 1996. While chasing down a motorcycle thief at some point of the summer, Yang Xi receives an injured with the aid of using a lab explosion that renders her not able to compete in a long-distance run. When college opens, she realizes that the perpetrator in the back of her misfortune has transferred to her magnificence

and has even taken her function as magnificence president. He is Hua Biao, a hot-blooded, rash, and talented genius of the technological know-how department. Hua Biao’s arrival without delay places his classmates on protecting and he ought to show himself to be typical with the aid of using the magnificence. Later on, they undergo masses of ups and downs in life.

Dastardly thieves hatch a murderous plan in a quiet, sleepy city. They plot to capture a field containing an effective weapon that has the ability to bestow its bearer with devastating powers. But once they in the end get their palms at the treasured field, it proves to be empty, and they’re mysteriously executed. Long Yao is high-born royalty – however, he is likewise a fearsome warrior, a professional martial artist, and a tireless believer in injustice. He comes to a decision to embark on an undercover task to discover what has passed off to the weapon, and the thieves who attempted to capture it. His quest leads him to pass paths with Shi Jing Yao, a lowly city investigator.

At first, Long Yao suspects Shi Jing Yao of getting a function withinside the killings… however quickly realizes that he’s innocent, and will truly come to be a totally effective best friend indeed. Also at the hunt for his or her personal styles of justice are Li Huang Wu, a fierce, self-styled warrior queen who has grown to become an outlaw on a task to avenge the death of her father – and Zhao Ge, a bold female who wields fearsome magical powers.