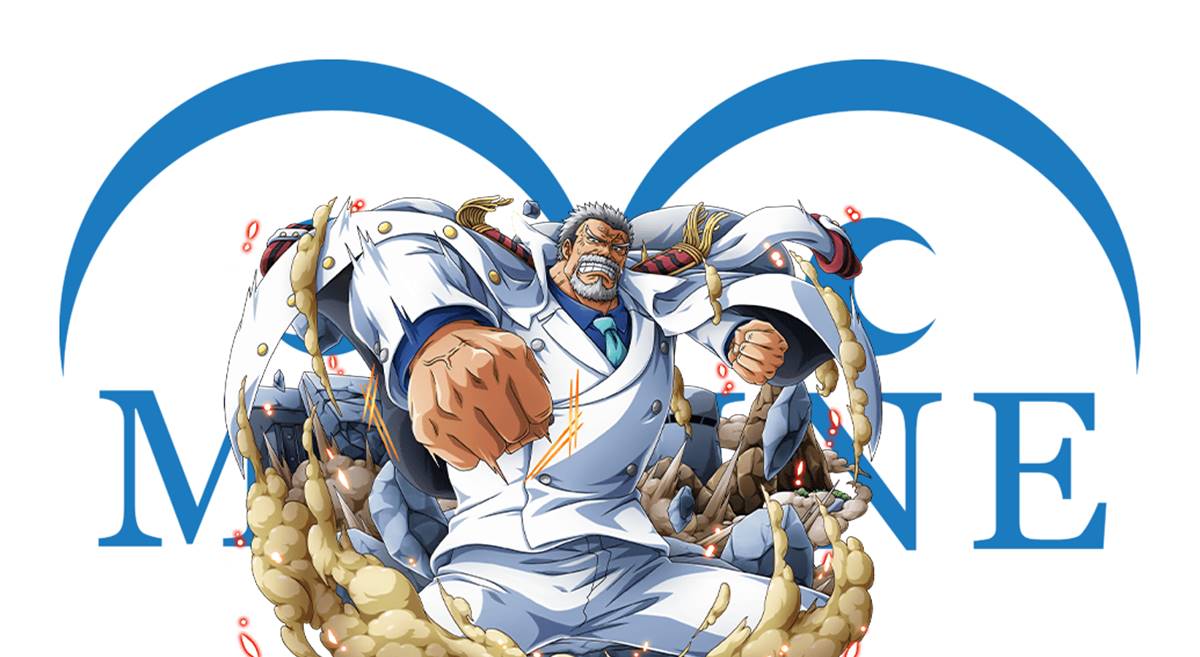 Garp: Hello one-piece lovers. This blog is about Monkey D.Garp also known as the first hero of the marines. He is the father of Monkey D. Dragon, paternal grandpa of the Monkey D. Luffy, and also adoptive grandpa of the late portgas D. Ace. He takes charge of both Coby and helmeppos training. After the war and aces death. He retired from there but became a marine instructor.

Monkey D Garp is a marine hero, ( mainly originated around one piece (1999) ) who was famous seen for cornering and fighting the late pirate king, Gold D. Roger numerous times in his career. He is considered as a whiteboard as one of the few people that know the sea. As a part of his duty, in the past, he chased other pirates like shakuyaku. when Shiki the gold lion attack marine ford before the execution of roger, Garp and Sengoku challenge him together. they managed to defeat him Garp was injured heavily. Garp was saved and he would visit ace during vacation when the pirate king died.

Garp was vise admiral of the marine headquarters. he commanded overall lower-ranking soldiers. Also as a vise admiral, he had the power to be called upon to be one of the 5 admirals leading a fleet to 10 battleships during a buster call.

Garp is one of the strongest out there in the series. Although being old he has the amount of power and strength. He throws iron cannonballs as if they were baseballs, break through brick walls and cannon stands with his fists, and both carry and throw gigantic balls and chain many times bigger than the thousand sunny.

Garp’s special ability is his punching ability ” Garp the fist” is usually known. He has a tough training regime and which enabled his grandsons Luffy and ace to become very powerful fighters. Shows true depth as an instructor.

In combat skills. He is the hero of the marines and is known for cornering and fighting Gol D. Rogers many times. Garp also defeated and nearly killed off don chinjao in the past. Whose bounty was around 500,000,000 in his prime?  He also has leadership skills, being a marine vice admiral and the commanding officer of the 153 marine branch.

In addition to his strength he has incredible durability and pain tolerance. In a fight with Monkey D. Luffy, he was able to get back on his feet after being punch by Monkey D. Luffy in gear second at point-blank range without losing his consciousness and was still able to fight the Blackbeard pirate along with Sengoku. he is also very fast as compared to others.

Another example of Garp’s strength is when he has shown to easily strike down Marco of the devil fruit abilities activated at the time, knocking him back which was something that kizaru and akianh seemed unable to do. When Garp revealed worldwide that Monkey D. Luffy is Garp’s grandson and Monkey D. dragon his son. Luffy comes rose based on that fact alone. He is a great teacher as he was able to make coby and helmeppo capable of fighting in a short period of time and he was also select to be an instructor. He trained Luffy and made his strong sail on its own.

Garp is very knowledgeable aside from his mastery over busoshuku haki.  a vice admiral, Garp is fully capable of using all 3 types haki. Being able to injure Luffy bypassing his rubber body. In the battle of marine ford, he managed to punch Marco with using haki despite his regeneration flames form.

Garp has been seen throwing cannonballs (including a big mounted on a chain) with his bare hands. The cannonballs he throw soared at a faster speed the fired out of the cannon, due to Garp’s heavy strength.

Ai arh Kobushi (mean “fist of love”)- A simple but powerful punch to strike Luffy on his head, it’s a gag technology to show his love for grandson. He has been seen the show to have during ace childhood as well.

Genkotsu Meteor – Garp throws a cannonball at the enemy ship. he can throw the like Baseball and the impacts are more powerful than when being fire from an actual cannon.

These are the 10 best facts about monkey D. Garp. Hope u enjoyed