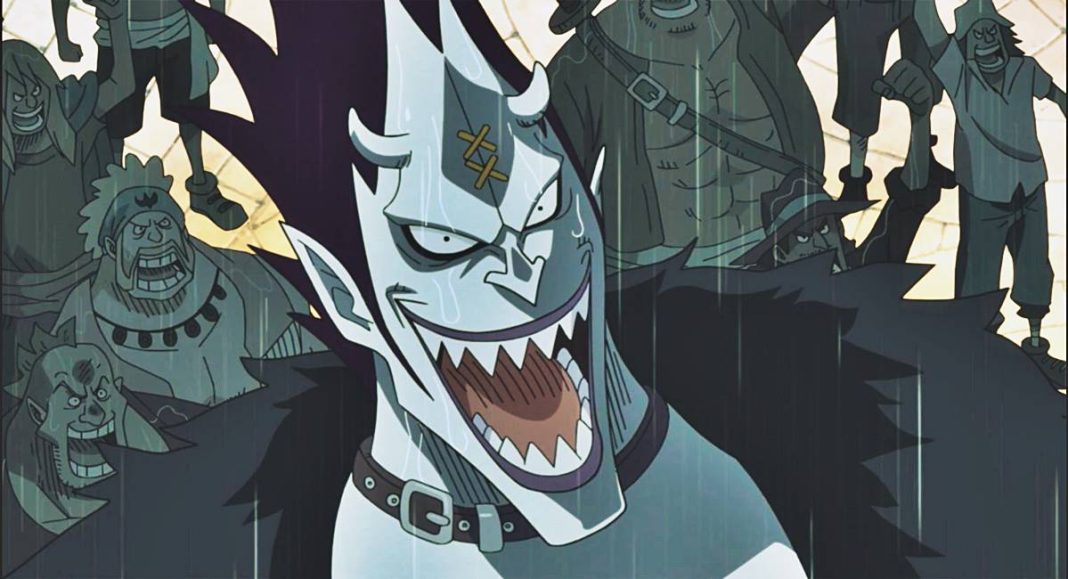 Gecko Moria One Piece: One piece has been one of the hottest topics since the movie was released recently. There are many characters that are becoming the talk of the hour and fans are eager to know more about them, which is why I have come with this blog to tell more about one of the recent characters who is also becoming famous nowadays and the name of the character is Gecko Moria. So here are some of the details that are making fans curious and also making them want to know more about the characters.

Who is Gecko Moria

Gecko Moria is the captain of Thriller Bark Pirates and he was a member of Seven Warlords of the sea once. The main thing that makes him famous is that he lives on one of the most famous and largest ships in the world, Thriller Bark. He was once a Warlord and had a bounty of around 320000000 but it was frozen since he lost his position as Warlord.

When he was young he was captain of the Gecko Pirates until his people were killed in a battle against Kaidou. Anguished by this event, he swore to make a comeback and created his own army of Zombies, made by his subordinate Dr. Hogback.

How did he join the Blackbeard

Well, it is still to be clear how Moria Joined Blackbeard but here is a theory that gives an explanation to the question.

Also, Gecko Moria’s secret technique allows him to absorb a hundred shadows in one go.

How Strong is Gecko Moria?

Gecko Moria is one of the strongest characters in one piece which makes him talk of the hour. He was one of the Warlords of the Sea and one of the most experienced pirates in the entire show. In his prime time, he was known as the only one who can challenge Kaidou in a battle but he lost his crew to him. During the Paramount War of Marineford, he fought Curiel, the commander of the 10th division of the Whitebeard Pirates, and fought unscathed except for a blow from Jinbe (a  former military commander). He also manages to trip Little Oars Jr. on a train, even though others had injured him earlier.

Moria is one of the strongest which can be easily determined by his physical capabilities. He possesses considerable endurance which can be seen when he fought against Luffy, even after taking so many blows he quickly recovered from his blows.

His body is very big that is why he is able to restrict any attack which comes on his body and also his large mass and size help him recover quickly.  He can single-handedly lift a full-grown man in the air without any effort. But his large size doesn’t come in his way, he is incredibly fast and which can be seen when he was able to outrun Luffy who is fast also.

In addition to his formidable (although often overlooked) physical traits, Moria possesses impressive willpower. In Asgard of Shadows, he managed to keep 1000 shadows within his body, albeit with difficulty. did.

Wise and strategic, Moria shows sharp plans on several occasions. He often pre-plans his zombies, placing specific shadows on specific bodies, and modifying his body to suit his purpose under the circumstances. He apparently knows the mechanism behind Bartholomew Kuma’s ability to instantly transport people to another location, and most people don’t realize it.

His Devil Fruit Kage Kage no Mi is a paramecia Type, that allows him to manifest and control shadows as physical things. One such thing is that he can use his own shadow to fight in place of him and also he can disassemble his shadow into many parts like bat-shaped creatures that can attack his opponents from every direction. The thing which makes this power so useful is that no one can catch shadows but it can attack you and can take the form of anything which makes it more dangerous.

He can also use other people’s shadows by cutting them off from the owner’s body. The person whose shadow is taken can not go in the sun or they will be killed in an instant. He can also insert those stolen shadows in the corpses and create his army of Zombies. Also, shadows can be inserted into a living person making their physical power increase a lot which makes this devil fruit even more dangerous.

So Here are some of the things about Gecko Moria and I hope I have managed to answer all the important things about him until next time.