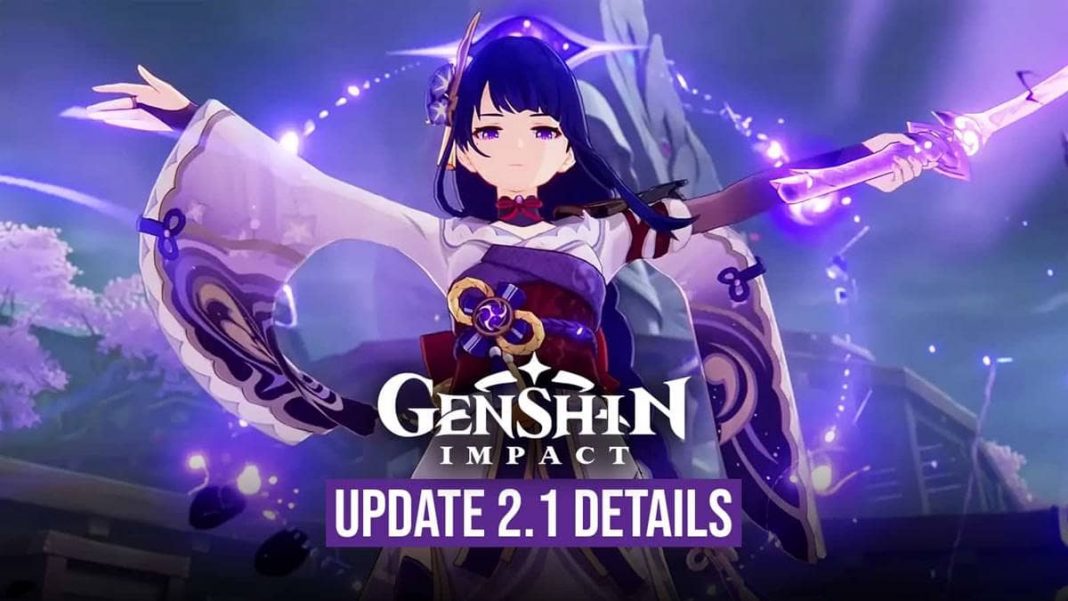 Genshin impact version 2.1 2021 game release date has been leak with its characters and codes

2.1 has finally announced a few good news related to its New islands and their characters along with some of its free Primogem codes and many more discussed below.

In short in this upcoming update, the users will be going to see some new islands and their new characters, boss enemies, and many more.

Genshin Impact’s new grand update in which you will going to see The Immovable God and as well as Eternal Euthymia.

Which both will be available to enjoy that you are going to get along with some more content on the date of 1st September 2021.

This new 2.1 update of this game is called “Floating World Under the Moonlight,”

Along with some more added new characters and a few additional bosses fights along with two new islands so as to explore more of it.

The fishing which is set to make its debut to Teyvat which Everybody is waiting to try.

So ahead of its release, miHoYo has finally announced that the details which will all of us are going to see through its special program.

Genshin Impact 2.1 which has announced that If you are the one who has been waiting for codes

which will be the redeemable one then in that case you can check them below and you can avail especially 300 Primogems for free.

We have compiled here some of the most famous code of this game namely the Genshin Impact 2.1 version.

NTPVU7JTJYPD (The next one which will be the third one will going to give its users 100 Primogems + 50,000 Mora)

2.1 codes which we have discussed above and here we are going to discuss How you going to claim free Primogems.

So by this method, we have in detail has written the stepwise procedure that you can easily apply.

Step 1 is to get Open the Genshin Impact game on a mobile or PC. Then Tap on its profile icon. Then thereafter Visit the Settings section of Account.

Step 2:- then Tap on its Redeem Now and then you have to paste its code and then click over the Exchange button.

Step 3:- so as To claim its 300 Primogems all you going to need is to visit its mail portion. Then just Click over the “Claim all” button and that’s all