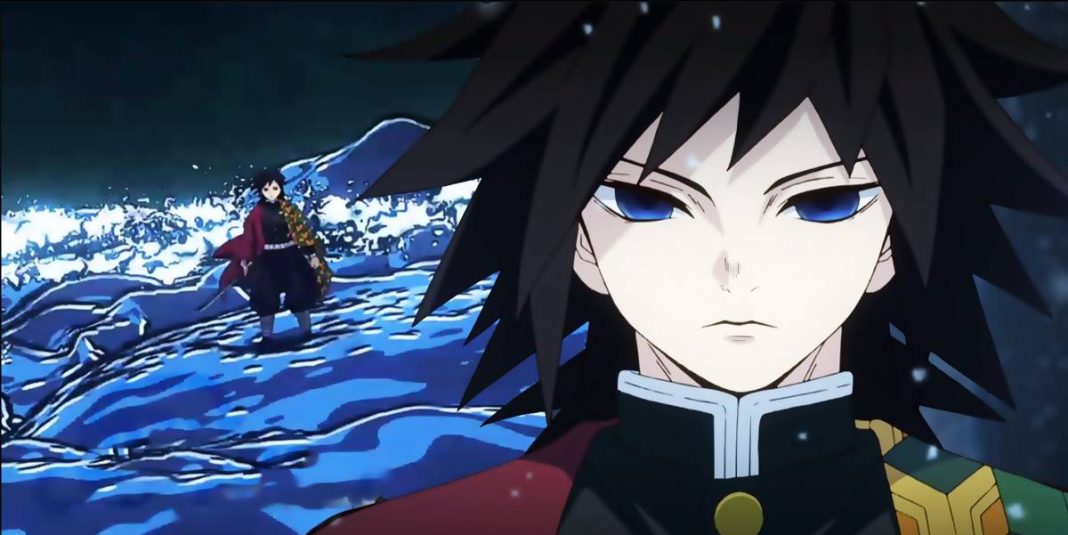 Giyu: Demon Slayer is a trending topic nowadays. The fight between blood-thirsty demons and demon slayer corps is worth watching. But what excites us about this anime is its representation of the character. One of the characters is Giyo Tomioka one of the Hashira. Here are some interesting facts about him.

As of his appearance says he is middle ages men with long hair and an average look of body and face. His face looks like he is always in bad mood. He wears his demon slayer uniform with the red-green color of things covering his body and they are of the chequered pattern. He is a strong hashira and uses his power well.

His personality is very different from others. On one hand, he tries to remain away from other demon slayer and works alone on the other hand he also helps his fellow hashira. He also helped Tanjiro in meeting his new master Sakonji Urokodaki who is also Giyu s master. Giyu always remains quiet and minds his own business. He also says that he likes to remain alone because people are annoying.

He has a great sense of justice. His expression is very difficult to un because he doesn’t show any emotions. He lets Tanjiro kamado and his sister live even after she became a demon if there is another hashira in his place the Hashira would have simply killed Nezuko without even thinking about anything. Thus he prefers justice whether a bit is against the rules of the demon slayer corps.

Talking about his relationship with others he is kind of shy in nature. He is very affectionate towards his fellow Hashiras though he remains away from them. Giyu is there to help anyone but he doesn’t take responsibility for others. He helped Tanjiro in meeting his Master because he thought Tanjiro is like him. He first doubted Tanjiro and tried to kill nezuko but later realized that Nezuko being a demon doesn’t harm anyone and lets them go away.

5. Giyu have No friends

As seen earlier in anime Giyu doesn’t have anyone whom he can call as Friends. He is so alone that his fellow hashira Shinobu kocho always taunts him and makes fun of him of his loneliness and he can never make friends with anyone. Though Giyu doesn’t care about all these sometimes he gets pissed of because of the childish behavior of Shinobu. He says that he doesn’t wanna make friends with anyone as they are just a burden to him.

He uses one of the oldest derived techniques from sun breathing known as water breathing. As seen from start he generally accepts the fact that he uses this technique very well. He has mastered all ten forms of this breathing technique. He also has eleven forms Which he uses exclusively. In this technique, he generates a dragon out of the water and slashes the enemy’s head within a blink of eys without even anyone noticing. His ability to control and manipulate water is impeccable and also has a high rate of success. He easily killed one of the twelve moons easily named Rui.

Though much hasn’t been shown about his love life it is seen in many instance that his fellow hashira Shinobu kocho irritates him more than anyone and always mock him for having no friends because of his attitude. But secretly she wants to be her friend. At many times she has also seen care for giyu. It is maybe she likes him. But it is not shown fully that she likes him. Due to the fact that they both go on same mission many times she kind of started liking him.

Though he shows no or fewer emotions, he has developed an inferiority complex when he was a kid he understands what it feels like to be bullied by others. Thus when he understands the story of demons And how they become the demon. Giyu also lets them live if the demon doesn’t eat humans. It shows that he doesn’t have hate towards demons rather he believes in equality and he has a great sense of judgment.

Powered by one of the most difficult techniques of water breathing he himself is very good at fighting. He mastered every form of this breathing at many times. He is a master at sword fighting. His movements is very difficult to guess. Though he has been seen using it more often. His speed and reflection are unmatched by anyone. Giyu blade is very sharp. His fighting abilities are unmatched when against fights with akaza he manages to fight him even after several injuries. As Every hashira he also has superhuman strength. His will is indomitable. He also fought against Muzan almost injuring him.

A. His name is taken from the words heroism loyalty and courage. His favorite food is Salomon

B. He has his own spinoff manga in two parts named Giaiden 1 and 2.

D. After battle Muzam when he loses consciousness he takes longer to come to his senses but Nezuko helped and took care of him.