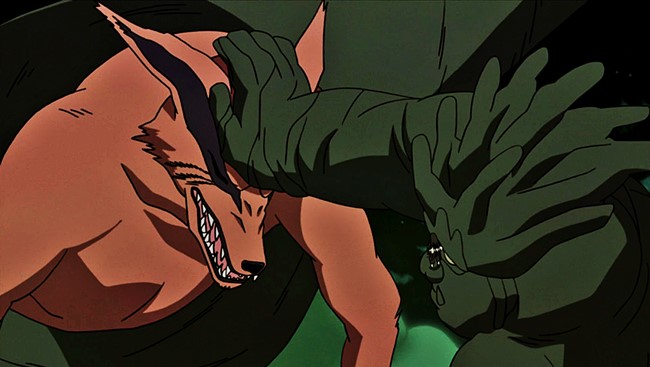 This technique utilises the power of the Wood Style Release to forcibly suppress a tailed beast’s chakra. The user produces the ‘sit’ kanji in his palm, and by touching the tailed beast, or its jinchuriki, with their hand, the user suppresses the chakra inside an area lined with ten pillars. When Yamato (Tenzo) used this technique to suppress Naruto Uzumaki’s four-tailed form, Naruto Uzumaki needed to be in possession of the First Hokage’s Necklace to seal the Nine-Tails’ chakra. 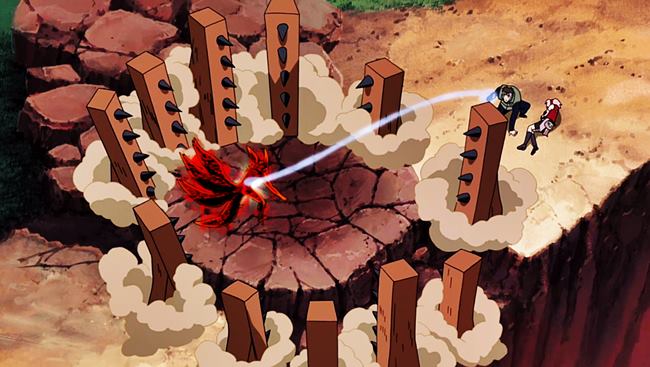 When Hashirama Senju used it on a tailed beast directly, rather than a jinchuriki, he circumvented the use of the pillars and channelled the tailed beast control through his Wood Release, Wood Human Technique, which could even overwrite the control of a tailed beast controlled by the Sharingan. The last part of this technique’s name, ‘Kakuan Nitten Suishu’, comes from a famous series of short poems and accompanying images, called the Ten Bull Pictures (Jugyu-zu, Chinese – Shiniu-tu). The pictures and poems are intended to illustrate the stages of Zen discipline.

They were drawn by a twelfth century Chinese Zen master called Kuoan (Japanese – Kakuan, Literally meaning – enclosed hermitage). The tenth poem talks about how the fully enlightened herdsman returns to the city to help others reach enlightenment. This poem is called Ruchan Chuishou (Japanese – Nitten Suishu), which can be translated as ‘entering society with bliss bringing hands’ (hands that teach how to reach enlightenment).