Home Entertainment How Did She Hulk Get Her Powers? 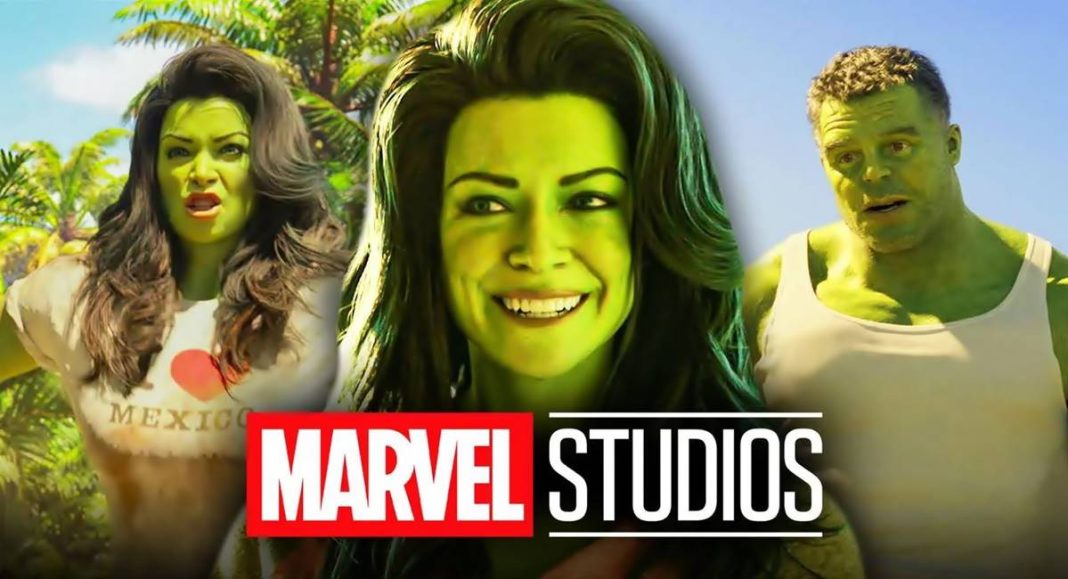 How Did she hulk get his powers? She-hulk is one of the trendings shows now and why not Hulk is one of the most loved characters in superhero history and the series also deserves appreciation. But there are many questions that are unanswered in the show which is why it is essential to get the answers that are related to the show. Created by writer Stan Lee and artist Jack Kirby, the character first appeared in the debut issue of The Incredible Hulk. one of the questions that arise from the start is how did hulk get his power, the answer is quite simple, ever since the Captain America got his powers and became a super soldier, there is a race among scientists to create another formula similar to the super soldier serum so that another Captain America can be created or more powerful than him.

In the same process, one of the best scientists Bruce Benner also tries to make the same formula but failed and created another beast.

Hulk in the MCU doesn’t have an origin story, unlike most other superheroes in Marvel’s mega-franchise. The Jade Giant is the least distinctive of the MCU’s central figures. That’s because it doesn’t fit into the franchise’s narrative structure, as well as his powers and moral gray area points.

In the film, Bruce Banner was working on an experimental treatment and testing it himself.  Turns out, the gamma rays turned him into the Hulk. There are many things in the movies and comics that differ which is why the fans are confused about many questions in the she-hulk so I am here to answer all the main questions that fans are confused about.

What is She-hulk’s Name and what is her profession in the series?

She Hulk’s full name is Jennifers’ Walter, she is a lawyer by profession and worked as an Attorney at Law, she is currently working as a lawyer for superhero affairs and her first case is Emil Blonsky, who is also a mutate like Hulk named Abomination and he is one of the greatest enemies of Hulk. Hulk is seen fighting with him many times in the movie and comics as well and Hulk has defeated him many times which is why he is one of the greeted enemies of Hulk.

How She-Hulk Get her powers?

From the comics the answer is simple, she got her powers when she was getting blood donated by her cousin Bruce Benner. So here is the full story that will clear all the answers, see as we all know, Jennifer Walters is a lawyer by profession and in one such incident she was fighting a case for her clients but the opposition party was not happy with her, and tries to execute her. They tried to kill her and fired bullets at her, in the event she was badly hurt but thank god that she was saved by someone and taken to the hospital where she was admitted,

but there another problem that doctors were facing is that a lot of blood was drained from her body due to the attack and now she needs blood that is very rare luckily her blood type gets matched with Bruce Benner, her cousin. Doctors connect them not knowing that this will change her life forever. Due to the similarity between their genes and the connection in their DNA the power of the hulk gets transferred to Jennifer also and she becomes the hulk. If there was someone else in her place of her, he won’t be able to survive the power of hulk and this is how she got her powers in the comics. This is one version of how she got her powers.

Talking about the Ongoing series about She-Hulk, there is a change from the story shown in the comics. In the show, it is shown that she and Bruce are on the way somewhere and suddenly they meet an accident, she gets a cut on her hand and some drops of hulk’s blood get transferred to her. First of all similar to hulk, she is not able to control her powers but in her surprise, she gets a hold of her powers in a few days while it took hulk several years to control his powers. It shows that she is more in control of her powers which is why this She-Hulk is safe and safer when it comes to comparison with the hulk.

She-hulk is going to be the replacement of hulk in the future for the Marvel Cinematic Universe, but as of now, fans are not impressed with the series as they dont want hulk to be replaced by some female characters who are shown to be superior to the hulk. Fans are also saying that Marvel is trying too hard to make this universe only dependent upon girls and making many characters who used to be male now they are becoming female replacements. But all and all I think there are many things in future which fans might not like but we have to settle with that. So I think all the questions are answered now for more answers and questions related to the shows and other stuff like movies and anime stay tuned to the website. Until then goodbye.