Home ANIME How Strong is the Uzumaki Clan as compared to other clans? 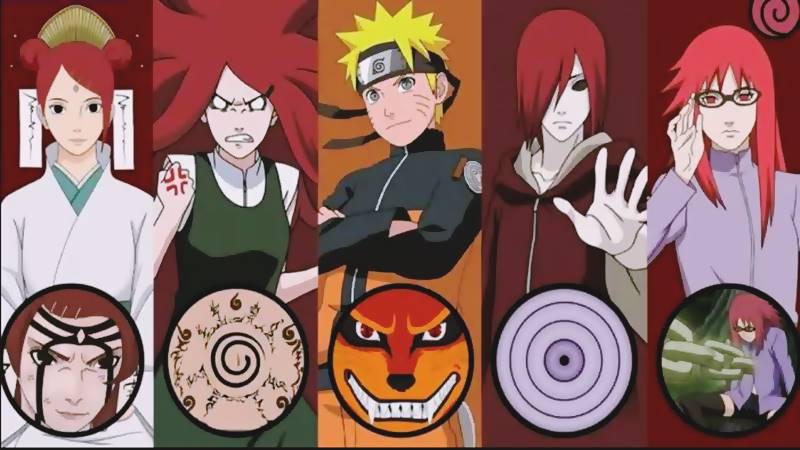 How Strong is the Uzumaki Clan: Naruto is one of the longest-running shows in the history of anime. The show has everything friendship, enemies, and things that can’t be described which makes this show so awesome.

Naruto show has many clans which made the backbone of the show such as the Uzumaki Clan, Uchiha Clan, and other clans. Naruto who is the name of the show belongs who belongs to Uzumaki Clan.

The Uzumaki Clan (うずまき一族, Uzumaki Ichizoku) was formerly a prominent clan in Uzushiogakure. The members of the clan are very powerful having red hairs and they have an incredible amount of chakra which makes them very powerful. Since they moved from the native land which makes them live in Konohagakure. during the fourth shinobi war, they came into the world before that they lived in a hidden village.

They are said to be the descendants of the Asura Otsutsuki which literally makes the god connected also there is the thing that makes this clan more powerful they were very near to the Senju clan which is another very powerful clan. Over the years, Uzumaki and Senju maintained a close relationship, with members sometimes marrying between clans, like Hashirama Senju and Mito Uzumaki. was established, Senju decided to symbolize the clan’s friendship by adding the Uzumaki emblem to Konoha’s bulletproof Jacket.

Many instances in the show that the Uzumaki clan is one of the best clans as they helped the people many times when they were in need one such instance is that when the Nine-tailed fox (Kurama) attacked the village then Uzumaki members helped seal away the beast which saved everyone in the village. So here are some of the best abilities which are possessed by the Uzumaki clan which makes them more powerful than other clans.

1. Uzumaki naturally has an incredibly powerful life force. As a result, it has a very long lifespan and slows down aging. Mito Uzumaki was born before the founding of Konoha, but lived well into the reign of the Third Hokage, preserving her hair color perfectly. This ability of the Uzumaki makes them live long for a long time. They can recover from any injury faster than anyone which makes them unbeatable in the list of the clans.

2. Another powerful thing that makes this clan unbeatable is that this clan has the natural ability to heal itself through the consumption of its chakra. Chakra is one the most important thing which is very important during the fight and anyone who possesses unlimited chakra will easily win the fight but also skills matter in the fact. However, it is dangerous to use this ability on a regular basis.

3. Some members, such as Karin, can exert their own sensory abilities and the ability to suppress chakra traits, making them undetectable. With some members, Kushina-to a lesser extent-Karin also had a uniquely shaped chakra that became a Jinchūriki and had special characteristics that were particularly suitable for making diamond necklaces from her own chakras.

4. Uzumaki clan is so powerful that it is able to seal a tailed beast which requires an immense amount of chakra and they are the ones who created the famous sealing Jutsu through which they were able to seal the Nine-tailed fox. Ashina could easily seal the Tailed Beast with just a few hand signals. Other formidable Finjutsu users of the clan include the Reaper Deathseal, which summons a Grim Reaper(Shinigami also known as the God of death). During the Hashirama Senju era, when the country needed such power, a  temple was built on the outskirts of this leaf to store masks-the fuinjustsu ability they possess is still revealed.

5. Barrier ninjutsu was essential to protect the hidden village. Therefore, by using the seal label, we were able to build various strong barriers as needed. Also, in medical ninjutsu, sealing techniques were often used to monitor and stabilize the patient and to assist in surgical treatment. The fact that Uzumaki’s greatest abilities were primarily suitable for support only gave them great respect given their effectiveness on the battlefield and the full survival of the ninja.

6. Kushina was so powerful that she was able to control the tailed beast in her body which is why the Uzumaki clan is also known as the savior of society.

7. Let’s not forget about the present generation of the Uzumaki clan Naruto and Boruto. He was not a redhead but still got some good genes from the Uzumaki clan which made him the power to fight against. Naruto is the one who was able to stop the six paths of pain alone when fighting with the Sage mode which he mastered in the shortest time, he is known as the Reincarnation of the Asura which made him the most powerful shinobi at the present times.

8. Boruto also in the current series is one of the most powerful characters which is why the Uzumaki clan is unstoppable. Some of the clan members have even been able to manifest Adamantine Chains from their bodies, capable of suppressing anything, no matter how huge it is.

9. Currently, after marrying the Hyuga Clan member Hinata, Naruto’s next generation will have new genes which will be more powerful than the old generation which is why we can say that the Uzumaki clan will grow more powerful in the future.

Even though the Uzumaki clan is the most powerful clan in the sense they were sometimes got beaten by some other clans easily as they lacked coordination and faith. Most of the time in the show they remained hidden which created a sense of disbelief among the people.

All and all, in the end, we can say that if we have to choose three top clans then one of the clans must be Uzumaki in the list which is why the clan is one of the most powerful on the list.

I hope your question is answered and all the things are clear to you.