Home ANIME If you could Reboot Naruto Anime how would you do it? 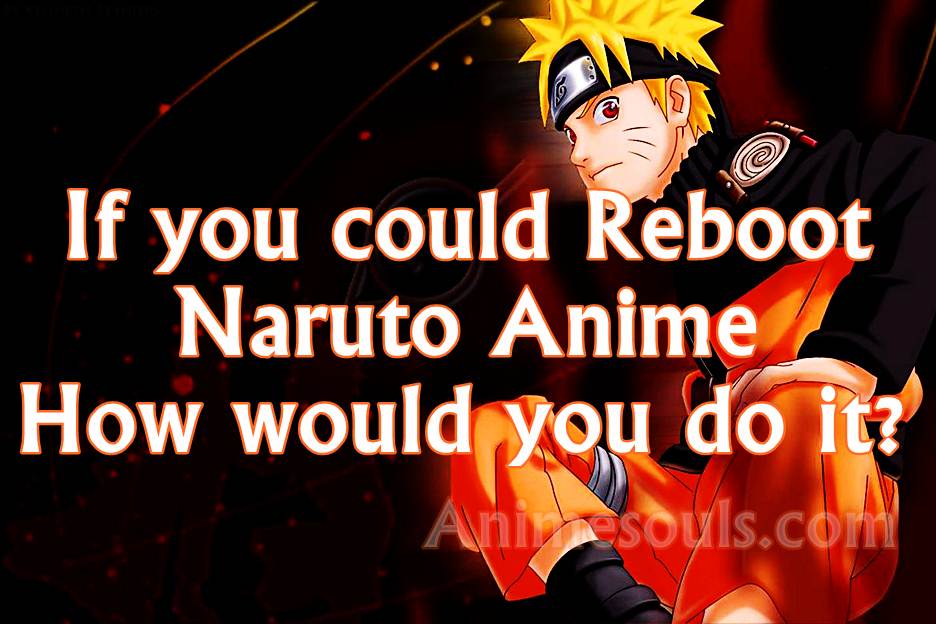 1. Get rid of Sakura Haruno, OR the shitty version that Kishimoto ended up making.

2. Less flashbacks And melodrama in the manga. Means NO fillers in the anime.

3. Change the motivations of many of the villain’s in the Naruto series. It was really amazing when the manga showed how much trauma and loneliness Gaara had gone through, and how that ended up producing a psychopathic killer. Such a nuanced look at a villain was really refreshing, as opposed to the traditional Good v/s Evil narrative of most heroic tales. But it ended up getting stale after Kishimoto used the same trick on Sasori, Obito, Nagato, Kabuto, etc.

5. Change Tobi (Obito) into Izuna Uchiha or some other contemporary Uchiha of Madara instead of Obito Uchiha aka Discount Darth Vader. Make clan politics, betrayal, personal ambition, and the quest for power as Tobi’s (Obito) main motivations.

6. Get rid of Kaguya Ōtsutsuki, and perhaps the whole transmigrant thing. The original premise of the manga was supposed to be a relatively untalented dumbass surpassing the usual geniuses with More guts and superhuman effort. Naruto Uzumaki being a transmigrant of Ashura Ōtsutsuki negates that premise in some ways.

7. Get rid of Double mangekyou sharingan Kakashi. Instead, do full justice to the awesomeness of the character by giving him proper power development. In fact, I’d make Kakashi Hatake’s story a parallel to that of Naruto. While Naruto Uzumaki is a dumbass who overcomes his lack of natural talent through superhuman effort and determination, Kakashi Hatake is a natural genius who uses his natural talents to overcome his crippling lack of stamina. By the end of the series, he’d sort of eventually end up becoming the second Senju Tobirama in his quest to overcome his lack of stamina. And oh yes, I’d give him a much wider jutsu variety so that fans wouldnt’t have to roll their eyes when they hear the phrase ‘Copy Ninja Kakashi The Shinobi Who Copied a Thousand Jutsus’.

8. Much, much more character development for the Konoha 11 (Tree Leaf Eleven People).

9. I’d keep the all main characters grounded. The world is about a ninja world, make it about ninjas. Not about gods.

10. Flesh out the main and supporting characters. Teams Asuma, Kakashi, Kurenai, and Might Guy should each be around each other fairly often enough that each character gets a focus.