Is This The Real Reason Hinata “Pregnant first” in Shinden Sasuke?

Serving filler episode of Naruto Shippuden 484 which became the opening of the animated version of the novel Naruto: Sasuke’s Story: Sunrise (called Sasuke Shinden: Book of Sunrise in Japanese) written Shin Towada on December 1, 2016 yesterday, leaving many surprises. One is Hinata shown very weak. Hinata byakugan to hold ONE chakra points shinobi controlled, and it only briefly, then later almost fainted, had to get help Naruto.

It was clearly not normal. With great war experience that end few years ago, Hinata should be stronger. Even during the movie The Last: Naruto the Movie (which is the timeline occurred several months before Sasuke Shinden), Hinata fought against a lot of puppet tirelessly, and even give his chakra to Naruto. 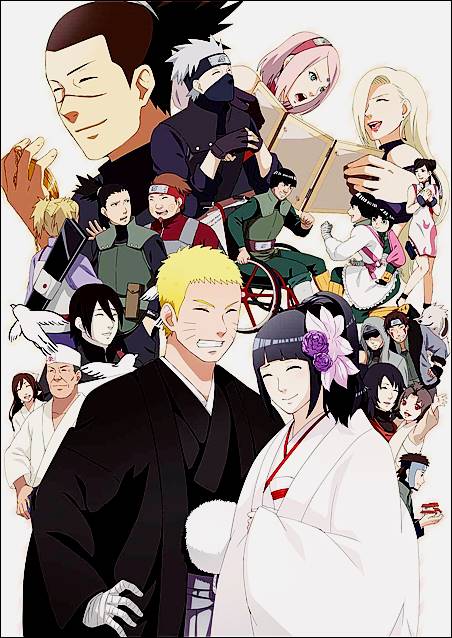 Although not yet confirmed with certainty (and official), but the guys who know certainly novel OFFICIAL Naruto storyline ever we gave our previous article, it is possible if the weakness of Hinata’s because she is pregnant and contain Boruto. Should a pregnant female ninja forbidden to fight in Konoha.Hinata was not aware if she was pregnant.

If you look at the official timeline novel Naruto, Sasuke Shinden this position should be in the final, before Boruto: Naruto the Movie. But for some reason, which until today has not been clear, Studio Pierrot (which produces the anime Naruto Shoppuden) actually animate Sasuke Shinden first before two books Naruto Hiden which had been planned animated since October 2016 last, which should be timescapes happen earlier? (Read more novel explanation timeline Naruto on our previous article for more details)

Sasuke Shinden released 4 November 2015, written by Shin Towada and illustrations drawn by Masashi Kishimoto, Sasuke tells the journey to find out more about Kaguya Ōtsutsuki. Being the third series novel after two series Naruto Itachi Shinden Shinden, and setting the time taken after the last novel series Naruto Hiden, Akatsuki Hiden: Evil Flowers in Full Bloom, which tells the story of the epilogue after the end of the manga Naruto and focused on the Akatsuki.

With Sasuke Shinden were supposed to be at the end of the timeline entire novel series Naruto (both Shinden nor Hiden), should not Sasuke Shinden anime aired earlier, in December 2016. What do Studio Pierrot is actually the same as when they animate Shinden Itachi, who was then a lot of the scene does not correspond to the manga version.

When it’s understandable, given the hundreds of pages of his novel (544 pages total for two novels) to be compressed into eight episodes of Naruto Shippuden, and has been running from the beginning of March 2016 until the end of April 2016. Previously, we predicted Sasuke Shinden will only run four episodes only, or for one full month. It turned out that such predictions are entered. Sasuke officially confirmed Shinden will only run for four episodes.

Japanese media to make sure if December 2016 will be filled with the story of Sasuke, then in January 2017 followed by the story of Shikamaru (Shikamaru’s Story: A Cloud Drifting in Silent Darkness), and in February 2017 the turn of the story Hidden Leaf Village (Hidden Leaf Village’s Story: The Perfect Day for a Wedding). At least each novel requires some episode. Details will be disclosed later sequel

Back on Sasuke Shinden animated earlier, although not disclosed the reason, it is right to put Sasuke Studio Pierrot Shinden early. But if we look at the increasing number of rumors that the anime series Boruto will soon be done, then put Sasuke Shinden in the final sequence, which proceeded to anime Boruto, will certainly leave many gaps more, considering that for novel Sasuke Naruto and Hinata who are already married , only mentioned getting a little scenario that clearly confirms if they have become husband and wife.

in Sasuke Shinden Chapter 1 Part 3, there is mentioned if Hinata was already married to Naruto. However, only in a scenario that, in ONE sentence that alone we find the reality if Naruto and Hinata married, no other part that says the two had become husband and wife.

Born from Hyuuga clan head, Hinata kin. They are kin can see different views of the distant, and even can see through objects. These days, Hinata Naruto has also become a wife.

“Hinata, can you try to see if everyone was under a genjutsu? Are they being manipulated? ”

“Got it, I’ll try to investigate”

Hinata Byakugan issued its strength. Blood vessels around the eyes to the surface of his face and he opened his eyes.

In the shadow of the author, it would be very strange to put Sasuke Shinden at the end of the filler which today is predicted to be an end to the whole story of the anime series Naruto Shippuden, and continue with the anime series Boruto, where Naruto and Hinata not shown clearly they’ve been married for Sasuke Shinden , And would be more suitable if the anime version of the novel Konoha Hiden: The Perfect Day for a Wedding (Shō Hinata written and illustrated by Masashi Kishimoto) that have been published since May 1, 2015 and, was placed in the last position.

for the reason could be pregnant Hinata Sasuke first in Shinden, and the animated filler in advance of Konoha Hiden.

Konoha Hiden, the story focused on the preparation of Naruto and Hinata preparation for marriage, and a flurry of other characters look for this invitation, and ceritaini obviously better suited to be a handover to the anime series than Sasuke Boruto Shinden, and placed on the last delivery in February 2017. 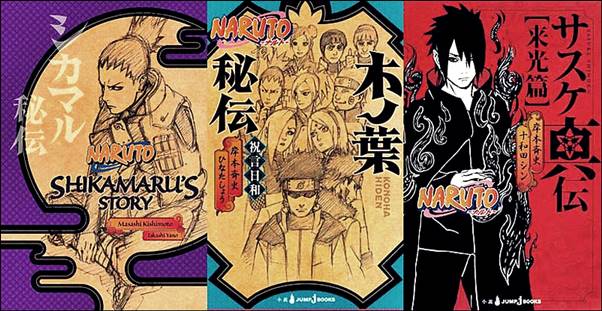 What do you think, is there any other reason Sasuke Shinden placed earlier than Shikamaru and Konoha Hiden? Is it true that after the filler novel is the story of Naruto Shippuden Naruto will end and be replaced by Boruto anime series that began in March 2017 (or exactly a year since Itachi Shinden shown), as is widely rumored lately?

If true, we can not wait for the transition to the anime series Naruto Shippuden Boruto new. Moreover, the manga version of the story today immediately got out of the story raised in Boruto movie.