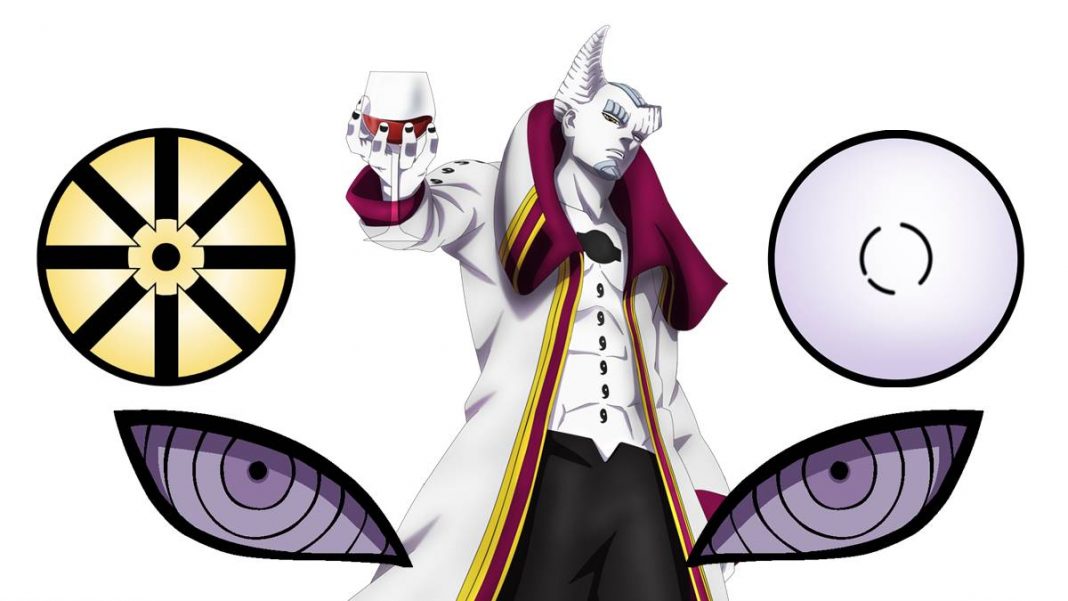 Isshiki (Jigen) is the leader of Kara. He is one of the most powerful antagonists of the series. Jigen is insanely strong. He has monstrous power and abilities. One of the greatest sources of Jigen’s power is his eyes.

In this blog, we will see about the ability of Jigen’s eyes. We will also see whether Jigen’s eyes are Rinnegan or Byakugan.

For those who don’t know, let’s take a look at what Rinnegan and Byakugan mean.

The person who wields Rinnegan can utilize the Six Paths Technique. The power to collectively use the six abilities gives enormous power to the user.

Byakugan is part of three great Dōjutsu. it’s is a kekkei Genkai that originated from the Otsutsuki clan.

it is a Dojutsu that is present at the time of birth. Persons that have Byakugan are generally identifie by their eyes. The iris of the eye gets enlarge and white. When a user activates their Byakugan, the increased blood flow causes the veins near the eyes to bulge out.

A person with Byakugan gets the ability to see 360 degrees except for a small spot at their back. Byakugan makes the vision so powerful that the person can easily see through walls and can even see the contents of another person’s body. Byakugan can increase the efficiency of user’s genjutsu.