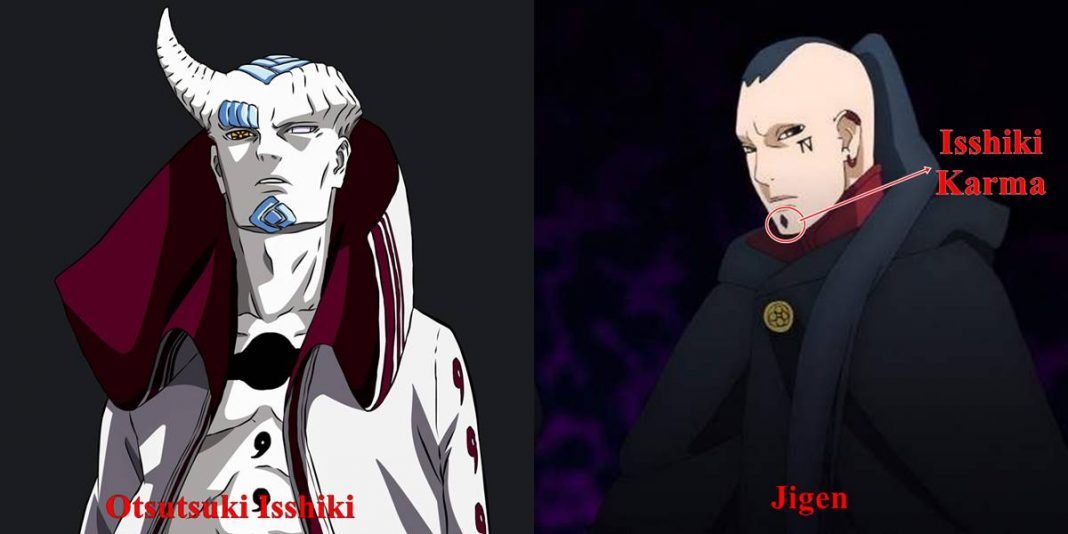 10 facts must know about Jigen

Jigen is one of the biggest villains of Boruto.

Jigen is among the most powerful villains. He is the leader of Kara. There are many things that we don’t know about Jigen. In this blog, we will discuss the must-know facts about Jigen.

he has Karma on his chin. Boruto Uzumaki also has Karma on the palm of his hand. Jigen Karma comes from Isshiki Otsutsuki. he is the vessel of Otsutsuki. How Jigen became a vessel is still unknown. The power that Karma gives to Jigen is disastrous. The Karma power that has been shown till now is enough to show how dangerous and powerful he can be.

Most of the boys in the experiment were kill. Kawaki and one more unnamed child were the only two to survive the experiment. After some time of the experiment, Kawaki was made the next vessel of Otsutsuki Isshiki.

Jigen is one of the three characters who have the access to Karma. he is the only one in the series who has complete control over his Karma. Because of the control that he has over his Karma his powers are immense.

he can also teach other people about the usage of Karma. He taught Karma to Kawaki. The real power of Jigen’s Karma was shown in his fight with Sasuke and Naruto. he has the ability to pass his Karma onto others. The ability to pass Karma is unique to Jigen.

Jigen has many overpowered abilities.

Using his Karma powers along with his black chakra receivers, he became almost unbearable and impossible to deal with, even for Naruto and Sasuke.

His real powers are immense. Still, there is a chance that more of his powers are yet to be explore.

Jigen is very powerful. He is one of the strongest antagonists in the series. He possesses destructive powers. Despite being so powerful, he is very polite while interacting with others. He is well nature for both friends and enemies. When Jigen went to Naruto’s place to retrieve Kawaki, he should greatly respect to the Seventh Hokage.

After fighting with Sasuke and Naruto he was crying this shows his good nature. He was termed as pathetic by Isshiki.

Jigen has a lot of abilities. Among all the abilities that he has one of his abilities is Genjutsu that he uses to communicate with the members of Kara. This Jutsu is not dependent on distance and works fine for great distances as well.

Relation of Jigen and Kawaki:

The relation between Jigen and Kawaki is complicate Kawaki himself has accepte that he has brought nothing but misery to him To make Kawaki the new vessel of Otsutsuki, he passed his Karma onto him. Jigen and Kawaki got connect from that time onwards Because of the connection, he got the ability to track Kawaki any time. Kawaki’s life became more difficult because of Jigen.