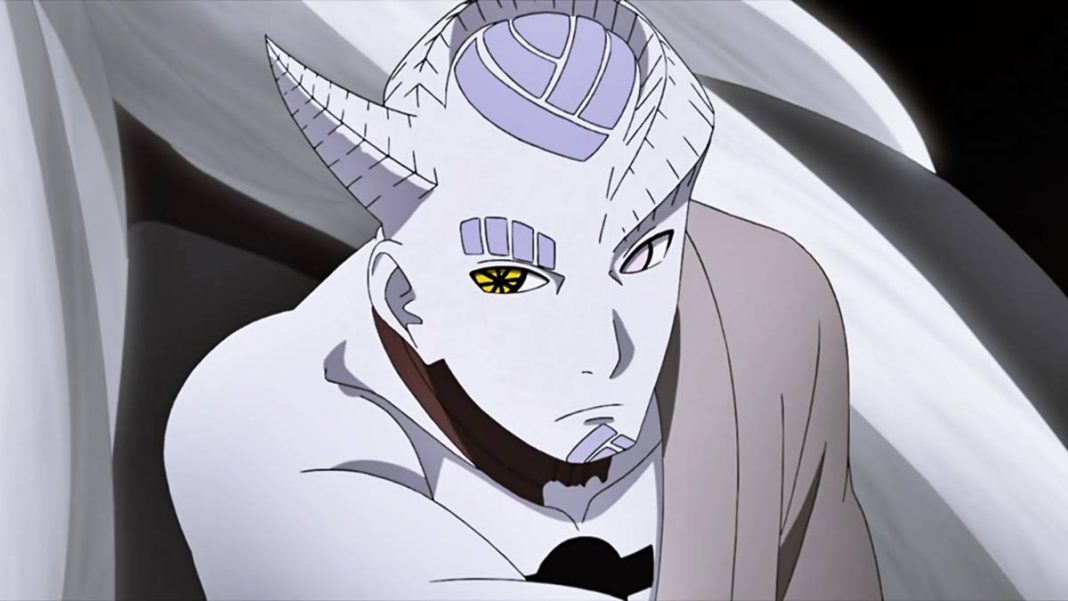 Jigen eyes: Jigen has immense powers. He has shown his true powers when he overpowered Sasuke and Naruto. From that fight onwards Jigen is in the spotlight and is a matter of discussion for many anime fans. Kara is an important part of Boruto and Jigen is the leader of Kara.

People are noticing every little detail of Jigen including his connection with Otsutsuki and his past. Many are curious to know the source of Jigen’s immense powers.

So let’s explore the powers of eyes of Jigen.

Jigen has a Byakugan in his left eye. He also has a unique right eye that allows him to execute Sukunahikona. His right eye gives him the ability to shrink himself to the microscopic particles. His left eye’s Byakugan gives him the power to see the chakra pathway system.

Just to be clear, Jigen himself doesn’t have any special ability in his eyes. When we talk about the eyes of Jigen indirectly we are referring to the eyes of Isshiki Otsutsuki. Jigen and Isshiki Otsutsuki died during their fight with Kenshin. Isshiki managed to revive himself into the dead body of Jigen.

Now coming back to the topic, Other than the known versions of Byakugan, Rinnegan, Sharingan and Tenseigan Isshiki Otsutsuki is the only Otsutsuki who possesses a unique eye. It may be true that his eyes are a modification of them but Isshiki Otsutsuki’s eyes are very dangerous. Because of this Dōjutsu only that he was able to escape from death after Kaguya’s betrayal.

Otsutsuki’s right eye’s Iris and Pupil are yellow in color. There is a black wheel-like pattern with 8 spokes coming out of the center of the eye.
No one has any idea whether Isshiki was born with such appearance or there was some back story related to his appearance. Neither manga nor anime has gone in-depth about the Dōjutsu.

Sukunahikona is the primary attack of the right eye. Isshiki uses the ability of Sukunahikona by shrinking projectile attacks and then restoring them to attack enemies. The change of size is taken as teleportation by many as this happens almost instantly.

While there is no doubt that Sukunahikona is extremely powerful but what makes Jigen’s right eye so brutal is its Daikokuten compatibility.
This technique empowers Isshiki Otsutsuki to store anything into a stagnant time dimension. Once he has stored the elements he can summon those elements whenever he wishes.

The combination of these two Jigen’s right eye powers is extremely dangerous. Just imagine Isshiki shrinking thousand of rods and then summoning them against the enemy.

Daikokuten and Sukunahikona also help Jigen to destabilize a target’s footing and also to reduce damage. Moreover, this ability allows Jigen to reduce specific parts of an object as well.

Finally, the power that Jigen has is monstrous and the eyes of Jigen play a huge role in his powers.