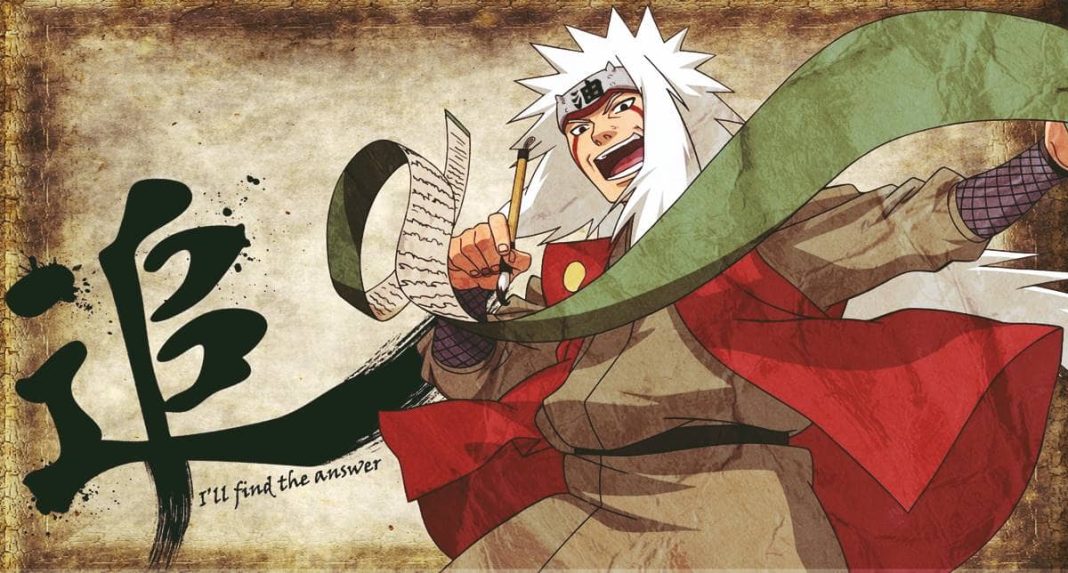 Jiraiya has established himself as a prominent and powerful figure in Naruto, even though many fans are unaware of his existence. Jiraiya, one of the Legendary Sanin, is a shinobi with two parts. One half is a wise man seeking peace and harmony in a world of violence and hatred,

who publishes books depicting such bloodshed and seeks out the shinobi student of prophecy destined to bring peace to the world of shinobi. What about the other half? That’s the darker, nasty side, with a Hokage-level shinobi ripping and shredding his way across a battlefield as an unbeatable brute force weapon. In this article, we will discuss the top facts about Jiraiya.

1. One of his fictional characters, Naruto, is named after him.

When watching Naruto: Shippuden, there’s no denying that Naruto has the saddest plot in the manga/anime. Sure, the fictitious world of shinobi is full of suffering and loss, but probably the worst scene in the anime is

when Naruto’s parents are ripped from him while encasing him in a mad, nine-tailed beast (Kurama). However, the parents needed to name their newborn first. After much deliberation, they chose to name their boy after a fictional shinobi invented by none other than Jiraiya, a famed Sanin and author.

2. At the age of six, graduated from the Academy.

Jiraiya is no exception to the rule that prospective shinobi begin their training at the Ninja Academy. What distinguishes the Toad Sage, though, is when he graduated from the Academy. Students can join the school at any age they want. However, the majority wait until they are eight years old. So, tiny Jiraiya, the little prodigy, joined, completed, and graduated from the Academy before the other shinobi children enrolled. The rest, as they say, is history, as the young prodigy joined a squad with Lady Tsunade and Orochimaru while being taught by the Third Hokage.

3. Jiraiya Isn’t it buried in the village of the hidden leaf?

Jiraiya’s brutal demise was a punch that hit most viewers with a shot that was still felt years after the anime was finished. After his battle with the Six Paths of Pain, Jiraiya’s narrative came to a sad conclusion

when he threw himself into the oceans, packed with metal rods and coated in blood. Naruto, who was grieving, didn’t want the Hidden Leaf to forget Jiraiya’s significance. Unfortunately, the body was never found, so Naruto decided to erect a memorial for Jiraiya in the village’s forest, carving the characters for “teacher” into the stone.

4. Jiraiya A Folklore Character Was Named

Masashi Kishimoto used Japanese folklore as inspiration for various characters in the Naruto manga, the most notable of which are the Three Legendary Sanin. The Tale of the Gallant Jiraiya inspired Jiraiya’s character, and Orochimaru, Tsunade, and Jiraiya were all based on folklore stories. Jiraiya Gketsu Monogatari, a protagonist who rides toads and uses their “magic,” appears in the story.

The basic technique “Translucent Escape” is a jutsu that allows the user to become nearly transparent, making it easier to move around unobserved. It’s a handy technique, as fans have seen it performed many in the anime,

but its origin is never fully explained like many “lesser” popular jutsus. Of fact, Jiraiya was the one who devised such a jutsu, but his reasoning wasn’t exactly “respectable” to most shinobi.

6. Jiraiya can summon himself in reverse.

Summoning is another form of jutsu employed frequently in the show, with Jiraiya being only one example. On the other hand, Jiraiya is one of the best Sages in the series,

summoning toads the size of mountains and using Sage Mode to transform into a powerhouse. Outside of Jiraiya, another fascinating technique fans don’t see is his ability to “reverse-summon” himself.

7. Jiraiya Different types of chakras can be used.

Water, fire, earth, wind, and lightning are the five basic chakra types and recognize which one a shinobi utilizes. Some jutsus require numerous chakra kinds, while others appear to use classes that they don’t, making it difficult to determine which types a shinobi may use without being instructe.

Shinobi are divide into three categories: Genin, Chunin, and Jonin. When a shinobi joins a squad, they are usually designate as Genin before attempting the Chunin Exams, and the most elite will eventually be promote to Jonin. Jiraiya, on the other hand, chose an “alternative” path to attaining rank. A Shinobi’s status is unclear throughout the anime and manga, with fans unsure whether he completed the Chunin Exams or even reached Genin.

9. Naruto was the one who gave him his only scar.

Jiraiya should be battered and bruised as a shinobi who has been through wars, fought innumerable battles, and square up against unfathomable foes, right? Not,

for when he lifted his shirt to show Tsunade a new scar, it was the only one on his entire body. Naruto had opened a big gash across most of Jiraiya’s chest after losing control of the Nine-chakra.

Tail’s Now, this may seem small or unworthy of being a “something you didn’t know,” but when you consider how long Jiraiya has been a shinobi, the fact that no one else has been able to scare him is a testament to his might.

10. Jiraiya final words were a quote from an old proverb that summed up his life.

“A frog in a well does not know the wide ocean,” the renowned Toad Sage said at one point. These phrases are based on an Asian saying about a frog that fell into a well and became the only thing he knew. The frog thought it had become smart and wise in a world it thought it understood while stuck in the well,

only to have this illusion destroyed when another frog dropped in. These lines represent the obstinate Jiraiya, a guy who thought he had matured and constructed his vision of peace and harmony only to have it broken.

Nagato, a student Jiraiya had spared during the second ninja world, was the other frog. He was about to kill his mentor after shaking Jiraiya’s universe and breaking his ideals.