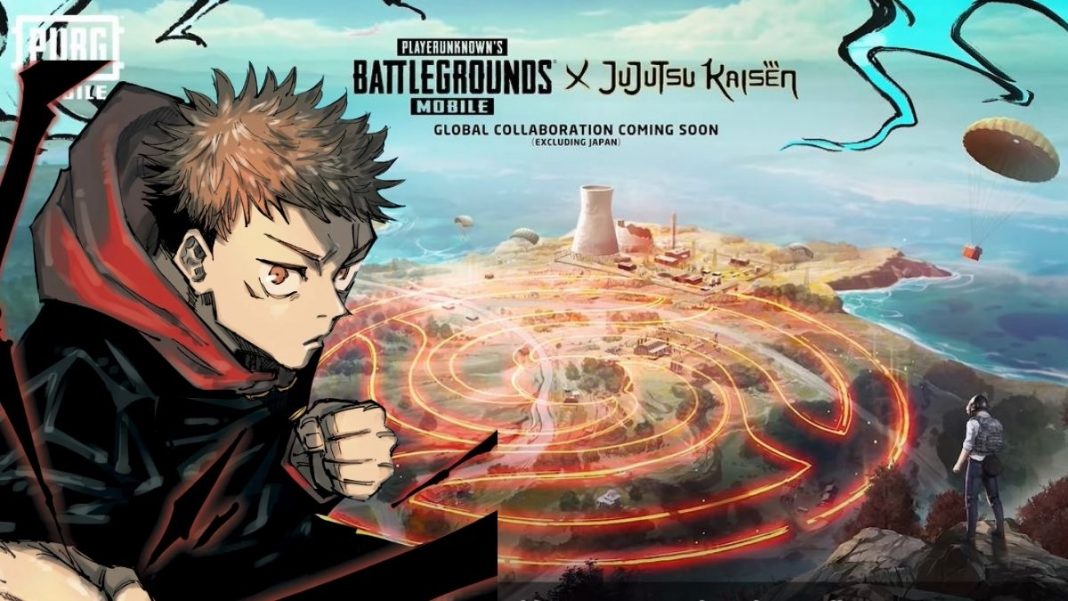 We all have seen how PUBG collaborates with big entertainment franchises just like how it collaborated with Godzilla vs. Kong franchise recently.

Players loved to watch two of their favorite and most powerful Kaijus appearing in the game.

But if you are an anime fan then you are going to be extremely happy to know that Tencent has planned an interesting collaboration for PUBG Mobile.

The developers of the game have now officially confirmed that PUBG Mobile is collaborating with the massively popular anime Jujutsu Kaisen.

The official YouTube channel of PUBG Mobile Indonesia has recently released a video of the Pertandingan 2021 team-up challenge final. The video covered a lot of interesting things and it also talked about all the previous crossovers.

For all those who don’t know anything about Jujutsu Kaisen, it is a popular Japanese anime based on a manga of the same name. This anime is based on a world full of fiction, sorcerers, and curses. MAPPA Co. Ltd, the popular Japanese animation studio premiered Jujutsu Kaisen’s season 1 last year. The anime received great love from the audience and was loved by almost all the viewers because of its characters, story, and jaw-dropping animations.

So now I guess you can feel that how amazing the collaboration of PUBG Mobile and Jujutsu Kaisen is going to be, both for the gamer’s community and the anime community as well.

According to the official announcement

According to the official announcement, the collaboration will be global but the official poster of the crossover states

that it will be release globally excluding Japan. Unfortunately, as of now, we have not received any official news about the release date. But whenever there will be an announcement regarding the release date or any other important information about the collaboration

we will definitely get the news delivere to you as fast as possible.