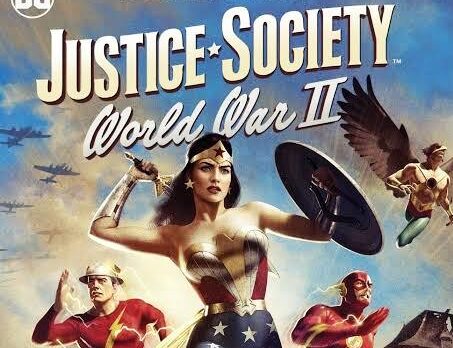 Justice Society In the early 1940s, when Nazi Germany invading most of Europe

and also when Adolf Hitler after magical artifacts At that time Franklin D. Roosevelt

was asked by Colonel Steve Trevor Actually, He was told to finally get Americans involved,

so by creating a team of superhumans.

as these are the core most important members of the JusticeSociety of America.

On the other hand, The JusticeSociety of America is consisting of a group of heroes

who help the allies in World War 2. It get an ally from the future.

This sends them on an adventure that changes history too.

Simultaneously I am a very huge fan of DC (Animated Movies) since my childhood even I really like this kind of animation style.

so It is a really fluid also action animation in DC, Just as I consider it was excellent in my opinion really.

while It was mostly great seeing the JUSTICE SOCIETY ASSOCIATION doing their fantastic thing meanwhile (P.S. Batman He’s my favorite)