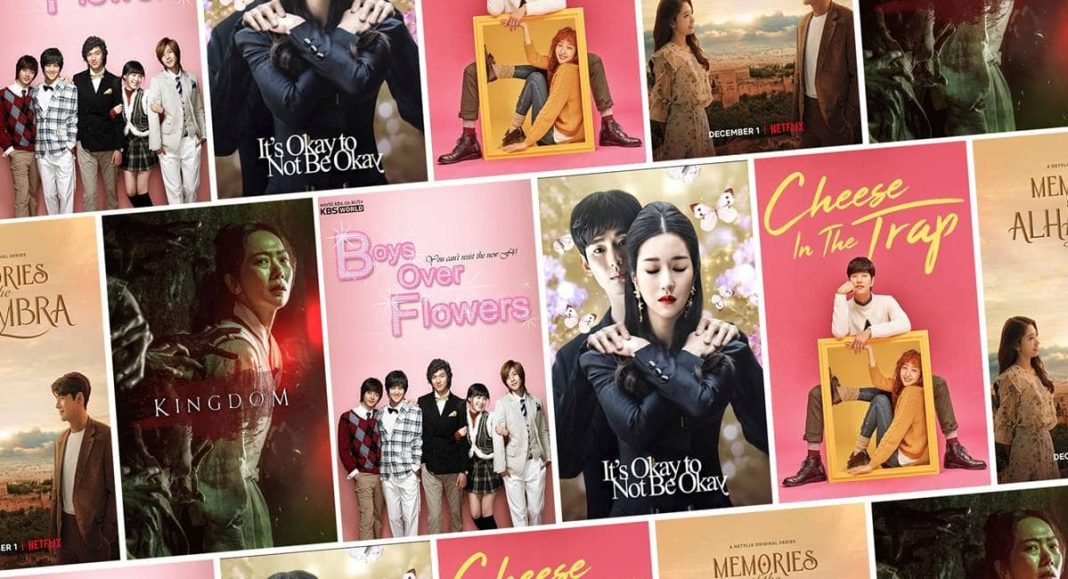 K-Drama Series: Hello guys, 2021 were a great year for web series lovers because almost all the year they lived in quarantine. The k- drama boomed in this time especially. The reason why k-drama became so popular was that people could connect themselves to them and the story, which attracted the audience. There were many series released by some of them that managed to make a long-lasting impact on the audience. So here is the list of top K-drama series released during this time.

The story is about a local police officer, who along with his new partner tries to find the reason behind the sudden disappearance of a young woman in the rural town of Man-Yung. The two brilliant duos try to find the reason behind it and the monster that is behind all these things. Watch how at every minute new secrets are being revealed and how friendly faces are hiding a dark truth in them.

This is the story about a girl whose father is killed by someone she doesn’t know. My Name is the show which takes us to another level of revenge. The lead actress, Han So-he proved that the role can be perfectly done if you are into your work totally. The story is an action thriller with some very badass scenes. Some scenes may be inappropriate for minors. This has all the things which you desire to watch.

When Park Joo-Hyung, the main lead, at the age of 8 gets adopted by an Italian family his life changes totally. Later for money, he joins the mafia and is adopte by Don Fabio, head of the Cassano family. He gets renamed as “Vincenzo Cassano” and also later becomes a lawyer and helps him in his illegal work. When Fabio dies, his biological son and the new leader try to kill Vincenzo. He then flees away to get 1.5 tons of gold hidden under a building. It is interesting to see how he tries to get the gold after many difficulties ahead of him.

The story is about a team of Korean military police who got on a mission to catch the deserters. The series is filled with an unrespectful nature since when we talk about the military we talk about respect and pride but to oppose that thing, the Korean aspect of the show has been shown in which, how the bullying and hatred among the people in the army are present and how those who considered weak will eventually be thrown away. The story is sometimes horrifying to watch.

The story revolves around 3 women’s of high society two of them being daughters-in-law of her family and one tutor. They all live in lavish mansions. This web series show their lifestyle and follows their story as they try to find their real love. The show is call ‘Mine’ because the show focuses on these women and their journey to find their true identities while also facing the stigma of society.

This is a story about women who desire to feel free. Jeong Hee-joo faced many difficulties when she was young but became a good painter and essayist. After she gets married her husband is mostly busy with her work and they have two children. They all live a happy and perfect life but she feels that she is just pointlessly living his life with any desire. Later she goes meets an art teacher who is full of life and becomes her friend.  They get along and try to live their life to the fullest.

This is a romantic drama which tells the story about how youth is the time when we get in love and later some become couples while others remain in misery. This web series shows the interaction between a heartbroken girl who no longer believes in love and a man who is Casanova and very flirtatious who doesn’t want any kind of relationship. They eventually end up together while romancing but they don’t want a relationship.

The story is about the time when justice seems like only a word, nobody gets it. the series shows the dystopian version of South Korea, where people only hate their leaders and they live in very bad conditions and always in chaos. There are many cases pending and trials happen every day in the courtroom which is live telecasts on television, and three judges come along to bring justice and peace in the society.

This one is my personal favorite. What happens when you do sin? Do you think god ignores it or isn’t watching you? When God decides to give people the punishment they deserve for all the sins they did, god starts sending three demon-looking characters o take their lives mercilessly. They are inform about the date when they will kill by the so-call mystery face who papers on the wall mysteriously. But there is more than just killing of people happening. You have to watch the show yourself to get experience and the season end will definitely surprise you.

Most watched show on the Netflix of all time. As the name suggests the story is all about the game in which the winner gets all the money. Watch how 456 members try to win this game on a deserted island away from anything. The people are made to play games which they played in their childhood but in the end, failure in the game means death. The reason why this series became so hit is that it actually connects with the people and the game they have played in their childhood like Greenlight Red light, tug of war or marbles, etc which is exciting to watch. Watch how friends turn into foes and fight for the money.

Thanks for reading this K-Drama Series blog.