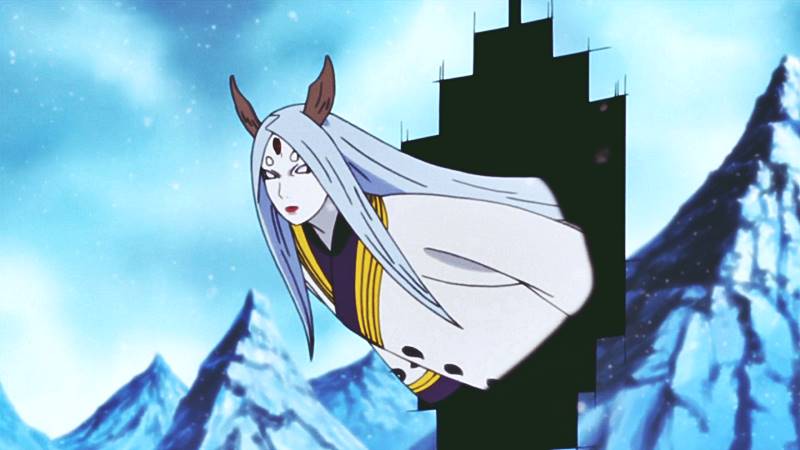 Kaguya Otsutsuki is a god in the Naruto universe, as he is the progenitor of all chakra made on Earth. Here are a few of her abilities. Kaguya Otsutsuki is a character in Masashi Kishimoto’s acclaimed Naruto series, which can be regarded as the key catalyst for the many events and conflicts in manga and anime. Kaguya, a cruel princess from the Otsutsukis celestial clan, is corrupted by power and driven by a desire to dominate and control. In this article, we will discuss the top ten facts about Kaguya Otsutsuki.

The members of the Otsutsuki clan do not have access to just one power. Unlike the Uchiha and Hyuga, who each have their own Kekkei Genkai, members of the Otsutsuki clan appear to have distinct powers that may or may not be the same. The majority of the members seem to have a Byakugan, although some have unique abilities, such as Momoshiki’s Rinnegan in his palms or Isshiki’s unknown ocular Kekkei Genkai.

Consumption of the fruit from the God Tree, on the other hand, increased these talents tremendously, allowing Kaguya to single-handedly quiet a pre-shinobi world consumed in violence. People began to worship her as a goddess because she was so powerful and destructive. Furthermore, Kaguya’s command of the natural world, particularly the multiple dimensions she has created, qualifies her as a God.

The Otsutsuki clan is responsible for the formation of the shinobi world’s Hyuga clan. The family was founded by direct descendants of Kaguya’s son, Hamura Otsutsuki. While Hamura traveled to the moon to protect the Demonic Statue of the Outer Path, his direct bloodline remained on Earth, eventually becoming the Hyuga clan. They inherited the powers of the Byakugan through Hamura Otsutsuki.

The Otsutsuki clan, like the Hyuga clan, was responsible for the formation of the Uchiha and Senju clans. Indra Otsutsuki and Asura Otsutsuki were the offspring of Hagoromo Otsutsuki, widely known as the Sage of Six Paths. He received the Sharingan and inherited Indra’s ocular powers, while Ashura inherited his father’s energy and life force. Indra eventually founded the Uchiha Clan, while Asura founded the Senju Clan.

For the most part, the Otsutsuki clan’s intentions have remained hidden, but a lot of lore about the series has recently been given to fans. The Otsutsuki clan’s purpose has been revealed to be chakra collecting. They take all the chakra from planets by planting Ten-tails seeds, allowing them to grow into a God Tree that finally bears a Chakra Fruit. The Otsutsuki clan members get youth, power, and vitality after eating this fruit.

The members of the Otsutsuki clan have no limit to how powerful they can become. They are a race that evolves endlessly, as stated in recent Boruto chapters, either by absorbing the energy of the humans on the planet or by consuming the genetic material on it. There is no limit to how powerful and evolved they can grow as a result of this. Unlike humans, who have limitations, members of the Otsutsuki clan have none, and their abilities defy logic.

6. Kaguya Otsutsuki Only a few flaws

Most techniques don’t seem to work on the Otsutsuki clan members because they are exceedingly robust. Like many other members of the clan, Kaguya Otsutsuki was thought to be invincible to most techniques. The powers of the Six Paths could only defeat her. The same can be said for Momoshiki Otsutsuki, who Naruto, Sasuke defeated, and Boruto Uzumaki.

Almost every member of the Otsutsuki clan, especially those of pure blood, has space-time ninjutsu, allowing them to travel between realities freely. Kaguya Otsutsuki benefited from the Yomotsu Hirasaka and Amenominaka powers, while others like Kinshiki, Momoshiki, and Isshiki have abilities similar to hers. If a Karma is ever implanted on someone, this power is also given to the vessels.

9. Clan Law is a set of rules that governs how a clan operates.

Although little is known about the Otsutsuki clan’s beliefs, they appear to follow some rules, such as power transfer. Every Otsutsuki guardian eventually becomes food for those they are watching after, according to Momoshiki Otsutsuki. It was demonstrated when Momoshiki consumed one of his brethren, Kinshiki Otsutsuki, earning enormous power in the process without hesitation.

The Otsutsuki clan’s members are normally dispatched in pairs. When Momoshiki Otsutsuki and Kinshiki came on Earth, they were teamed together, while Kaguya Otsutsuki had her companion in Isshiki Otsutsuki. Urashiki, interestingly, did not have a companion, and if he did, he has yet to appear in the series.

11. Transformation of a Tailed Beast

When Kaguya Otsutsuki realized that her sons Hagoromo and Hamura had inherited chakra from her, she combined with the God Tree to create the tremendously strong Ten-Tails and reclaim all chakra for herself; a feat she failed to accomplish.

When Naruto attacked Kaguya with the Sage Art Super Tailed Beast Rasenshuriken during their last battle, which was one of the best episodes of Naruto Shippuden, she unintentionally shape-shifted into a Ten Tails version that looked like a giant rabbit. It occurred as a result of Kaguya’s chakra reacting with Naruto’s Rasenshuriken. It can happen unintentionally.