Home ANIME Kaido: 10 Things Everyone Should Know About Yonko Kaido One Piece 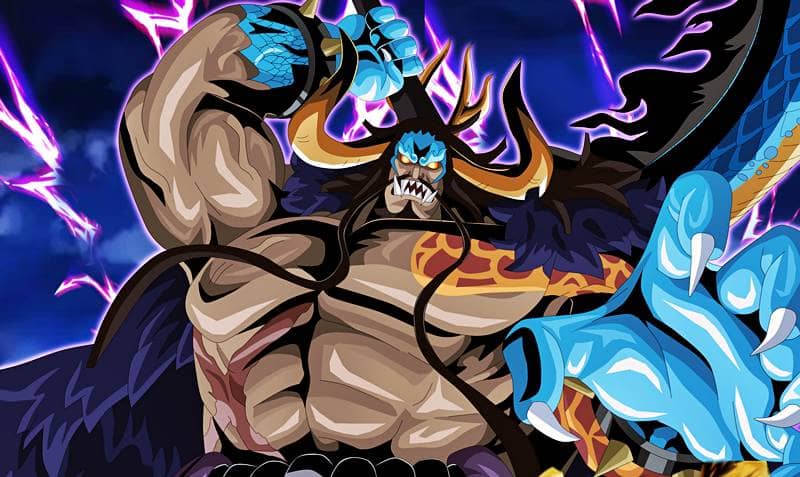 About Yonko Kaido One Piece

Kaido is one of the Four Emperors of the Sea, better known as “Kaido of the Hundred Beasts.”

He’s also the man who is currently known as the world’s strongest monster, implying that he has immense power. Kaido now dominates the New World’s Land of Wano, with his Animal Kingdom Pirates stationed there as well.

Even though Kaido is a well-known pirate, little is known about him, and as I progress through Wano, I learn more about the terrifying Kaido. Here are ten facts about him in this blog

Yonko Kaido is said to be invincible, with Oden’s Ame no Habakiri and Enma being the only wounds he has ever sustained. He looked to be uninjured, even after falling from 10,000 metres. He faced a barrage of Gear Third and Gear Fourth attacks and scarcely flinched during his combat with Luffy. It’s unclear whether his toughness stems from his Devil Fruit or some superior Ryuo technique. It could also be a physical ability, similar to Big Mom’s impenetrable skin.

2) The Bounty of Kaido

Kaido’s bounty would be enormous as one of the Four Emperors of the Sea. Luffy has managed to acquire a bounty of 1.5 billion berries despite only living on the seas for less than three years. Although Oda has yet to divulge Kaido’s bounty progression, we do know that he had a hefty bounty of 4,611,100,000 berries. Surprisingly, this is currently the greatest active reward in the One Piece universe. Only two pirates, Whitebeard and Gol D. Roger, according to Brannew and Sengoku, have ever eclipsed Kaido’s bounty.

Kaido can control the weather to some extent, as he demonstrated when he first appeared in his dragon form at Kuri. Although the exact method is unknown, it is most likely tied to his Mythical Zoan abilities. Nami, one of the best navigators, saw that Kaido’s appearance caused an unexpected change in weather. Big Mom, another Yonko, can control the weather, just like Kaido. Big Mom uses Zeus and Prometheus to change the weather, while Kaido uses unknown methods.

Kaido is a notoriously powerful pirate, as everyone is aware. Despite being one of the world’s most powerful people, he is believed to have been beaten seven times in a battle. He’s also been kidnappe 18 times by his foes, including competitor Yonko and the Marines. Furthermore, he has been torture numerous times, and his foes have attempte to execute him 40 times, all of which have fail. The cause for this is unknown once again, but we hope Oda will unveil the truth behind this mystery soon.

Eiichiro Oda is note for giving each of his characters a distinct chuckle that his followers appreciate. Monkey D. Luffy’s “Shishishi” and Whitebeard’s “Gurararara,” among many others in One Piece, are two of the most popular. Kaido, too, has his distinct laugh. he is frequently seen laughing while wearing a “Worororo.” He’s one of the rare characters who have two unique chuckles. Kaido may be seen giggling with a “Fuhi”

Kaido appears to be impervious to physical harm in some way. He’s attempt suicide so many times that it’s turn into a cherishe pastime for him. One Piece Chapter 795, where Kaido makes his full appearance in the storey, was the most recent of these attempts. Kaido wants to unleash the largest battle in the world of One Piece to find a challenge and spice things up. Kaido appears to have agreed with Charlotte Linlin, the captain of the Big Mom Pirates, to achieve this purpose.

Unlike certain pirates in the One Piece universe, Kaido has no morals and is willing to use any way to attain his goals, no matter how filthy. When he tried to stop Whitebeard on his way to save Ace, it was clear that he didn’t know what he was doing. he almost died in an exceedingly difficult battle against Kozuki Oden in Wano Country, but Kurozumi Higurashi’s ploy saved him. Kaido then used a sneak strike to defeat Oden, demonstrating once again that he is willing to go to any extent to achieve his objectives.

9) Link with the Rocks

Kaido was a member of the Rocks Pirates. Almost 40 years before the current storyline of One Piece, the crew claims to have ruled the oceans alone. Their Captain, Rocks D. Xebec, was allegedly kill by Garp and Roger, and they were annihilate. he was a member of this gang, but he was only an apprentice at the time, therefore he was barely powerful enough to battle against the notable figures of the period. To put things in context, Shanks and Buggy were both trainees aboard Roger’s ship and could barely defeat powerful opponents.

Monkey D. Garp first mentioned Kaido to us when he told Luffy about the Yonko at Water 7. Back then, though, little was known about Kaido and Big Mom. After the time jump, Kaido made his formal appearance in the storey, following the events of the Dressrosa arc. Kaido made his debut appearance in the manga in Chapter 795, titled Suicide. He first appeared in the anime in Episode 739. he made his initial appearance at Kid’s base in both the anime and manga after jumping from a sky island and waking up without sustaining any injuries.