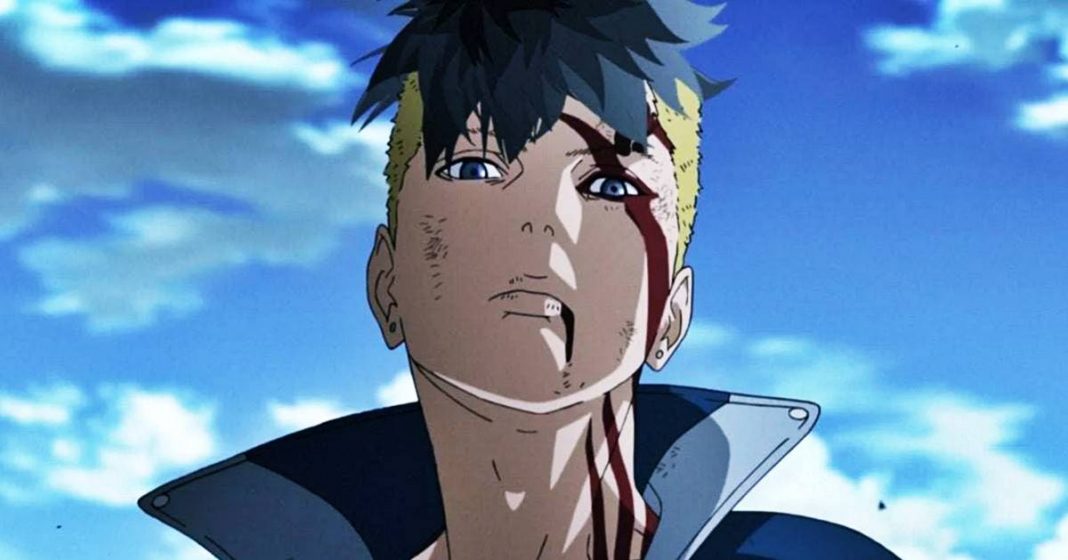 10 facts about Kawaki in Naruto

about Kawaki: In this blog, we are going to see about 10 interesting facts about Kawaki. Kawaki is the main character in ‘Boruto Naruto Next Generations’.

1.) Introduction to the audience

The audience is introduced to Kawaki as a vessel in which an organization named Kara was after. The purpose of Kawaki was unknown. But later we get to know from the anime that Isshiki Otsutsuki’s host is Kawaki. The body of Jigen is impeded in Isshiki. The audience already knows from the prologue of Boruto Kawaki will change to a complete vessel of Isshiki Otsutsuki. He will get enormous power from the vessel. With that, he will kill Konohagakure.

Kawaki’s childhood was a painful one. He had led a very miserable life. He got beatings from his father every day. Then he was grown up under Jigen. But his only aim is to change the Karma to him. But anyhow he managed to escape from Jigen and then was under Naruto. Here anyway he got a peaceful life. Naruto treated him as his son. Kawaki loved and placed Naruto as his father. But Jigen again makes Kawaki into sleepless nights wanting him to come back to his place.

For Kara leader, for a father-son bond had to be strong Karma should be received from father as a gift. This happens to Kawaki and he got Karma from Jigen. But that was not enough for Jigen. Kawaki’s body had changed to a scientific tool. The technology was used by Amado. It was so powerful that he didn’t know how to take it off. This was said by Katasuke. Also, Kawaki has some extra powers. He has the same powers as Kekkei Genkai.

4.) Disorders of life about Kawaki

Kawaki’s overall life is a very tragic one. From the beginning of life to his ending it is like that. In Childhood, he have to bear the beatings of his father and after that, he had to forcibly accept Karma. So a person with so many sufferings will face a lot of tension and it leads to post-traumatic stress disorder in him. The audience got to know about this when watched the dripping plant roots made him afraid and that took him to his old miserable life. But anyhow Naruto acted as a peacemaker in his life and he loved him so much.

Hard training can make anyone powerful and this too happened in Kawaki’s life. The training was under Jigen. At first,t only after the training he was able to defeat Garo. He was a Kara outer member. His next victim was Konohamaru Sarutobi. He was a jonin. Even though he lived under Naruto, he didn’t get any training from him. This was because in childhood only Kawaki was very strong than Jonin. And that leads Kawaki to defeat Konohagakure. His strength was so more than we assume.

Kawaki is meant to use the power of Karma. This we can see in Boruto manga. The Karma led him to pass to Otsutsuki’s power. Jigen once told that Otsutsuki he can also become like him. No one knows what he means by this. Anyway, Kawaki is being added to the clan members. This same applies to Boruto Uzumaki. Because both share the same potential.

There are two phases in Kawaki’s Karma. In the first phase, it he can change the Karma marks on his body. And then activate those powers. And another phase is that Kawaki has a horn and the karma marks will be seen on his face. The audience hasn’t still witnessed the second phase. This is because he won’t have any authority over that power.

he can also use space-time ninjutsu. But now he can’t use it. He has to mix this up with Karma of Boruto’s. But Jigen can use it without any absurdities. Let see whether he can use his whole power in the coming days.

Like, all the Kara members have a Roman numeral in their bodies. For Kawaki it is roman numeral IX. It is under his left eye. We the audience didn’t have any clue on what those numbers signify. But here it is a surprise that Kawaki is not a Kara member.

The Boruto databook is filled with records of Naruto and Boruto. But he is also on the list. He has a record of 80 in strength. His intelligence level is at 130 even though the chakra is at 30. Apart from these, he has 66 in awareness and 66 in skill. Negotiations stand at the top having 70. Any way Kawaki is a very skilled person.