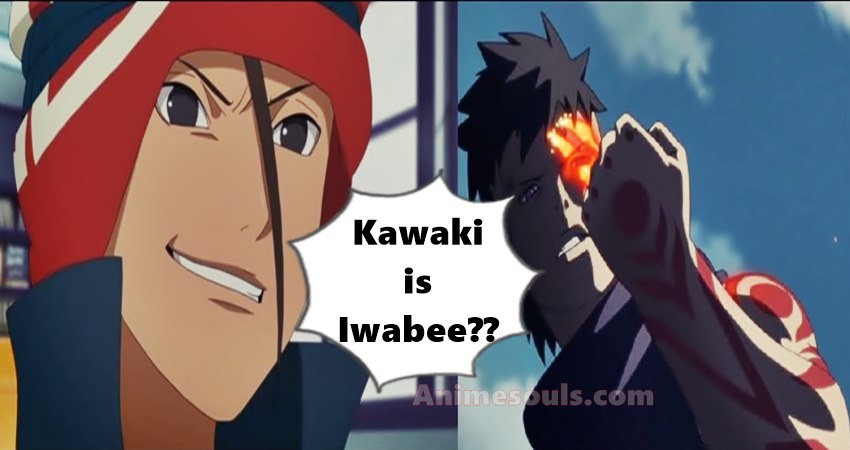 Kawaki And Iwabee Both use a bo and staff, apart from having the same hairstyle (important to notice that we haven’t seen Iwabee’s hair on the side of his head, meaning it could be blonde, we just dont know) and the fact that Iwabee’s belief that the shinobi era was better is completely opposite to Kawaki’s hatred toward the shinobi era could show a complete 180 turn of ideal’s. And he wouldn’t be the first to have one (practically all of Sasuke’s arc was doing complete 180s of motivation). Maybe something happened that lead both him and Boruto Uzumaki to join (or create) a splinter group, and Boruto had a revelation and faced him in battle.