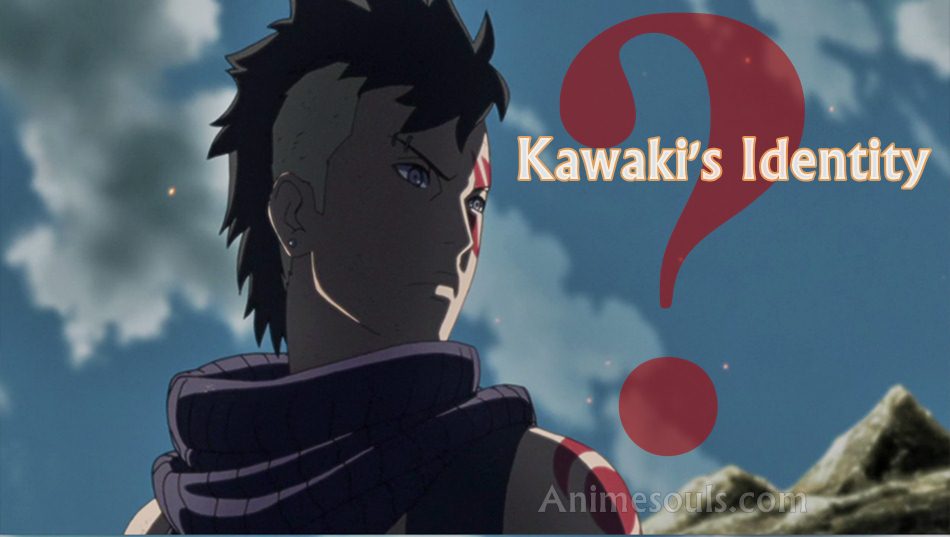 So as it’s always going around, people are constantly questioning Kawaki’s true identity in the Boruto Naruto Next Generations. Now many keep pointing at him being the third Otsutsuki, or him being a failed clone of Naruto Uzumaki/Sasuke Uchiha. Meanwhile with what we’ve seen from the first few episodes of Boruto Naruto Next Generations, there seems to be a shadowy spirit, (perhaps made of chakra as speculated by Boruto Uzumaki after asking Hinata about the Byakugan) who possess’ those who are at bad terms with themselves or decisions they’ve made. It started with Denki, and it possessing him into potentially killing those who bullied him for a time. And we caught a glimpse of some sort of meter of sorts after this spirit possessed Denki. It doesn’t appear later, when this spirit possess’ Metal Lee. Whose purpose of being at bad terms was that he was pretty upset after what Shikidai made him realize about himself. So this made Metal Lee want to fight, and potentially kill Shikidai. Metal Goes Wild So overall, this spirit seems to be causing havoc in this seemingly peaceful era. So my conclusion is that this Spirit, is Kawaki. And the man Boruto names Kawaki in the future, seems to be a possessed Iwabee Yuino (Whose appearance in physical form and weapon choice reflects Iwabee’s very strongly). Obviously things like Iwabee’s hair hasn’t been seen, and so under his red cap, could be that Blond and Black hair we see on future Kawaki.And if you think it wouldn’t make sense for him to possess Iwabee, because it seems Boruto Uzumaki made Iwabee come to terms with himself, Iwabee did have thoughts on the warring era being a superior era, and that him being held back in school despite having Ninjutsu and Taijutsu scores nearing the top of any academy student, just because of his failure to study. So it wouldn’t be too odd for him to resort to wanting change in his own, rebellious fashion in the future. And back to the Possession meter, it seems Kawaki isn’t done possessing after Metal Lee, as another theory I have is that once it has become full, he will manifest a much stronger power. God like power. Possibly being an Otsutsuki, it wouldn’t be too out of the question for him to gain the same mark Boruto gets from Momoshiki Otsutsuki. And thus concludes my Theory on Kawaki being the Spirit, tell me what you think about all this. And maybe if you have any ideas to support this theory, do share, thank you.