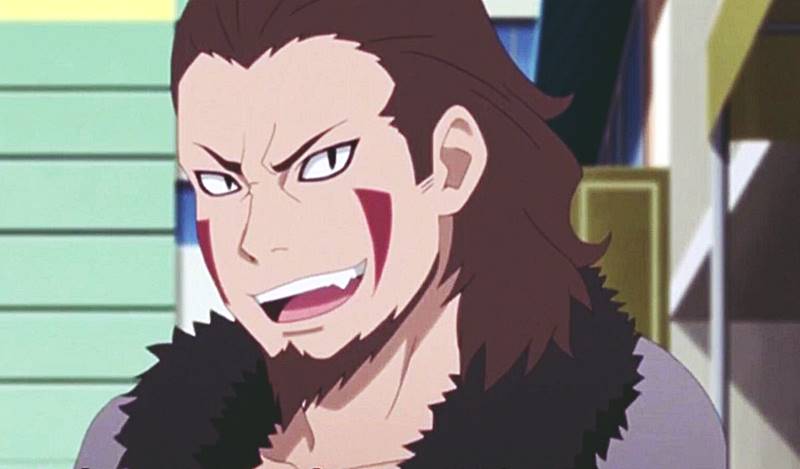 Kiba: One of the fan-favorite characters in Naruto was the dog-loving Kiba, a member of the Konoha 11. Kiba, along with his best friend Akamaru, won fans’ hearts with his exuberant demeanor and ferocity in battle. He was a powerful ninja with a powerful character, but he could never defeat Naruto. This Inuzuka duo remained high on the nepotism tier lists despite receiving little screen time.

Kiba, on the other hand, appears even less generally in Boruto. He, like many previous generation ninjas, has moved on with his life. He’s a very busy man among his girlfriend, his dogs, and his police work. In this blog, we will read about Kiba Inuzuka.

Throughout Naruto, fans discover that Kiba’s family is closely linked to ninken, or ninja dogsFans are most familiar with Akamaru and Kiba, but his mother and sister are also accompanied by powerful canines. The Inuzuka clan is unique and powerful when combined with their partners.

Boruto isn’t any different. Though he isn’t the same shinobi he once was, he still protects Konoha and is very fond of dogs. So much so that he’s become a top ninken breeder, renowned for his well-trained canines throughout the land. Kiba’s dog-loving adventures do not appear to have ended with Akamaru.

2. KIBA IS A LOCAL TELEVISION STAR

Kiba has become a local celebrity as a result of his work as a local cop and his status as a top breeder. Several dog brands pay him to appear in their commercials. As a result, when the Boruto ninja turns on the TV, it’s not surprising if Kiba appears on the screen.

Kiba, along with Naruto, was easily one of the goofiest of the Konoha 11. His side gig as a TV spokesperson fits in perfectly with his hammy personality.

Naruto’s ending did a good job of pairing off almost all of the main characters. Shikamaru had Hinata, Sasuke had Sakura, and Naruto had Hinata. However, one fan-favorite was still without a partner. Tamaki appears as a crazy cat girl who adores cats as much as Kiba adores dogs.

From the moment they met, they had great chemistry. Others may find their attachment to pets strange, but they both find it endearing. Tamaki and Kiba have taken the next step by moving in together in Konoha by the time Boruto arrives. Despite the fact that the couple does not have children, their numerous animals more than makeup for it.

Given Kiba’s status as a top dog breeder, it’s safe to assume he has a large number of canines under his care. Fans, however, do not meet any of them until Boruto episode 93. Naruto, Himawari, and Kiba are all looking for limited edition Kuramaplushies in this adventure. Naruto desires one for his daughter, while Kiba desires one for Tamaki. The trio sets out on the hunt with the assistance of Akamaru and Akamaru.

5. KIBA WAS BORN ON THE SAME DAY AS AKAMARU

Akamaru and Kiba share a birthday, which is one of the lesser-known fun facts about the two shows. As a result, the couple always celebrates the day together. Though it isn’t a big deal in the anime, it only strengthens their bond. They are best friends no matter how old they get or how their lives change.

Boruto describes Akamaru as a slow old man dog, while Kiba is a cop/breeder/TV celebrity. Much has changed. Despite this, they are never seen apart, as they always are. They’ll continue to celebrate birthdays together as long as they can.

6. SINCE NARUTO, HIS FAMILY HAS NOT BEEN SEEN

Naruto’s roster of ninja grew as the series progressed. This included a large number of parents and family members of well-known fan favorites. Of course, Kiba is included. Throughout the series, viewers meet not only his mother and sister but also their canine companions. Kuromaru and the Haimaru Brothers were just as important as their ninja partners to the Inuzuka clan.

However, none of these characters have been seen since the end of Naruto. Kiba’s mother disappeared before the Fourth Shinobi War, and his sister, Hana, has never been seen since.

Tamaki was a young girl able to work in an abandoned village with her grandmother when fans first met her. They lived alone with their many cats, despite the occasional visitor. Although Sasuke and his team were cold, Tamaki remained friendly and helpful. Years later, Kiba, Akamaru, and Shino come across her while searching for The Beekeeper. Kiba is immediately smitten by her good looks and compassion for animals.

After a few stumbles and conversations, the pair have become a couple. It was a perfect match for two people who prefer animals to people. Now, in Boruto, their home is teeming with animals that the couple adores.

8. ALL OF HIS FAMILY MEMBERS HAVE NINKEN

Kiba, as an Inuzuka clan member, was destined to have Akamaru. These ninjas form a bond with a ninken (or multiples) who assists them in battle. That’s how ninjas do things.

When it comes to Boruto, this fact becomes even more intriguing due to Kiba’s new profession. While he is a top dog breeder, he most likely specializes in ninken. That means he’s now likely supplying his clan with canines bred for companionship. Kiba may be bonding with his cousins or any children his sister may have had, although he has no children of his own

9. HE IS A PROUD MILITARY POLICE FORCE MEMBER

The Shinobi forces have dwindled as Konoha has returned to relative peace. Only the most elite and experienced members are allowed to continue on missions. However, other strong members who are still committed to protecting others have formed the Konoha Military Police Force. Here, powerful ninja assists in patrolling Konoha to keep restless community members from committing the crime. While the outside world may be settled, Konoha should not be without integrated protection.

10. TAMAKI AND KIBA HAVE JEALOUS PETS

Though Tamaki and Kiba appear to be a perfect match, their pets were not initially convinced. When they first met, Akamaru tried to prevent them from flirting or spending time together. Tamaki’s cats, while not as proactive, cast judging, jealous glances at Kiba all the time. Their pets did not want to be distracted from their owners’ attention. After all, it had been so long that it was just them.

Over time, however, Akamaru, the cats, and all of their other animals appear to be at ease with the pairing.