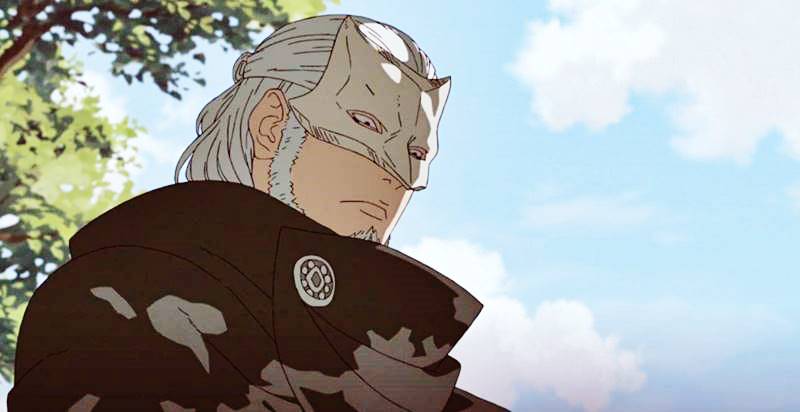 Unlike other members of Kara, Kashin Koji was created artificially. He was created by Amado. Amado used the DNA of a very powerful character and created Kashin Koji. Because of the DNA that Koji has, he can adapt to the toughest conditions easily. Kashin Koji has great strength in that he can fight the strongest of characters.

Kashin is a clone of Jiraiya

As I told you earlier that Kashin was create by Amado. Amado used the DNA of Jiraiya to create Kashin. Although Kashin’s past was not much explored in the anime his fight with Jigen reveals many things. Kashin Koji was actually the clone of Jiraiya and was create using his DNA. This also tells how the Jutsu of Kashin is very similar to that of Jiraiya.

Kashin is stronger than Jiraiya

Amado made some modifications to Kashin’s body while creating him from Jiraiya’s DNA. The modifications made his body grew stronger. Kashin Koji is better than Jiraiya in every aspect. Despite being a clone of Jiraiya he is more powerful than Jiraiya. This was prove in his fight with Jigen. In the fight, he was able to overwhelm him. To some extent, he was also able to fight with Isshiki Otsutsuki.

He is a Mount Myoboku Senjutsu User just like Jiraiya and Naruto.

Kashin Koji is a very strong character. His power increases to a great extent when he enters the Senjutsu mode of Mount Myoboku. Koji used the ability of Senjutsu against Isshiki. The use of Senjutsu allows Kashin to fight against Isshiki before finally being beaten.

Kashin Koji was able to mix his natural Chakra with his Sage Mode.

Koji is a clone of Jiraiya. Despite being a clone he is much stronger than Jiraiya. Both Jiraiya and Koji can use Senjutsu. The only difference between Jiraiya and Koji’s sage mode is that Jiraiya’s Sage Mode is imperfect while the Sage Mode of Koji is perfect. Koji’s Sage mode is perfect and completely balanced and he is able to combine his natural Chakra with his Sage Mode.

Koji’s natural types are Earth and Fire release but he can use others as well.

Koji can use a more powerful form of Fire release Ninjutsu.

He can use space-time Ninjutsu

Kashin can use space-time Ninjutsu and has the ability to enter and leave the dimension of the Ten-Tails without any problem.

Koji made his debut at different times in manga and anime: