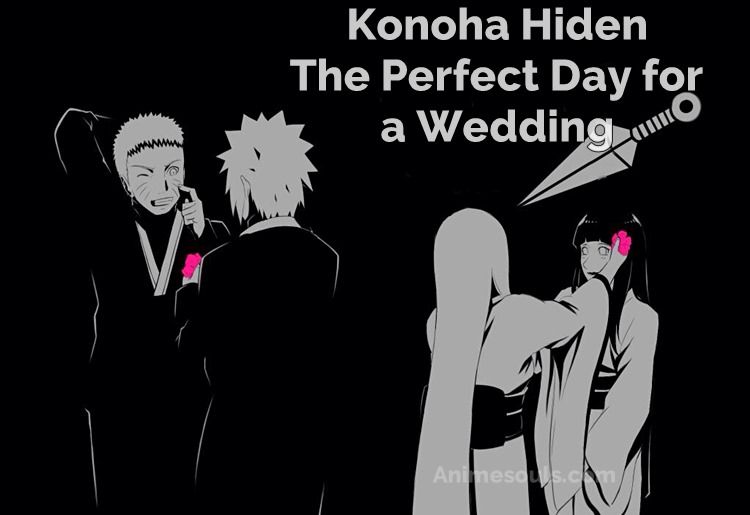 On the day of the wedding, guest’s start arriving at the ceremony to beheld under the Hokage Rock. Kakashi Hatake greets foreign dignitaries like the 5th Kazekage and Killer B, Yamato, having previously promised Kakashi Hatake that he’d help with the preparations, ends up doing most of the actual work, which Tsunade occasionally offers advice on. 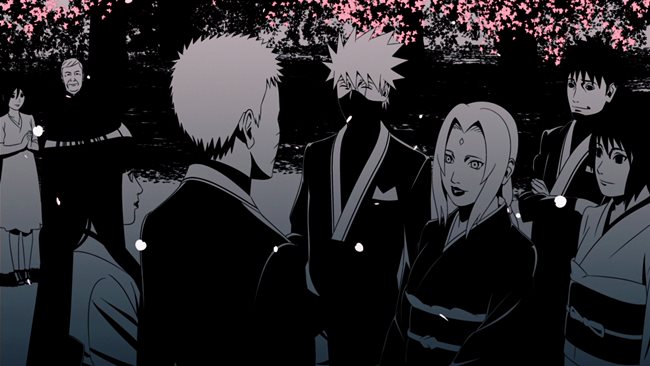 Tenten instructs Rock Lee and Might Guy about how they should behave at weddings, Temari and Shikamaru happily discuss work, Choji plans out how he’ll consume all the food, Sai and Ino hold hands, Kiba questions Kurenai Yuhi about the Senju clan so that he can later appear knowledgeable regarding honey wine, Mirai rides Akamaru while Shino watches, Teuchi uses his daughter to attract business for Ichiraku Ramen, Iruka becomes very emotional as soon as he arrives, Sakura, though alone, happily thinks about Sasuke travelling somewhere. 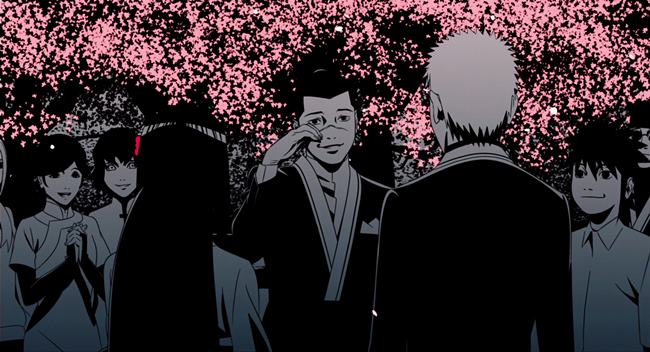