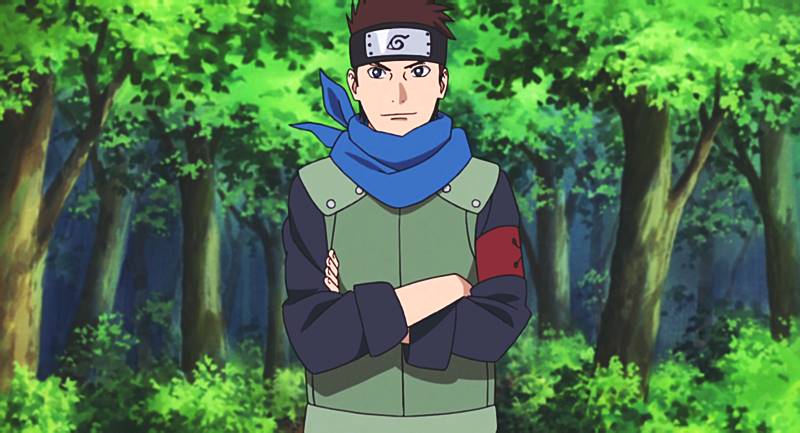 Konohamaru: For the past two decades, Naruto has prospered and evolved as a franchise. The series has given us a variety of memorable characters that we can identify with, becoming one of the most popular animes of today. Boruto: The Next Generation, the most recent installment in the saga, continues to provide us with more insight into these characters.

The Naruto franchise was a life experience in and of itself, from where they began to where they are now. Konohamaru was one of these characters. Throughout the franchise’s course, we’ve witnessed a character grow up right in front of our eyes. We’ve witnessed him go through ups and downs when he was a child to a respectable Join.

Here are ten facts you should comprehend about Konohamaru Sarutobi:

1. Boruto refers to Konohamaru as his “big brother.”

Boruto Uzumaki, Naruto’s son, approaches Konohamaru as the older brother (Ni-san in Japanese). Even though Konohamaru discourages him from calling him big brother, he subsequently tells Hanabi that he loves it. He loves being Boruto’s sensei, as his father Naruto was both Konohamaru’s idol and rival at the same time.

In the original anime, Naruto meets Konohamaru. Naruto was the first to treat Konohamaru as a regular kid learning to be a shinobi. Naruto didn’t understand Konohamaru was connected to the Hokage during their first encounter. Therefore the name “honorable grandson” didn’t even come up.

That was enough to pique Konohamaru’s interest. When Konohamaru realized that Naruto desired to be the Hokage, he determined to keep a watch on his new competitor, even though he had spent much of his formative years learning from Naruto.

3. How he came to be Chunin

Naruto traveled with Jiraiya between Naruto and Naruto: Shippuden, as you may recall. Between that time and now, every one of the other Ninjas, from Sakura to Choji, took the Chunin exam. Konohamaru disguised himself as Naruto for his friend not to miss out on the opportunity because he was out of town. Shikamaru, on the other hand, prevented him from doing so.

“Chain Exam on Fire!” is the title of an OVA. “Naruto vs. Konohamaru!” we exclaimed as we watched about between Naruto and Konohamaru. Naruto didn’t hold back in showing his admiration for his opponent Naruto, being the knucklehead that he is, ignored the competition rules and employed sage jutsu instead. Uzumaki Naruto was banned from the chunin exam since sage Jutsu was prohibited, and Konohamaru defeated Naruto.

Fans didn’t see many career options for young shinobi in the franchise’s early days Some people may be curious as to what a retired shinobi would prefer to accomplish Konohamaru may have a backup plan if he ever decides to give up the life (which is improbable given that he is a former Anbu member on his way to becoming Hokage).

“There is no shortcut to becoming Hokage,” Konohamaru’s favorite slogan was. Since he was a child, he had planned to become the Hokage; he met Naruto, who shared his ambition. Seeing Naruto work hard to achieve his goal made him realize that he will never become Hokage if not.

7. What Has Happened to His Partners?

Since the beginning of the series, we’ve seen Konohmaru accompanied by his companions Udon Ise and Moegi Kazamatsuri. The three were frequently teamed together and later became known as Team Ebisu. As a result, they are reuniting with Konohamaru to train the next generation of ninjas.

Naruto’s son Boruto Uzumaki, Sasuke, Sakura’s daughter Sarada Uchiha, and Mitsuki, Orochimaru’s son, are all part of Konohamaru’s new Team 7. On the other side, Udon Ise is a Jonin who is currently teaching the new Team 5, including Rock Lee’s son Metal Lee, Denki, and Iwabee. Moegi Kazamatsuri is the new leader of the Ino-Shika-Cho trio.

8. What Blood Type Does He Have?

Boruto’s Konohamaru and Mirai Sarutobi are considered blood kinds, and their relationship to personality has become somewhat of a pop culture phenomenon Even though it has previously been related to racist research, pop culture enthusiasts investigate it the same way astrology buffs do to get insight into personalities. Blood types of manga, anime, and J-pop stars are frequently noted in entertainment profiles. Konohamaru is classified as Type B in the Naruto extra materials. People are enthusiastic, friendly, and optimistic.

9. His Name Is Identical To Someone Else’s

Masashi Kishimoto, the creator of the Naruto franchise, has always named characters after legends or characteristics. With Konohamaru’s name, the situation was different. His grandpa, The Third Hokage Sarutobi Hiruzen, gave him the name Konohamaru. The Third Hokage viewed his village as the favorite and wanted his grandson’s name to reflect that love Thus, Konohamaru was called after the town of Konohagakure.

10. Nakara Path of Pain was defeated by Konohamaru.

Pain fighter Konohamaru Sarutobi came across one of the six pains during the pain invasion arc. Ebisu sensei refused to flee after baiting himself to allow Konohamaru to flee Instead, he confronted one of the terrible pains. Rasengan, an S-rank jutsu, was adopte by the Third Hokage’s grandson to fight the pain.

Did Konohamaru Win Against Temari?

In Naruto Shippuden, Konohamaru challenges Temari. Konohamaru was only 12 years old when the Fourth Shinobi World War loomed over Konohagakure. He was still up for a battle. The Hokage forbade his generation from fighting on the front lines, but he was determine to show himself He took the terrible decision to prove himself by continuously challenging Temari to a battle.

Temari was able to stop him because of her experience, but he intended to use his freshly taught Rasengan against her when he felt desperate The intervention of his friends Moegi and Udon, who persuaded Shikamaru to intervene, brought him to a halt and helped him recognize he was in danger.