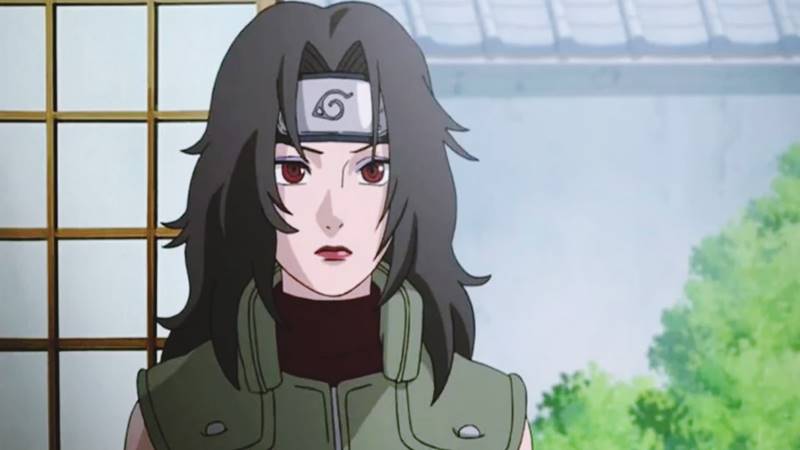 Kurenai: Naruto spends a lot of time on shinobi pupils but not nearly as much time on the professors who mold them. Kurenai Yuhi is an intriguing character, although she doesn’t get a lot of attention in the manga. Kurenai’s past was filled in with a hidden student and some new battle sequences in the anime, but there is still a lot of fans who don’t know about her. Kurenai was a strict but fair sensei who trusted her students to train together even when she wasn’t present. She was well known for teaching Hinata Hyuga and directing Team Eight.

Kurenai’s feelings for Asuma Sarutobi grew stronger over time, and the two became one of the best couples in the series, despite fans lamenting Asuma’s death for depriving them of additional opportunities to communicate. Kurenai was an experienced shinobi who helped create even more formidable shinobi in the next generation, yet some fans only remember her as Asuma’s love interest. Check out the 10 most unique and fun facts about Naruto’s character, Kurenai Yuhi in this article.

The manga doesn’t show how Kurenai and Asuma met, but the anime does, owing to filler episodes that flesh out the backstories of a number of supporting characters. Kurenai and Asuma met on their first day of training at the Shinobi Academy, where they were both aspiring to be professional ninjas. The two graduated when they were nine years old and were assigned to a three-man squad to compete in the Chain Exams. Their childhood friendship ultimately turned into romance, but it’s unclear when that happened.

2. Kurenai has a born talent of genjutsu

Kurenai was order by the Third Hokage to help train Yakumo Kurama, another exceptional genjutsu user who aspired to be a ninja, due to Kurenai’s innate skill for genjutsu. She had to seal away Yakumo’s ninja talents, preventing her from ever becoming a shinobi, because she couldn’t manage her illusions and so harmed others around her. Kurenai, Might Guy, and Asuma spoke with the Third Hokage about twelve years after the Nine-Tailed Demon Fox Attack, seeing her classmate descend deeper into self-pity after losing Obito Uchiha and Rin Nohara. They expressed their disdain for Kakashi remaining in Anbu with such hatred.

3. Kurenai is quite Brave and kind

Kurenai is a courageous and caring woman. She cares for her students and is invest in their development, particularly in the case of Hinata Hyuga, because she is well aware of her father’s opinion of her. When Hinata offered Naruto medicine after his fight with Kiba, Kurenai persuaded Naruto Uzumaki to take it because she was aware of her student’s crush on him. Her personality is unrelenting, straightforward, and straightforward. She’s also referre to as a “big sister type.

4. Kurenai was very close to Asuma

Kurenai’s love relationship with fellow jonin Asuma has been frequently implie throughout the series. The two appeared together in the majority of their sequences, and the other characters made several references to this fact. When Kakashi Hatake saw the two together at a dumpling store, he inquired if they were on a date, prompting Kurenai to blush and explain that she was merely doing a task.

5. Kurenai made many appearances in Naruto

When it comes to the Naruto movies, the older generation isn’t given much attention. As a result, they’re rarely seen unless they’re in charge of Naruto’s team. Kurenai is never the captain of his squad in the films, though she does make a few guest appearances.

She is, however, just seen sprinting through the streets with her crew in Naruto Shippuden: The Movie. Her cameo is in a flashback of the title character in Naruto The Movie: Blood Prison. Naruto sees her as he recalls all of his village’s residents. Finally, in The Last: Naruto The Movie, she is seen with her young daughter Mirai, seeking shelter from meteors in her third film cameo.

Shinobi in the Naruto universe has a preference for certain skills. Earth, Fire, Lightning, Water, and Wind Release are examples of “natural kinds.” Kurenai is rare in that she does not have one of the five cardinal elements as her nature type. She has Yin Release instead. Yin Release is link to the spirit rather than a specific element. It’s link to abilities that necessitate the use of the intellect in unusual ways. It’s use by the Nara clan to manipulate shadows, and Kurenai uses it to fuel her genjutsu mastery of illusions.

7. She has AB Blood type

Personality kinds are explore in an interesting way in Japanese culture. There’s a popular assumption that a person’s blood type affects their personality. Fans of manga, anime and even J-pop will notice that blood kinds are frequently include in fact files on characters and celebrities. According to the Naruto databooks, Kurenai’s blood type is AB. Type AB, according to Japanese blood type theories, indicates creative but rational individuals. Type AB blood might also make you indecisive and critical. All of this seemed to be fitting for Kurenai. She shares the same personality type as Shikamaru Nara.

8. Yuhi has a unique appearance

Kurenai is a petite, fair-skinned woman with a slim physique. She has long, unruly black hair that reaches her upper back, as well as very unusual red eyes with a ring in them. She wears crimson lipstick and purple eye shadow as her make-up. Her usual attire is a crimson mesh armor blouse with only the right sleeve showing. Overall, this is a fairly broad material that mimics bandages and has a rose thorns-like pattern on it. She has bandages all over her hands and upper thighs, and she wears the Konoha forehead protector and ordinary shinobi sandals.

9. Kurenai has many skills

Kurenai is a highly competent kunoichi as a jonin. Despite the fact that she and Asuma were fresh to the rank at the time, Kakashi trusted them to battle Akatsuki members Itachi Uchiha and Kisame Hoshigaki. Kurenai has demonstrated swift reflexes, defending herself from Itachi’s strike after only recently breaking free from her own reflected genjutsu. She can go through surfaces and perceive others’ chakras in the anime. She may also seal a person’s kekkei Genkai and glimpse their “real nature” by entering their subconsciousness.

Although Western astrology is rarely spoke in Naruto’s world, some fans like speculating on how a character’s star sign can influence their personality. Kurenai is a Gemini and was born on June 11th. Gemini is also known as “the twins” in astrology. People born under this sign are regard to be outgoing and easy to get along with. They’re brilliant and creative, yet they’re also indecisive. Kurenai is proven to have an appreciation for art and skill throughout the series, as well as being nice with all of her fellow sensei, but she is also someone who waits to watch how things play out before making a decision. It sounds like you’re a Gemini.