Home ANIME List Of My Hero Academia Movies and Seasons 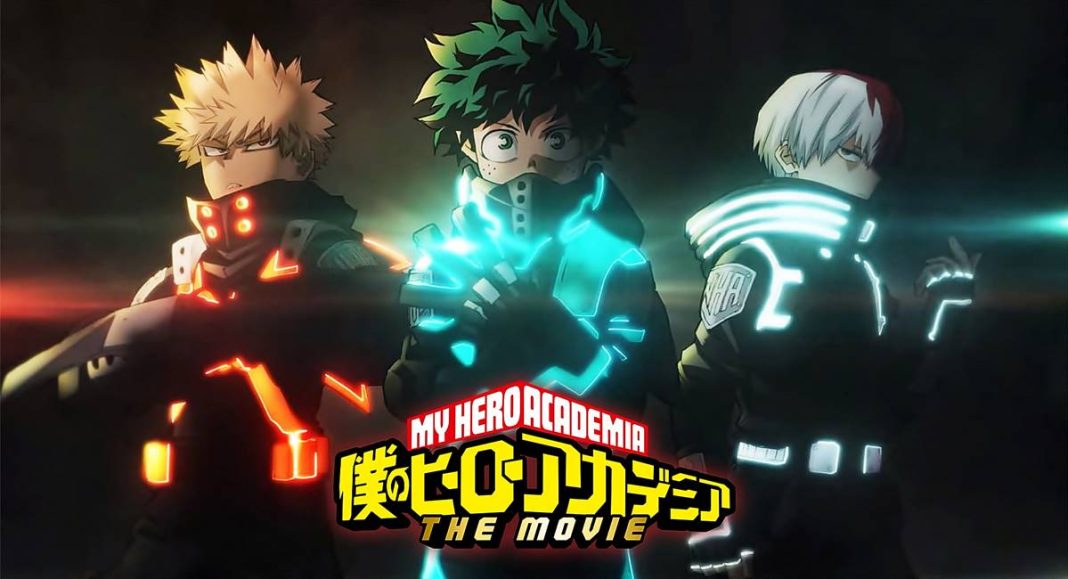 List Of My Hero Academia Movies and Seasons: My Hero Academia is an absolute must-watch for fans of manga or anime. A 2016 release of a series that was also made into a film has seen tremendous success. Izuku Midoriya, a youngster who is born with superpowers and some natural talent, stands out from other boys in his social group because of his unique abilities,

according to the primary story, which was written by the series’ director and illustrator, Kohei Horikoshi. Izuku’s whole story, however, is on him learning to feel comfortable in his own flesh since he aspires to one day be a successful superhero.

The entire series has been condensed into a humorous epilogue that is followed by a full course of action and a succession of jaw-dropping fighting manoeuvres that startle the audience. There is a constant undercurrent of romance throughout the story in addition to all of this. My Hero Academia is the best servings for all Shonen fans out there,

according to enthusiasts, who have come to this conclusion. The animation is incredible, no doubt about it! It’s funny, and each new episode gets funnier as the series progresses. The soundtrack of the show is also a treat for the ears because it increases the series’ overall addictiveness in addition to being catchy and amusing.

Beginning in 2016, four seasons have been made available to date. In addition, there have been two movies, three original video animations (OVA), one original net animation (ONA), and two specials.

A Horikoshi-produced one-shot manga is presented in the film as an adaptation. Both the Junge training arc from the upcoming season 3 and the final exam arc from Season 2 served as the inspiration for the film. The Quirk and the residents of a unique Island, who conduct technological research to develop breakthroughs the heroes require, are the subject of the story.

The second installment of the My Hero Academia series, My Hero Academia: Heroes: Rising, is an animated movie that was released in 2019. The film’s Japanese premiere was on December 20, 2019, and it was initially revealed in the 17th edition of Weekly Shonen Jump for the year 2019. The premiere took place on February 26, 2020, in North America and the UK.

It demonstrates how the terrorists’ release of toxic chemicals caused the city to degenerate, which is now causing the population’s faculties to deteriorate dramatically. Following this occurrence, the greatest heroes of Japan simply dispersed throughout the world

in an effort to find the perpetrator and ensure that justice was served. Even if the plot of this film appears to be fantastic, fans claim that it falls short of the quality of the films that were previously released. However, they did claim that movie was enjoyable, action-packed, and the total package of animation in which the heroes attempt to prevent the end of the world.

The first season of the show is where it all begins. Without a doubt, season 1 is crucial to comprehending the series. You can grasp the entire plot thanks to this season’s 2016 release, and you’ll also feel motivated by the character who cheerfully saves people. The season gives you a chance to get to know Izuku Midoriya,

who is desperately trying to become a hero but discovers that he is one of the very few people of his generation who was not born with a “Quirk.” Will his fate be altered or not is the central question of the entire story. The remaining episodes’ plots become more complex, allowing Izuku to come to terms with his quirk, become a better person, try his hardest to rescue the day,

and become the person he has always hoped and dreamed of becoming. The season 1 OVA, which is 25 minutes long and debuted on November 27th, 2016, is a subseason. Izuku is a trainee in this OVA and is a member of class 1-A. There is a villain on the loose just as the class is making its final try to finish its training, but the crucial issue is whether or not the students are prepared to fight back.

There are 25 episodes in My Hero Academia Season 2, which debuted on August 11th, 2018. This season, which centres on the sports festival, marks the beginning of Izuku’s journey’s second phase. The “Hero Killer” and the “Final exams arc,” two significant competitions that make up the sports festival, are included. My Hero Academia is considered the best contemporary anime film of the 21st century thus far,

according to critics and fans, who have long contended as much. Released on June 2nd, 2017, this is the second OVA. It centers on the practice sessions held at the Yuuei Academy between students from Isami’s high school and Izuku’s class. For die-hard series lovers and admirers, this comes highly recommended.

With both the heroes and the villains present, Season 3 of these shows makes the biggest change of all the seasons thus far in terms of the overall plot. The grudge duel between all might and all for one, which takes place in this season’s over 20 episodes and was released on March 3rd, is the most eagerly awaited scene.

The fourth season, which debuted at the end of 2019 and runs through mid-2020, picks up where season three left off in terms of its storyline. Over 25 episodes are included in the season. In this season, Deku receives assistance from Mirio, which further aids in trying Sir Nighteye’s agency’s recruitment. This season is without a doubt an anime-only exclusive story that wraps up with a short Endeavor arc.

A new film adaptation of Horikoshi’s One-shot, which is set and styled in 2019, was released in the middle of the year. In the manga, the Meta liberation army and Endeavour agency arcs engage in a titanic combat that is depicted in the movie.

We think that beginners to My Hero Academia will find it simpler with the help of the aforementioned Chronological list of the show. It is advised that you watch the series in this sequence because it has a distinct pattern and plot that distinguishes it from many other Manga and Anime.