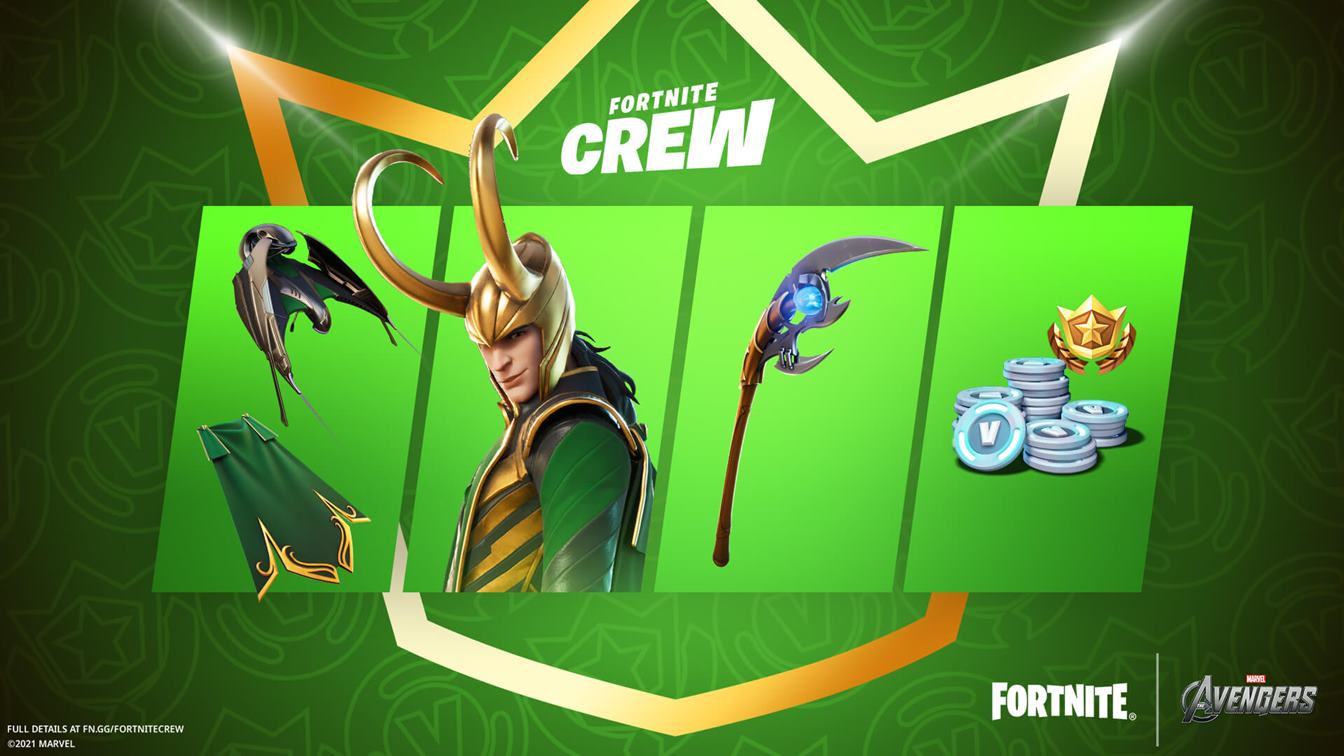 Loki Skin: It is expected to come from this July Crew Pack of Fortnite.

Loki Skin: Loki is bringing its special skin that is shenanigans over the world-famous game

Fortnite. The god of mischief that is to say Loki is now coming over to the

world-famous game Fortnite and will become a part of its Crew. Loki is the

self-proclaimed in his on mind who is also the god of mischief. Now will be

coming with his tricks as well as with his pranks over the Fortnite. Marvel’s

July 2021’s Crew Pack. This pack which going to features some of its iconic

green outfit along with a complete cape and as well as the “back bling”. Also

one more thing as well his Scepter Pickaxe which is his glow stick for destiny.

a loading screen. Loki’s bundle which will be available for the Fortnite Crew

as well as for the Fortnite’s july (monthly) subscription in its offering. This Crew

subscription which going to costs you a whopping amount of $11.99 for a month.

This will include 1,000 free V-bucks also as well as the current season’s battle pass.

time around. Along with whatever the present skin which will be offered is the

respective month. If I even have missed any great point about this topic.