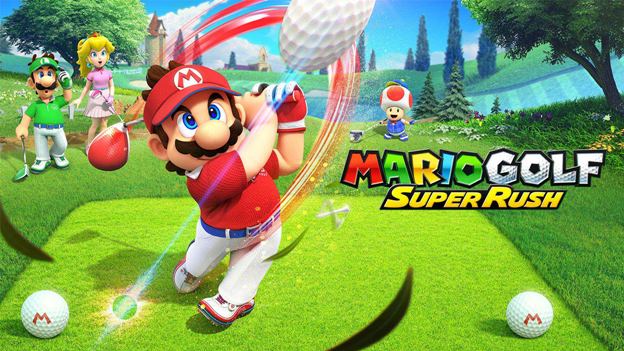 a brand new trailer of this game named Mario Golf: Super Rush During an

event of the Nintendo’s Direct conference in 2021 year’s E3.

This game is going to be launch in later in month of June 2021.

This conference has detailed the different modes for players and they will surly enjoy this game.

or you can also play it against the CPU which will control the opponents.

and with few obstacle-filled area (arena). You have to Capture all the three flags so as to win.

Additionally, there will be some free updates which will be going to added into this game post the launch.

This will also include some new courses and also battle arenas as well some playable characters.

I had personally from a long time been waiting for this game Mario Golf game.

since this switch had launched till now I had still wait.

towards the pro. And you will take on some unique challenges along the journey.

all over the world have been requesting. Mario Golf: Super Rush is expected to look

so as to include everything that we could have wished and hoped for.

calendar for the date June 25 when this game Mario Golf: Super Rush will be launched

over Nintendo Switch. If I even have missed any great point about this topic.