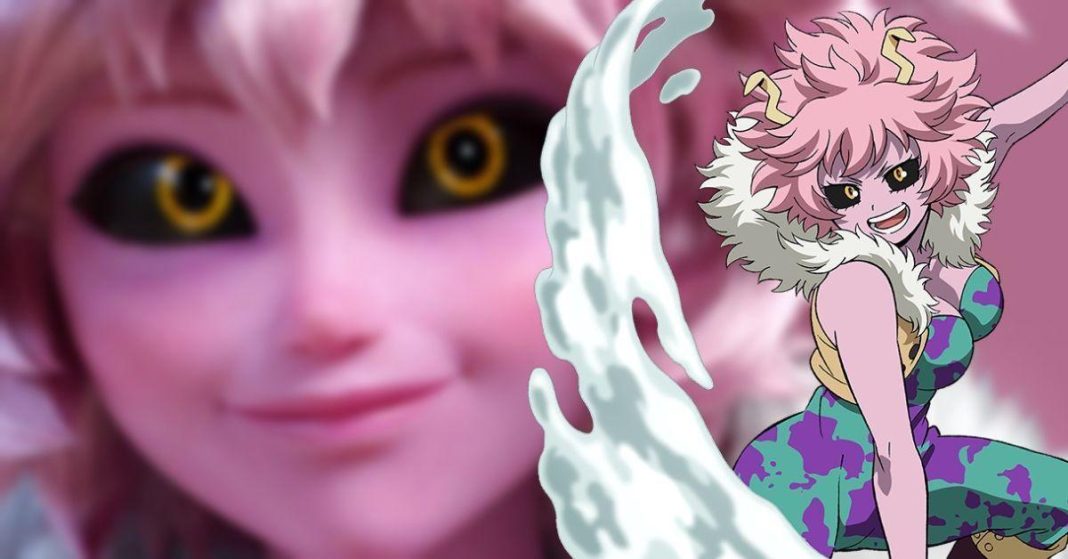 MHA Ashido: There are a lot of characters to memorize and follow in My Hero Academia. Class 1A alone is massive, with a startling number of interesting and complicated characters. As of yet, not all of them have had the opportunity to shine. However, we hope to see more of each and every one of them in the future. And we’re hoping for a more in-depth look at Mina Ashido’s character. She’s quickly become a fan favorite, and rightfully so.

She isn’t as well-known among fans as Ochaco, Momo, or Tsuyu, despite the fact that she is an essentially unique character. With Eri, Mirko, and even Mount Lady’s recent performances, the competition is just becoming tougher. As a result, Mina will get a particular mention on our list, which breaks down some of the oddest things that, for better or worse, help her stand out.

So, today, we’re going to talk about her and all you need to know about her. And believe us when we say there’s a lot to discover about this perky heroine-in-training.

1. She is an Amazing Dancer

This is one of her skills, and it’s one that’s a little more entertaining to watch because it’s not tied to her need to be a hero and prove herself all the time. Mina Ashido is an exceptionally gifted dancer. She is, after all! Mina isn’t hesitant to take the stage when it comes to dancing. And her breakdancing prowess more than justifies all of the attention she receives. Mina is a natural dancer who can rapidly teach anyone, even a complete novice, how to dance. She only requires a short bit of time to get them dancing with the rest of the group.

2. Mina has a quirk personality

Mina is a medium-height girl with “good thighs,” according to her profile, which may be a little wider than some of her female classmates. Her complexion is a light pink color, and she has slightly square-shaped eyes with black sclera and yellow irises, as well as noticeable lengthy eyelashes below and around the edges of her eyes due to her Quirk. “She’s got a terrific athletic body,” Minoru Mineta says.

3. Her Hairstyle is quite wild

Her face is framed with short, fluffy, wild pink hair that is somewhat darker than her skin tone. She has two thin, pale yellow horns protruding from her head, hooked squarely and diagonally to opposite sides, and they appear to be slightly flexible, able to be bent.

5. Mina is not the Sharpest tool (MHA Ashido)

Mina isn’t the sharpest tool in the shed, you have to admit. She appears to put up an effort on occasion. However, she has a lot of difficulty in her academics. She was one of the rare pupils who required to take summer classes on a provisional basis. And it’s all down to the fact that she failed her finals on the written exam, at any rate. Mina might be able to do better in class if she wasn’t so distractible. However, it appears that school is simply not her strong suit.

6. She got full marks for her technique

Almost every named character (or rather, hero) in My Hero Academia has an official ranking in the Ultra Archive Book, an official guide established by MHA’s creator. As a result, we now have access to Mina’s official statistics. Mina gets a five out of five for technique, which refers to her ability to employ her quirk. In the meantime, she receives a four out of five for cooperativeness and speed. Her strength is only a three out of ten (out of five). Finally, she has poor intelligence compared to the rest of the group. That’s only a one-star rating out of five. Ouch.

Her biggest quirk requires specific footwear, which allows her to keep the quirk going while preventing the boots from being damaged. This is more of a functional design than anything else because training to be a hero forces one to consider what type of attire will suffice.

Mina has put in a lot of time and effort with her quirk, and as a consequence, she’s already developed four separate super techniques that she may employ at any time. Acid Veil (an acid wall that acts as a shield for Mina), Acid Shot (in which Mina creates the equivalent of acid bullets to throw at her enemies), Acid Layback (in which she secretes acid from her feet to create a slippery and more maneuverable surface), and Grape-Pinky Combo Mineta-Bounce (at the moment, her only combo move).

9. Mina is not the smartest character

When you look at her various scores, they are quite high, but her intelligence isn’t exactly her strongest suit. This is fine, considering she is a character who relies on more than just intelligence and is still considered one of the most strong of the group.

In terms of how they shout, holler, and go on, it appears that you might say this about a lot of anime characters because their facial expressions and overall tone range from dour to incredibly lively. However, describing just one of them as emotional is akin to describing the ocean as moist.