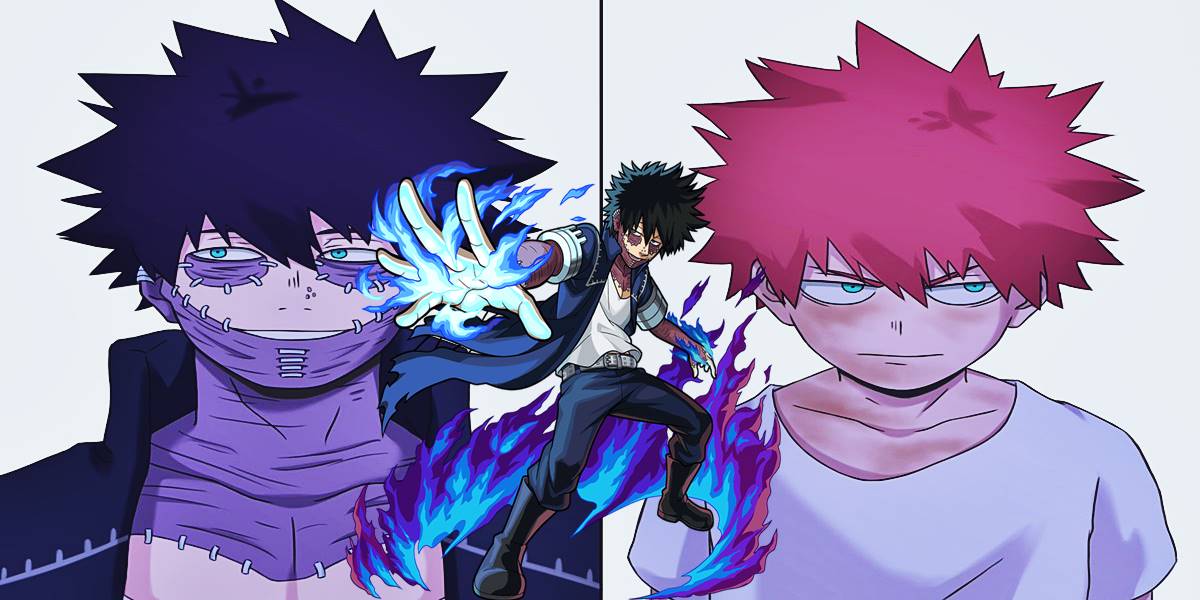 MHA Dabi: Touya Todoroki, often known as Dabi, is a ruthless character. Killing is second nature to him. However, all villains, including Dabi, were once innocent. He has gone through a lot of pain to get to where he is now. Fans were eager to learn more about the character’s path. As a regular reader of the manga, anyone can attest to the fact that his arc will move people’s hearts. It has the villain’s brutality and just the right amount of emotions to have us sympathize with him rather than detest him.

When the My Hero Academia anime began to gain traction, the book had progressed far beyond its happy-go-lucky school chapters. In comparison to the manga, the anime scarcely introduces Dabi. In recent chapters, Kohei Horikoshi has become a significant revelation. Even those who haven’t read the manga know that Dabi is Touya Todoroki, Endeavor’s presumed deceased son. The weight of Dabi’s presence was palpable. Every forum was flooded with discussions about the subject. Before the reveal, popular fan theories suggested that the new flaming enemy might be Endeavor’s kid.

In Kohei Horikoshi’s My Hero Academia, Dabi is one of the series’ main antagonists and one of the most well-known characters. He poses a serious threat to the Hero society as a member of the League of Villains, and he, like the rest of the group, aims to put an end to it. Here in this article, we will discuss on 10 facts about Dabi.

Despite the fact that everyone thought Toya had died, he continued on with just one aim in mind at the time: to kill his father, Endeavor. Toya’s horrific assault left him emotionally traumatized, and he was forced to become a Villain and assume the persona of Dabi until the day he died.

2. In the past, he “died” after being completely consumed by flames.

Dabi was abuse by his own father, Enji Todoroki, who only saw him as a tool to help him achieve his ambition of one day surpassing All Might. Dabi, then Toya Todoroki, would often break down and question his own existence after being abuse by his father. He went to Sekoto Peak, where his father use to train, one day and was entirely consume by flames that burnt at temperatures above 2000° Celsius. His jawbone was the only portion of his body discover.

3. He Was Considered A Failure Despite His Potential By Purpose

Dabi was born as ToyaTodoroki, Endeavor’s eldest child, and was raise to be someone whose sole purpose was to exceed All Might. Toya’s Quirk was said to be more powerful than Hellflame’s.

Because his father was capable of making flames that burned hotter than Enji’s, he hammered everything he knew into him, knowing that he had the capacity to one day exceed him. Rei, on the other hand, was eventually declare a failure due to his frail condition.

4. He prefers to fight from a distance because he is weak in close combat.

Dabi, although being an immensely powerful villain, has flaws, and one of them is close-quarters combat. Dabi isn’t use to fighting his opponents up close, which is why he prefers to fight from a distance.

5. In the League, he serves as a Lieutenant of the Liberation Front.

Dabi is an immensely useful member of the League of Villains, which has since merged with Re-Destro to become the Paranormal Liberation Front.

Dabi was awarde the duty of a Lieutenant of the Liberation Front as one of the toughest Villains. As co-commander of the Violet Regiment, he was a partner with Geten, a Meta Liberation Army member.

6. Dabi was also rejected by his parents. (MHA Dabi)

Of course, because Shoto has two elder siblings, Endeavor deems these two older brothers to be failures.

Endeavor was attempting to create a hybrid that would one day defeat All Might, and it was for this reason that ShotoTodoroki’s mother chose to deny and mistreat her youngest son, in addition to enduring horrific training with her Father, Endeavor.

It’s not out of the question, nor is it shocking, if one of the brothers cleans up on the dark side of the force. You know, I ended up becoming a villain… Their father’s enmity.

7. Dabi was Abused As a child

Dabi’s emotional background is one of the saddest of the top ten Dabi facts. In the case of ShotoTodoroki, Endeavor’s inability to be a parent has already been established. With Dabi, he was no better. Endeavor saw fit to place Dabi’s dreams on his shoulders when he was a toddler. Endeavor began to hold up greater goals to Touya as his powers expanded, and the boy felt bound to meet them.

Dabi’s flame isn’t like any other. Dabi can create a lot of intense flames, as we’ve already mentioned. But just how strong are these flames? Dabi’s scorching flames reach temperatures of almost 3000 degrees Fahrenheit. Even a quarter of that power would be enough to turn human flesh to ash.

9. The Influence of Cremation (MHA Dabi)

Dabi’s blaze Quirk allows him to instantly generate blue flames from his body, which he may spew at whim from any region of his body with minimal effort. His flames are really hot, and that’s putting it mildly. Their temperature and intensity are thought to be higher than conventional fire because of their blue hue.

Dabi can also combust anything he comes into contact with, including wood, rock, and cement.

He’s so powerful that Twice’s clones of Dabi were clearly far weaker than the original Villain, despite the fact that they were able to hold off both SekijiroKan and Eraser Head during the Forest Invasion.

What gives the Villain such clout?

10. Where did Dabi get his identity? (MHA Dabi)

As you may know, KoheiHorikoshi, the author of My Hero Academia, likes to incorporate riddles and create uncertainty and speculations among his fans.Blueflame is a low-rank villain, and as I previously stated, we don’t know his real name. However, his Dabi signifies cremation, which is the same name as his quirk.