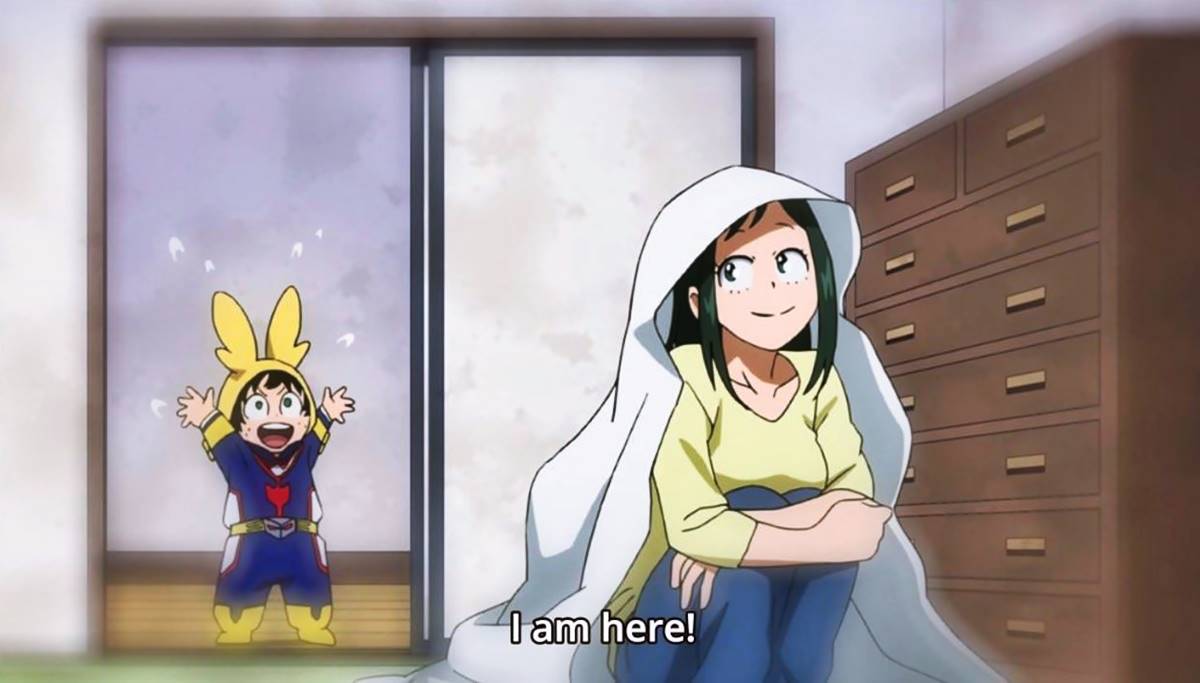 MHA Inko Midoriya: Deku’s mother may go unnoticed, but she is one of the show’s most crucial characters. If we were to pick one of My Hero Academia’s unsung heroes, we’d have to go with Inku Midoriya. She may not have the title of hero, but she is a hero in our hearts. Inku deserves a lot of admiration for her role as the mother of the famous and beloved Izuku Midoriya (aka Deku).

Inko used to be a thin woman, and she now has shoulder-length hair with a ponytail on the left side. She has gained weight over the years and is beginning to show signs of her advanced age. This alteration in her appearance is strongly hinted to result from her guilt for Izuku’s lack of a Quirk.

Some fans have developed a strong attachment to her, which is why there is so much fan art devoted to her. Others appear blissfully unconscious of her presence once she’s gone from the screen. We’re going to take a break today and concentrate on her. In this blog, we will discuss the top ten facts about Inko Midoriya.

One of our favorite things about Inko Midoriya is that she never sought to hide from the passage of time. We first saw her when Deku was a small child and she was a young mother. They’ve been together for several years now. And it’s obvious.

Despite this, Inko appears to be more maternal and lovable than ever before. You can see the love on her face, but you can also see how the world has caused her anxiety and worry.

Birthdays are significant occasions. Isn’t that self-evident? Some people like to make a list of famous persons with whom they share birthdays. We’ll go ahead and do it for Inko because she hasn’t done it yet.

Inko’s birthday is July 4th, which means she gets to celebrate with both a hero and a villain. Captain Celebrity, Christopher Skyline, and she share the same birthday. As well as Wolfram, the antagonist from the film Two Heroes.

3. Talents that are not well known

The more time you spend looking at the details, the more evident that Inko is a gifted and creative individual. We all know she designed Deku’s original costume, but consider this for a moment. She made a full-fledged costume out of what was essentially a child’s artwork as a pleasant surprise.

We’ve also observed her cooking and spending a lot of time in the kitchen, preparing various meals for herself and her son.

Are you ready for a stunning revelation? Inko Midoriya is in a ship, which isn’t surprising if you’re actively shipping. That is to say; fans are ecstatic at the prospect of her falling in love with one of the main characters. Are you able to figure out who it is? It’s none other than All Might himself. Yep! You’ve got to admit; there’s something there. Or maybe it’s simply our inner ship peeking out.

Inko’s peculiarity is tiny and easily forgotten (no offense, Inko). That could be partly because we don’t see it in action very often. On the other hand, her quirk has no name, which speaks volumes about how insignificant it is.

In essence, it allows her to draw little objects and items towards herself. From what we’ve seen, pulling something from a significant distance necessitates numerous movements (read, more than a foot or two). However, that would still be useful. There’s no need to get up to obtain the remote!

6. Husband Who Is Not Present

Fans have undoubtedly noted that Inko has been the lone parent in Midoriya’s life since he was a child. But, honestly, we don’t know much more than the fact that her husband, Hisashi, is nowhere to be found. Fans have no way of knowing whether he is alive or not. While it’s easy to believe he’s died, there’s also the possibility that he departed for another cause or is else traveling. Perhaps this is a question that will be answered in the future.

7. In Her Name References

Inko’s name contains various allusions and references. Her name is one of the nicest we’ve come across, although it could just be our prejudice showing. Her name can be defined in two forms. The first is an obvious allusion to her peculiarity and can be construed as ‘pull.’ The second is for a parrot, which is a nice way to think about Deku’s devoted mother.

Izuku’s doctor told him (and his mother) when he was a child that he didn’t have any peculiarities. Both of their hearts were broken, albeit for different reasons. Deku’s fantasy was broken (or, more accurately, made more difficult, for he was too stubborn to give up).

Inko, on the other hand, took on all of the shame that came with this knowledge. While she didn’t carry any responsibility, she didn’t view it that way. Inko afterward felt guilty for doubting Deku’s ability to become a hero. In a nutshell, she’s a woman plagued by unnecessary guilt.

Inko is a clever woman, but she suffers from anxiety and has a tendency to overreact. We’ve seen her pass out before, as well as experience panic attacks. It’s awful to watch her in such pain, but she appears to be very proud of Midoriya.

Her absence at crucial moments in Deku’s life (for example, at the U.A. Sports Festival) suggests that she prefers to avoid huge crowds. We can only presume that it gives her even more anxiety based on her conduct.

Last but not least, Inko and her kid truly have a lot in common. Is it the other way around, or vice versa? Both Inko and Izuku have a strong tendency to cry and from a wide range of emotions. They’re both extremely emotional people who aren’t afraid to show it. It’s cute, even though it tends to get kids into trouble more often than not. Nonetheless, this mother-son duo is legendary, and they adore each other with all of their hearts.