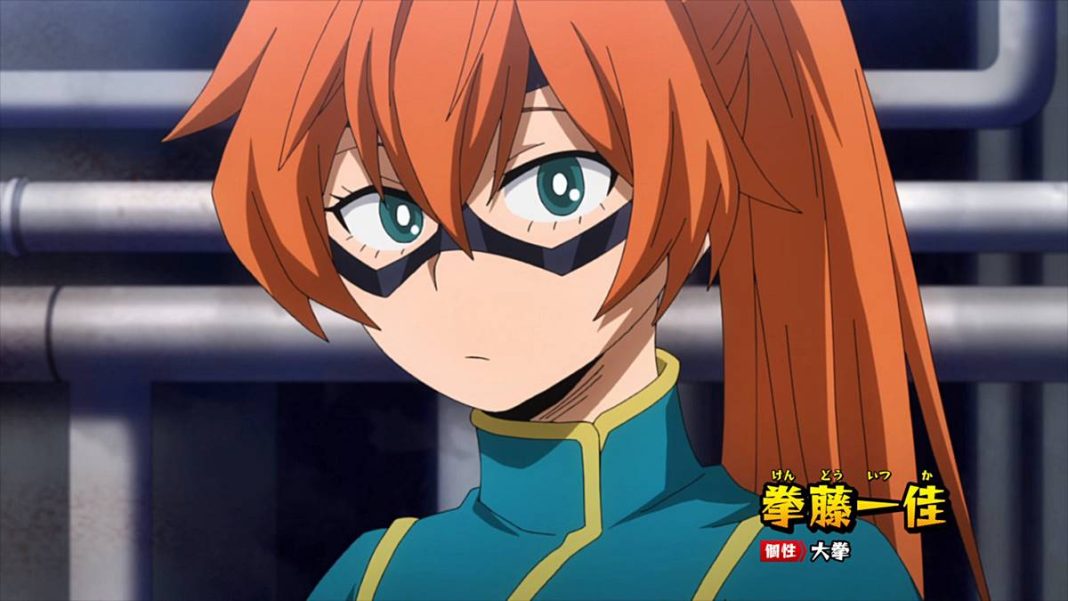 MHA Kendo: Itsuka Kendo isn’t as well-known as some of the other students in My Hero Academia. Itsuka Kendo, a student at U.A. High School Class 1-B, doesn’t get much attention on screen time like some of the more well-known students in the My Hero Academia series got, but she’s one of the strongest and capable of taking on powerful villains on her own and also one of the most interesting.

But, like with many of the show’s casual viewers and even some of its biggest admirers, the majority of people only know her name and design. From the martial arts allusion hidden in her name to background data about her, here are 10 surprising facts about Kendo that most people don’t know.

Itsuka Kendo was born on September 9 in Chiba, Japan, according to the My Hero Academia Databook. Her classmate Ibara Shiozaki was born the day before, on September 8, and her classmate Yuyu Haya was born the day after, on September 10. Aside from Kendo, Chiba is home to a number of interesting personalities, including senior students Mirio Togata and Tamaki Amajiki. In addition, Eijiro Kirishima and Ashido Mina, both from class 1-A, were born in Chiba.

9. Itsuka has a slim-build personality

Itsuka is a slim-built girl who stands at a medium height. She has teal eyes and has long orange hair, which she wears in a high ponytail on the left side of her head most of the time. Her bangs are broken into three clusters around her eyes, and tufts of hair protrude from the top of her head.

Itsuka’s hero outfit consists of a turquoise knee-length qipao with a black double-breasted corset that ends just below her breasts. Underneath the qipao, she wears black shorts. She wears a loose brown utility belt with a bag attached at the back across her hips, a thin black domino mask around her eyes, and white-heeled navy blue boots with broad vamps that stretch down to her toes, filled in with white slips. She replaces her regular qipao with one with extended wrist-length sleeves for her winter hero costume.

Horikoshi, the author of My Hero Academia, once stated that Itsuka Kendo is very popular among his crew. Despite the fact that Kendo did not receive much attention during the plot, she became surprisingly popular. This is due to Kendo’s kind temperament. Kendo, in contrast to her sly classmate Monoma, is always kind. Despite being a woman, she is a capable leader who can always be counted on.

6. Itsuka is Friendly but Analytical in Combat

Itsuka is also polite to those outside of her class and shows no ill feelings toward Class 1-A, making her one of the 1-B students’ minority. She has shown sympathy for others, despite the fact that she is not very close to them. After hearing about Midoriya and Tenya Ida’s run-in with Stain, she expressed worry for them and assisted Class 1-A by telling them what was meant to be on the practical component of the First Term Final Exam, despite the fact that this was slightly against the rules. Itsuka is a very analytical fighter in fighting. She can deduce the user’s location by understanding Mustard’s quirk and using that logic. She can also use her own Quirk to expel the gas Mustard produces.

Kendo is undeniably a tomboy, despite the fact that her character possesses both masculine and feminine traits. Horikoshi, for example, claims that her two favorite things are black coffee and motorcycles. Although the black-coffee-and-motorcycle-loving Kendo isn’t the version of her depicted in the anime, the concept fits nicely with her overall persona, and it distinguishes her from the rest of the show’s vast cast.

Itsuka is a lively young lady who is considerate of others. When she karate cuts Neito Monoma on the back of his neck to keep him from antagonizing Class 1-A and the rest of Class 1-B, she does not hesitate to reprimand them. She is also willing to turn off opportunities that would benefit her if she believes that other individuals are more deserving. This was demonstrated when she let Tetsutetsu Tetsutetsu and Ibara Shiozaki to compete in the U.A. Sports Festival tournament in place of her team. Itsuka’s joyful nature, according to Tetsutetsu, may bring all of Class 1-B together, making her the “big sis.”

3. MHA Kendo got the fifth position in U.A. Entrance Exam

The University of Arizona Entrance Exam is difficult because students must face numerous perilous situations. Even yet, Itsuka Kendo did so well that she came in fifth place out of all the pupils that took part. Being selected fifth amid a plethora of outstanding future heroes is a tremendous accomplishment. With 25 villain points and 40 save points, Kendo is in fifth place (65 points in total). Bakugo, on the other hand, was in first place with 77 points.

Itsuka’s Quirk allows her to grow both of her hands to enormous proportions. Higher size results in increased striking force and grasping skills. Itsuka appears to have higher strength than the typical human, as seen by her ability to carry people and raise her enormous hands with ease, as she demonstrated in her struggle against Mustard. Her larger hands provide her proportionately more cutting and grasping power. During the Joint Training Battle in round 2, she demonstrated her might by crushing Momo Yaoyorozu’s tungsten shields, the strongest metal on the planet.

Kendo’s blood type is O. This may appear to be a simple fact at first glance, but in Japan and South Korea, there is a widely held idea dubbed the “blood type personality theory” that one’s blood type is indicative of one’s personality. “O” blood types are known for being strong-willed, athletic, and kind, and Kendo embodies all of these traits throughout the series.