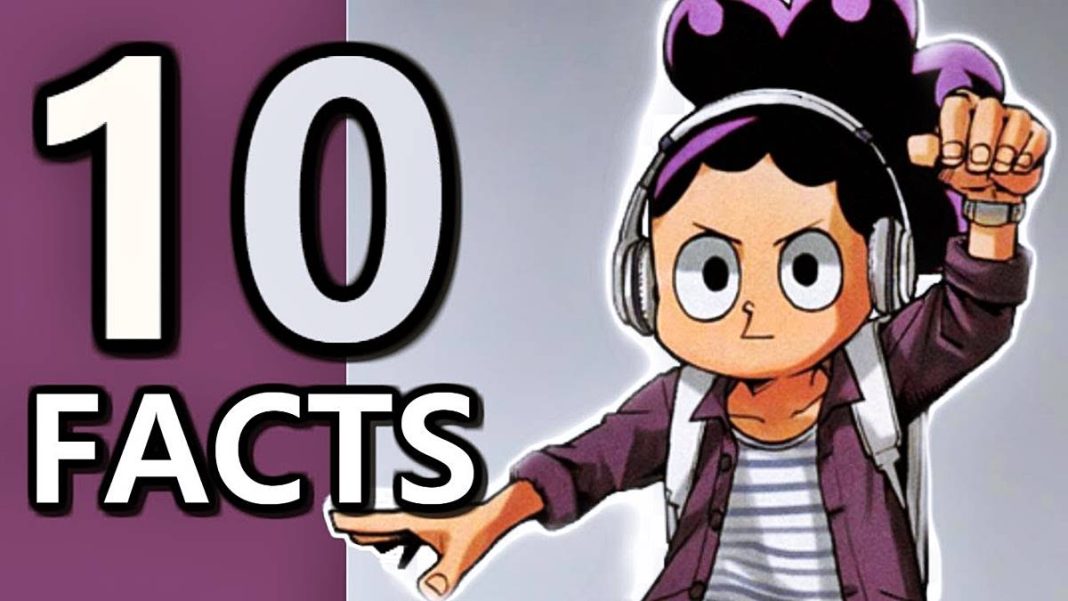 MHA Mineta: Minoru Mineta, the tiniest student studying to be a hero from Class 1-A, is well-known for his shenanigans. He’s the shortest in his class, and his distinctive haircut consists of four big black-purple Pop Off Spheres protruding from his head. he’s very sweet,  In terms of popularity, this little devil has had it difficult in the past. His basic yet highly driven desire to impress women drives him to become a Pro-Hero! Mineta isn’t shy about revealing that he has a really wicked sense of humor. Needless to say, his favorite aspect of the MHA universe, which is full of heroes and villains, is still- you got it-women.

Minoru is a short, stocky adolescent with a huge, round head and swollen cheeks. He has an extremely distinguishable philtrum, oval-shaped eyes with huge, black pupils, and strikingly thin eyebrows, and his nose is tiny, stubby, and points slightly upwards. He has a mohawk-like head of very short dark purple hair with four huge ball-shaped clumps. In this article, we will know the top ten facts about Minoru Mineta.

He likes to ogle women a lot

Although it is not one of his proudest characteristics, if a lady is present, Mineta is sure to make her feel uncomfortable. He frequently receives the treatment he deserves from them, such as being beaten up or chased away, and as a result, he is severely deficient in charisma and appeal. This is paradoxical because that is what he is most interested in.

His Popularity Is Declining

Mineta’s antics, predictably, do not sit well with die-hard MHA fans who prefer the other characters, particularly the female characters. Mineta ranked 18th, 31st, and 45th in the first three popularity polls conducted in Japan. Mineta, on the other hand, continues to act in this manner.

His Quirk, Pop Off (MHA Mineta)

Mineta’s Quirk is a unique ability; its application is highly situational and dependent on the user’s style. Minoru can create Pop Off Spheres on his head that are highly sticky for everyone else. He may detach and throw these Pop Off Spheres, regrowing newer ones in their place. These Pop Off Spheres have a strong adhesive backing. He’s demonstrated time and over again that he’s not a Quirk to be taken lightly. For example, during the First Term Final Exam, he utilizes Grape Rush at Midnight. Unfortunately, it also has a disadvantage. His scalp begins to bleed if he pulls too much. This is not something you want to happen to you during a grueling Pro-Hero battle. To counteract this, Mineta has been aggressively practicing so that when he takes his Quirk’s Pop Off Spheres off his head, his scalp bleeds less.

Midnight and Grape Rush are in a battle

Mineta wasn’t doing so well on the First Term Final Exam. He was paired with Sero and had to fight Midnight, whose powerful Quirk, Somnambulist, posed a serious threat. Sero is knocked unconscious by Midnight’s Quirk, leaving Minoru to face her alone. However, with some quick thinking, he defeats Midnight by using Sero’s tape as a mask to dodge the gas produced by Midnight’s Somnambulist. Grape Rush, his Super Move, makes its debut appearance here. He uses Grape Rush on Midnight, paralyzing her, and then flees the area where the gas is released, winning his victory.

Mineta is interested in two girls in particular, even though he is interested in each girl who comes his way. Tsuyu and Momo, to be precise. Minoru can’t take his gaze away from Momo and spends a lot of time around Tsuyu over the various tale arcs. It’s evident that he’s drawn to them, but he can’t get them on his side because of his juvenile and immoral behavior. Tsuyu and Momo are eager to chastise him for his transgressions.

He is a team player who is insanely smart

Mineta, as shocking as it may seem, is quite intelligent! He has some of the highest intelligence ratings in Class 1-A, a staggering 5/5! Mineta performs well in teamwork and has also proven himself in terms of skill, receiving a 4/5 for both! During the League of Villains’ ambush, his teamwork shines as he assists Midoriya and Tsuyu in escaping.

His Hero Clothes are Stick-Resistant

Minoru has created his costume in such a way that it is stick-resistant due to the nature of his Quirk. A purple bodysuit covers his entire body, including his limbs, and also includes a face mask. Not only that but his gloves are fashioned from a material taken from his scalp, making it easier for him to pluck his Pop Off Spheres.

Mineta’s background hasn’t been revealed in great detail, but what we do know is fascinating. Mineta had no luck with anyone when she was a small child. This explains his teenage fascination with girls, especially girls. His underlying purpose for being a Hero is very straightforward: he wants to be as cool as All Might and admires Midoriya.

His Simple but Effective Motivation

It’s difficult enough for people his age to have no luck with the ladies, but Mineta had absolutely no popularity as a child. Mineta’s road to becoming a Pro-Hero is founded on the underlying assumption that he will become cool, popular, and eventually be recognized as a possibly attractive person by the girls around him, and he idolizes these two elements as something he must have. To some, this drive may appear insignificant, but Mineta is pushing to the limit and beyond, as evidence by his ambition to become famous, which allows him to perform incredible things.

Mineta’s original concept includes a stem atop his head, in keeping with his Grape theme! This would most likely be a stumbling block for him when he attempts to pull off his Pop-Off Spheres. His shoes, strangely enough, looked a lot like Izuku Midoriya’s. Of course, as we all know, this was all adjusted later on, and he was give a more plain, yet distinct, appearance.