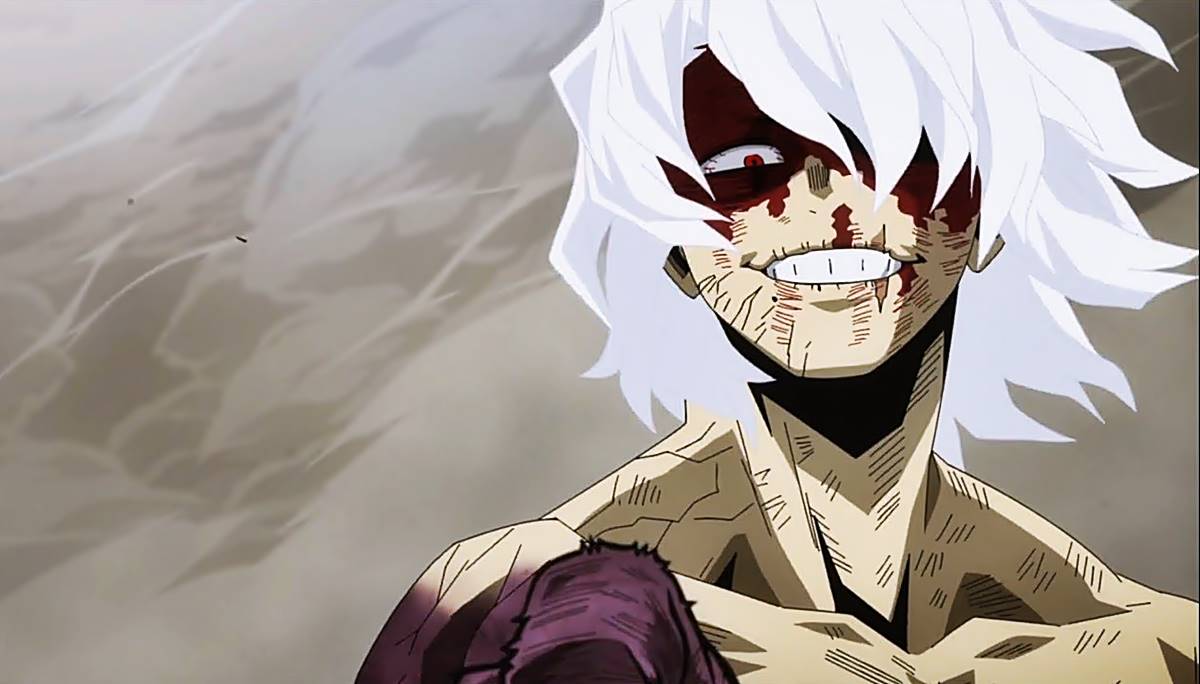 MHA Shigaraki: Even though My Hero Academia has some of the most powerful and distinctive heroes in fiction, fans would be foolish if they failed to notice some of the fantastic villains who occupy the universe of My Hero. Villains like Shigaraki Tomura have been harassing My Hero Academia’s teenage heroes since the series’ inception.

But how did Shigaraki become the evil that the series has exposed us to? What drew him down this bleak path aimed at destroying civilization as a whole? So, let’s see what happens. There are anime and manga spoilers ahead.

Shigarki Tomura was originally born Tenko Shimura, a fact that only a few individuals (including All Might and All For One) are aware of. Fans may recall that the hero’s surname was Shimura and that Nana Shimura would later pass One For All on to the young Toshinori Yagi.

All For One chose the young Tenko Shimura to carry on his cause because he understood how much it would hurt All Might to have to fight the family of the lady who had given him everything.

2. He is a victim of domestic violence.

The Shigaraki’s true identity is a mystery to many because when Nana Shimura gave birth to Tenko’s father, she would abandon him to protect him from the consequences of being a hero’s child.

His father grew up with a strong dislike for heroes, seeing them as people who would desert their own family to help strangers. Tenko’s father’s fury is something he’ll never let go of, and after becoming a father, he’ll start taking it out on Tenko.

3. He Murdered His Whole Family

Tenko was left devastated in the wake of a catastrophe he didn’t intend to commit after completely destroying his entire family. This is where All For One would find the young kid and take him under his wing, luckily for him and regrettably for the rest of the world.

Things might have gone out differently for the young boy if any heroes had been around to provide a hand to the terrified child. All For One, on the other hand, was the one who discovered him and gave him the name Tomura Shigaraki.

5. Keeping His Family in His Closet (MHA Shigaraki)

Tomura had destroyed every part of his family’s body except their hands, despite the fact that his family was utterly decimated. The hands of All For One would then be use to adorn the little lad with the crimes of his past. Despite the fact that he had destroyed most of his father, Tomura had one hand left, which he would use to cover his face. The rest of his family, as well as the hands of two unknown thugs, would adorn the rest of his body. Tomura has stated that wearing his hands both disgusts and calms him.

6. The Most Wanted Person in Japan (MHA Shigaraki)

The universe of My Hero Academia is densely populate by villains. It’s nearly impossible to avoid a few villains when nearly everyone on the planet has a quirk. While All For One was formerly Japan’s (and probably the world’s) most sought criminal, Shigaraki, his protege, becomes Japan’s number one villain after his capture.

7. His peculiarity is that he is prone to decay

Shigaraki’s special ability, Decay, allows him to destroy anything he touches with all five fingers of his hand. This is the kind of power that would rob a Shigaraki of his family and all chance of a future with them.

While Shigaraki’s quirk is extremely potent and fatal to anyone who comes into contact with him, it must at the very least complicate his life. Because his quirk has no “off switch,” he must be extremely cautious when holding anything. Shigaraki’s food plates, phones, and everything else he could need to handle is all in jeopardy.

8. Durability and strength have been improved

Shigaraki’s oddity is his ability to dissolve anything he comes into contact with, but he also has some outstanding strength and durability numbers. When the League of Villains kidnaps Bakugo, for example, the student releases a violent explosion in Shigaraki’s face, which Shigaraki hardly notices.

Deku appears unable to break free of his clutches even as he holds him captive with a single palm on his throat. Yes, he was probably attempting to avoid activating Shigaraki’s quirk, but he could’ve made a run for it even with One For All.

Though there are some extremely particular requirements that must be satisfie in order for Shigaraki’s quirk to be activate, Shigaraki’s situation will change later on. During the M.L.A storyline, Shigaraki loses three fingers while fighting Re-Destro, the head of the Meta Liberation Army, making it impossible for him to use his quirk with that hand.

Shigaraki, on the other hand, manages to awaken and use his quirk despite only having two fingers left on that hand, however his quirk’s speed is significantly reduced.

Though mangaka Kohei Horikoshi is known for drawing inspiration from a wide range of sources, including American comics, manga, film, and animation, Horikoshi drew inspiration for Shigaraki from a far more personal place.

Horikoshi’s main adversary, Shigaraki, is based on one of his very first one-shots, Tenko. It was about a young child who could transform anything into dust by touching it with both hands. This young youngster, like Shigaraki, was on a quest to eliminate all of the world’s swords.